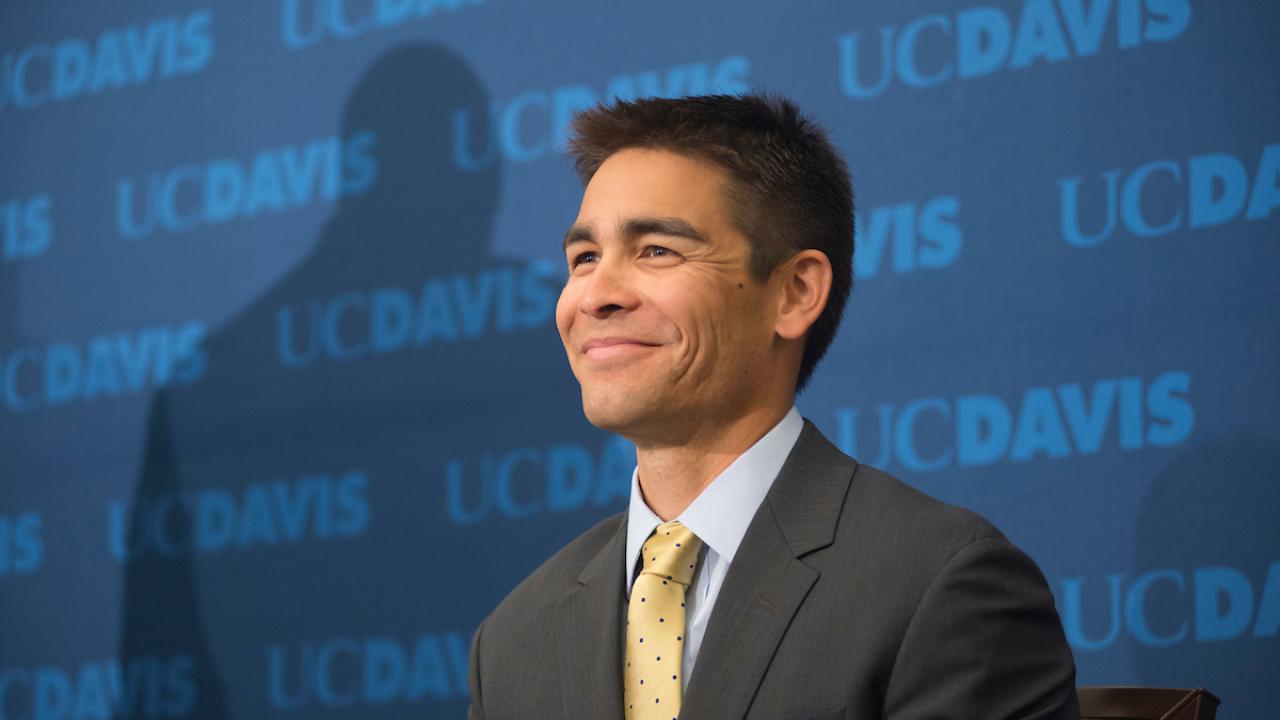 University of California, Davis, Chancellor Gary S. May announced today that Intercollegiate Athletics Director Kevin Blue has resigned his position effective Dec. 31. He will join Golf Canada in his hometown of Toronto as chief sport officer, where he will lead the national sport development and high-performance programs for golf in Canada, from the Olympics team to the grassroots junior participation programs.

“I’m immensely grateful for all Kevin has achieved for UC Davis," May said. “In just under five years, Kevin has led a transformational change in Athletics. The organization has thrived under Kevin’s leadership. The opportunity with Golf Canada is ideal for him in many ways, and I know he’ll do exciting work there.”

“I am deeply grateful for the opportunity to have worked with an exceptional group of student-athletes, colleagues and donors at UC Davis,” Blue said. “Together, we have built UC Davis Athletics into a successful Division I athletics program that prioritizes the most important things for its student-athletes. I’m very optimistic about the future of UC Davis and our athletics program under the leadership of Chancellor May, and I look forward to seeing UC Davis Athletics flourish to even greater heights.”

May stated that he’s taken steps to make this transition as smooth as possible, including asking Deputy Athletics Director Rocko DeLuca to step in as interim athletics director once Blue departs at the end of the month.

“I am honored that Chancellor May has asked me to take on this position and look forward to supporting our coaches, staff and student-athletes during our time of transition,” DeLuca said. “I want to thank Kevin for his leadership and vision. It’s been a great experience to work alongside him. UC Davis Athletics has tremendous momentum and I will work to ensure we continue to build upon our successful foundation.”

May plans to establish a national search committee in the next few weeks with the goal of bringing on a new leader to build on Blue’s success early in 2021. More details will be announced soon.