UC Davis Came Together After 9/11 Attacks

UC Davis’ first response to the Sept. 11, 2001 terrorist attacks was a call for unity, and that same sentiment persists to this day.

“One of the greatest outcomes of 9/11 is our willingness to come together in both good and difficult times,” Chancellor Gary S. May said. “As we commemorate the tragedy of 20 years ago, let’s also continue to strive for kindness and compassion. Let’s continue to value and respect our various perspectives, backgrounds and experiences.”

His remarks, made this week ahead of the 20th anniversary of the attacks, echo the comments made by then-Chancellor Larry Vanderhoef at an open campus forum held the day after the attacks.

“It is clear when a tragedy like this occurs, we must come together as a community,”  Vanderhoef said then.

Later that week — Sept. 14, named by President George W. Bush as a National Day of Prayer and Remembrance — he gathered with hundreds of students, faculty and staff, at Lake Spafford, making a point to welcome Sultan Yusufzai, president of the Muslim Student Association.

Racism and hate crimes were reported around the country following the attacks, and there was one report of a verbal assault on campus the day of the attacks. Vanderhoef said even one such incident at UC Davis was too many.

He continued on the topic of unity at Fall Convocation, Sept. 26.

“We must not permit these acts to turn us against one another, for, if we do, then the terrorists will have won again,” he said in his Convocation address Sept. 26. “We must instead recognize that this terrorism is the work of a few. It cannot and should not be associated with an ethnicity or a country or a part of the world and certainly not with a religion that preaches non-violence.”

Army Lt. Col. Don Hill, UC Davis’ ROTC director at the time, recalled deployments where he befriended Muslims and was given a copy of the Quran.

“Please do not hold anything against the Islamic people, the Islamic faith,” he said at one of the events held in the immediate aftermath of the attacks. “That would be an injustice.”

The university lost one former student in the Sept. 11 attacks: Christian Adams, 37, came to UC Davis from Germany for one year in 1988 to study viticulture and enology and business, and went on to become deputy director of a group that markets German wines abroad. He was in the United States for a series of wine tasting events, and was traveling from New Jersey to San Francisco aboard United Airlines flight 93, the hijacked plane that crashed in a field in Pennsylvania after the passengers and crew tried to regain control.

The same sentiment of unity and acceptance from 2001 is still present elsewhere on campus today. The Campus Community Book Project for 2021-22, as announced last month, is How to Be an Antiracist by Boston University history professor Ibram X. Kendi. 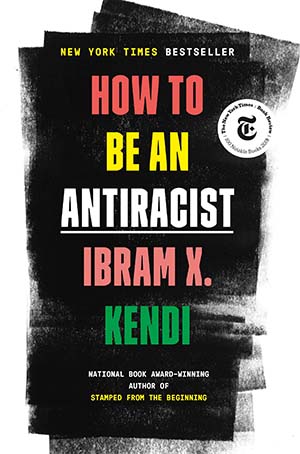 Kendi will visit campus in March to discuss his book, which The New York Times called “a 21st-century manual of racial ethics.”

The book project itself began in the year following Sept. 11, as a way to facilitate shared discussion of a difficult topic, encouraging respect for differing viewpoints, following the guidance of the Principles of Community. The first book was The Spirit Catches You and You Fall Down: A Hmong Child, Her American Doctors, and the Collision of Two Cultures by Anne Fadiman.

Much has changed in the two decades since the Sept. 11 attacks, and a group of School of Law faculty members will discuss its lasting impacts on laws and practices at a virtual panel discussion at noon this Friday (Sept. 10, 2021).

The discussion, “A Day that Changed Our Nation and the World: 9/11’s Impact on Civil Liberties Two Decades Later,” is sponsored by the School of Law’s Aoki Center for Critical Race and Nation Studies.