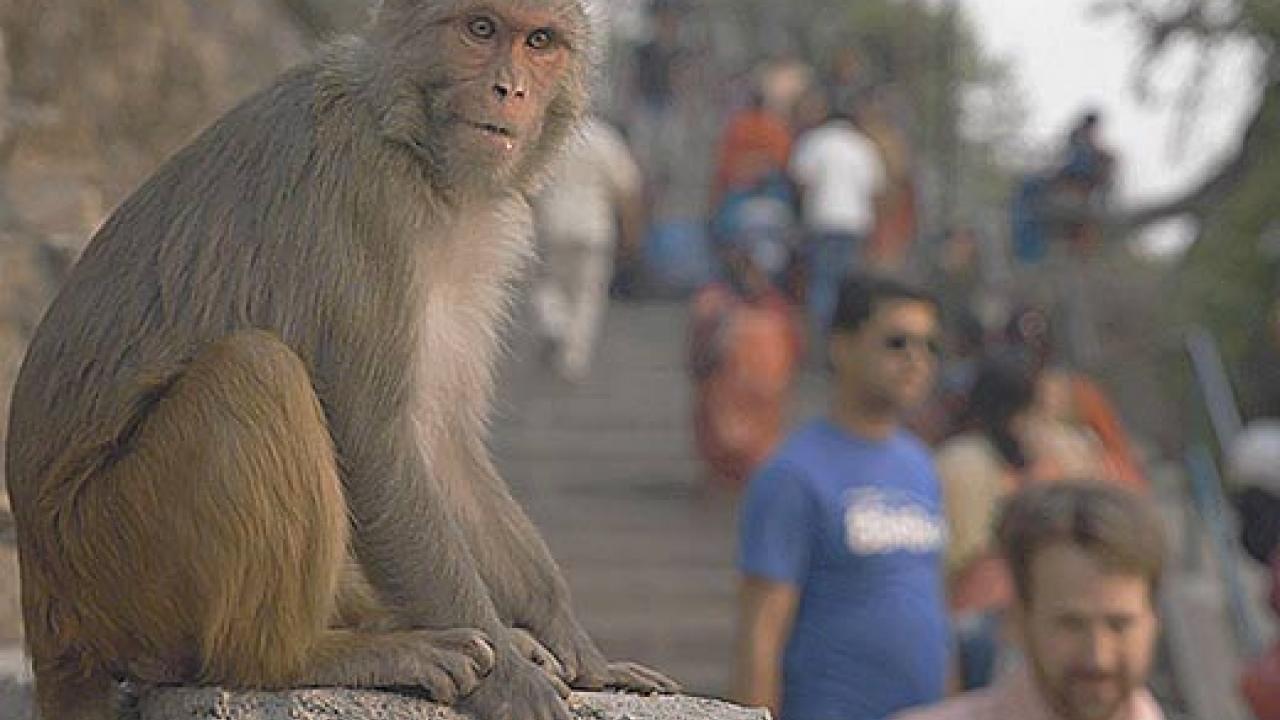 The United States Agency for International Development has awarded up to $100 million for the second phase of the PREDICT project based at the University of California, Davis, School of Veterinary Medicine. PREDICT is part of the Emerging Pandemic Threats, or EPT, program — an unprecedented international campaign to rapidly detect and respond to emerging viruses such as Ebola and SARS that move among people, wildlife, and livestock.

PREDICT is managed by the school's One Health Institute. The new award is one of the largest extramurally funded projects in UC Davis history.

“PREDICT and its partners have enabled a platform for effective collaboration across disciplines and geographic borders to promote global health problem solving,” said Jonna Mazet, director of the One Health Institute and principal investigator of the new award. “We can now attack problems, like Ebola, before they start — reducing fear and improving response and control.”

The award for the PREDICT project opens a second phase for the EPT program. Building on its long-standing efforts in disease surveillance and response, USAID is developing multiple initiatives to help prepare the world for emerging infectious diseases like pandemic influenza, SARS and Ebola. Other partners within USAID’s EPT program include the PREPAREDNESS & RESPONSE and ONE HEALTH WORKFORCE projects, the U.S. Centers for Disease Control and Prevention, the Food and Agriculture Organization, and the World Health Organization.

For the past five years, the One Health Institute has led a global consortium of implementing partners in conducting pathogen surveillance, viral discovery and global health capacity strengthening in more than 20 countries. In that time, the PREDICT team:

The new award will build on the success of the first phase of PREDICT, funded in 2009. In collaboration with other U.S. government, international and host country partners, it will continue to strengthen health capacity and to intensify pathogen surveillance and risk assessment activities in geographic areas and animal-human interfaces identified as high-risk for the emergence and spread of disease.

Tragically, the world is currently responding to the worst Ebola outbreak in history. The extreme challenges faced in this response are amplified by the lack of public knowledge on the virus and its potential hosts and transmission. Unfortunately, the countries in West Africa were not expecting or prepared for this epidemic, primarily because there was previously no evidence that the Ebola virus was present in that region of Africa.

In contrast, during a separate Ebola outbreak in this same time period in the Democratic Republic of Congo, where the PREDICT team and other partners were actively engaged with the government and inserted into the public health infrastructure, sick individuals were detected much more quickly. Samples were tested and control measures implemented all within just days of the first signs of illness. The rapid response and significantly reduced death toll in DRC illustrate what can be achieved when a One Health workforce is trained, employed, and able to be activated in the face of extreme health challenges.

In this second and new phase, PREDICT will continue to focus surveillance on viral families of epidemic and pandemic potential. These include coronaviruses, the viral family to which SARS and MERS belong, influenza viruses, and filoviruses, such as Ebola.

This second phase will also increase focus on the effects of human behavior and other drivers for disease emergence and spread, with a focus on livestock and people living in high-risk areas for disease spillover and transmission. By working with social and behavioral scientists in a transdisciplinary approach, PREDICT will integrate virus detection with investigations of human-animal interactions and the social and cultural reasons for those interactions. This One Health approach is designed to improve our understanding of the dynamics of zoonotic disease spillover, evolution, amplification, and spread in order to inform future prevention and control measures.

The One Health Institute will execute the project in a coordinated consortium with EcoHealth Alliance, Metabiota, Smithsonian Institution, and the Wildlife Conservation Society, along with valued technical partners at Columbia University’s Center for Infection and Immunity, HealthMap at Boston Children’s Hospital, International Society for Infectious Disease, and the University of California San Francisco’s Viral Diagnostics and Discovery Center.

“Our work has shown that emerging diseases are on the rise and represent a growing threat to our health, our economies, and our global security,’ said Peter Daszak, president of EcoHealth Alliance, a partner in the PREDICT consortium.  “This next phase of funding allows us to identify the activities that cause diseases to emerge in high-risk disease ‘hotspots’ so that we can minimize the impacts of a new virus spilling over and infecting people.”

The consortium will continue to work closely with partner organizations in each country, as well as with a network of laboratories, universities, government ministries and agencies in these global hotspots. PREDICT is engaged in the Africa, South Asia, and Southeast Asia regions, working in Bangladesh, Cambodia, Cameroon, China, Democratic Republic of Congo, Gabon, Indonesia, Laos, Malaysia, Myanmar, Nepal, Republic of Congo, Rwanda, Tanzania, Thailand, Uganda, and Vietnam, along with a new focus in West Africa in response to the Ebola outbreak.

The consortium is united by their belief in the One Health approach, which employs the knowledge that the health of animals, people and the environment are inextricably linked to solve global health problems.

“The new funding for PREDICT will allow our One Health Institute investigators and their partners to continue to identify pandemic threats and build capacity in developing regions worldwide,” said Michael Lairmore, dean of the School of Veterinary Medicine. “The UC Davis School of Veterinary Medicine has an extensive history of excellence in public health programs that address societal needs. This new funding will ensure our research teams' continued contributions to enhance capabilities to prevent future pandemics.”

“Attempts to date to control deadly viruses have been almost entirely reactionary due to structural and technological limitations,” Mazet said. “The world is now poised to be able to identify the key processes influencing the evolution, spillover, amplification and spread of pathogen threats in order to halt them at their source.”

About the One Health Institute

The One Health Institute is active all over the world, working at the interface of animals, people, and the environment to solve complex problems that impact health and conservation. The institute grew out of the UC Davis School of Veterinary Medicine’s deep commitment to the One Health approach and is home to the well-established Wildlife Health Center. Executive Director Jonna Mazet, DVM, MPVM, Ph.D., and our scientists and educators provide innovation and leadership to UC Davis, the UC system, state and federal agencies, and to partners around the globe. More information: http://www.onehealthinstitute.net.

The UC Davis School of Veterinary Medicine’s mission is to advance the health of animals, people and the environment. To carry out this mission, we focus on students of our professional Doctor of Veterinary Medicine program, Master of Preventive Veterinary Medicine program, graduate clinical residency program and graduate academic M.S. and Ph.D. programs. The School of Veterinary Medicine serves the people of California by providing educational, research, clinical service, and public service programs of the highest quality to advance the health and care of animals, the health of the environment, and public health, and to contribute to the economy. We address the health of all animals, including livestock, poultry, companion animals, captive and free-ranging wildlife, exotic animals, birds, aquatic mammals and fish, and animals used in biological and medical research. Our expertise also encompasses related human health concerns. More information: http://www.vetmed.ucdavis.edu.