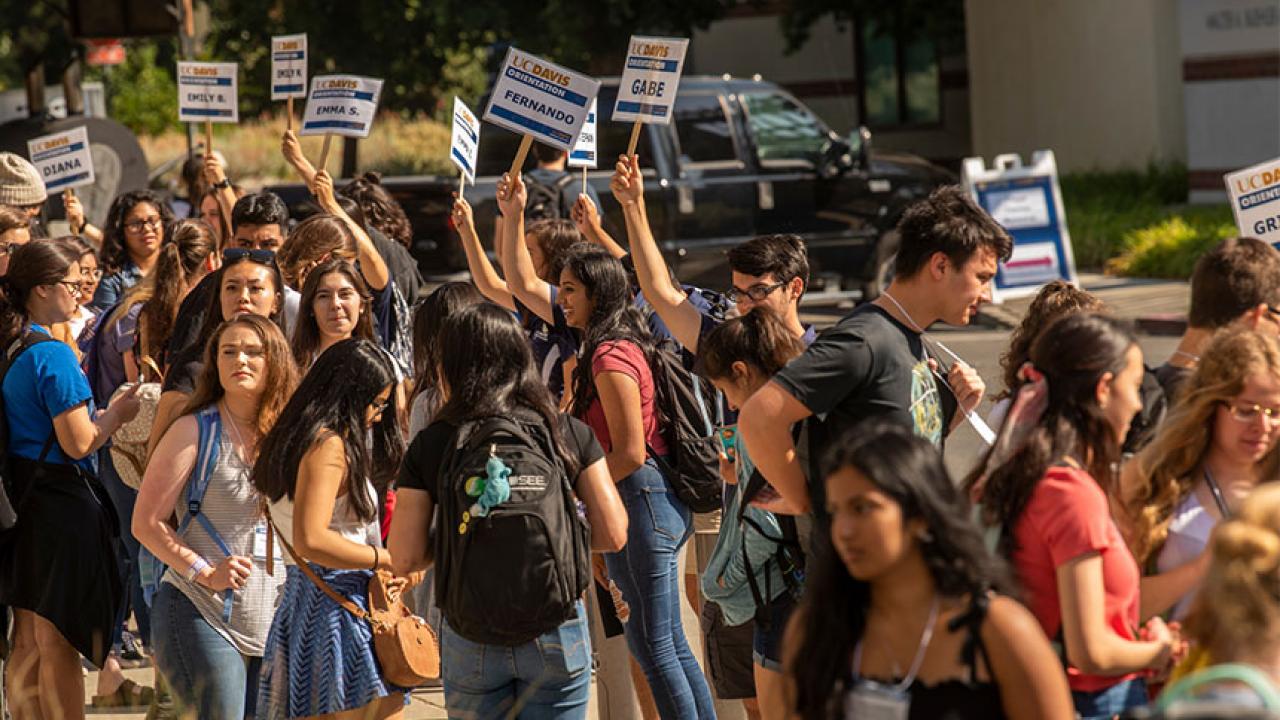 The University of California, Davis, offered freshman and transfer admission for fall 2019 to 40,350 applicants — including 299 more California residents than last year.

The increase in state residents came even while the total number of students admitted for undergraduate study decreased by 3.8 percent, according to statistics released today (July 22) by the university system.

“We are pleased to be able to extend the opportunity for more California residents to join the Aggie family and study at UC Davis,” said Ebony Lewis, executive director of Undergraduate Admissions at UC Davis.

Because California residents accept offers of admission and actually enroll at higher rates, the enrollment of nonresident undergraduates — new and continuing — is not expected to exceed the 18 percent cap that the UC Board of Regents established in 2017 for UC Davis and four other campuses. In fact, UC Davis has enrolled the most California resident undergraduates of all UC campuses since 2010.

Diversity and other measures

Chicano and Latino applicants continue to account for more than 26 percent of admitted California freshmen and of transfer students admitted from California Community Colleges.

UC Davis recently reported on its goals as a Hispanic Serving Institution and is applying for grant monies available to only those institutions with the federal designation.

Among admitted California residents who reported the following demographic information, about 41 percent would be in the first generation of their family to graduate from a four-year university, and 38 percent are from low-income families.

The campus estimates it will actually enroll about 9,100 new freshmen and transfer students this fall, a decrease of about 4.5 percent from fall 2018.

Undergraduate enrollment, including new and continuing students, is expected to be about 30,800; total enrollment — including undergraduate, graduate and professional students — is expected to be approximately 39,400. While most of the enrolled students will be associated with the campus in Davis, about 2,000 of the 39,400 will be enrolled in programs outside of Davis.

Statistics for the university system and UC Davis are available online.