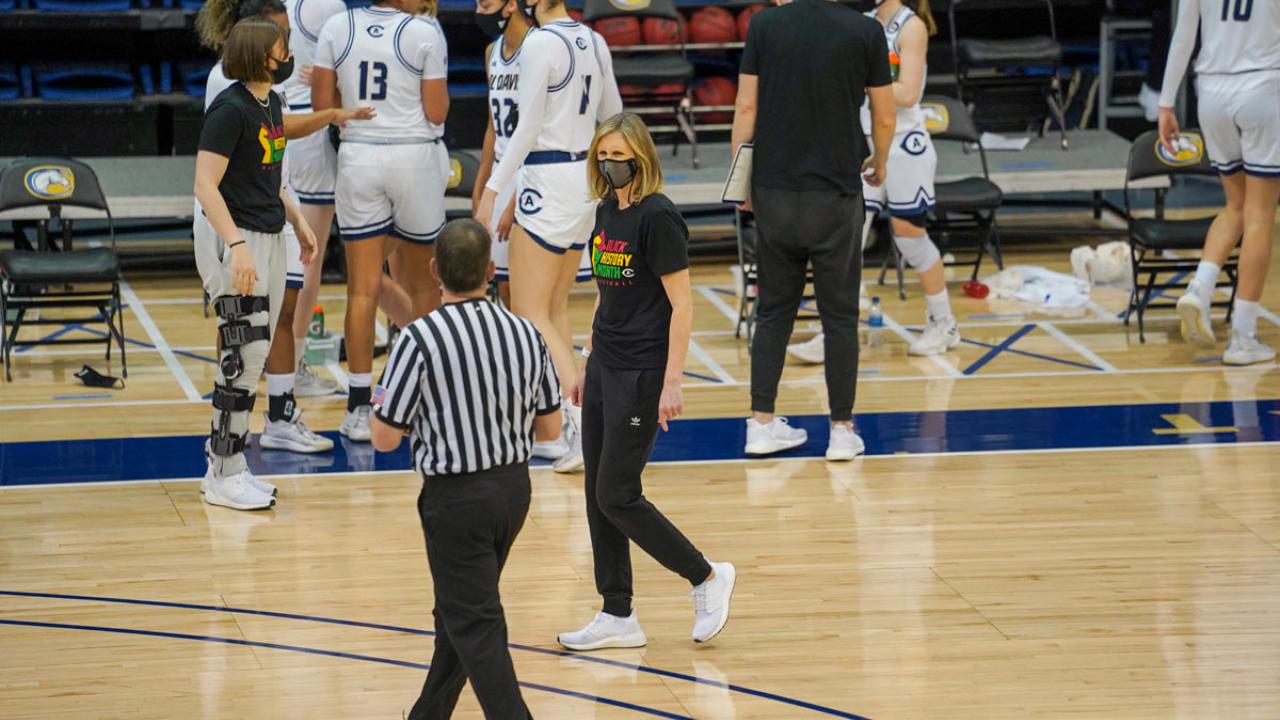 They started, they stopped, they started again. Basketball in this pandemic-impacted season has been a struggle — but here they are: the UC Davis women’s team, Big West Conference champions for the firth year in a row, and the men’s team, winner of six of their last seven games.

Now they are starting again, playing this week in the Big West Conference tournaments in Las Vegas — the women start play on Wednesday (March 10), the men on Thursday (March 11). No fans are allowed, but all games will be shown on ESPN2 or ESPN3.

Winners of the women’s and men’s tournaments will advance to the NCAAs.

The women will open play in the quarterfinals: 11 a.m. Wednesday (March 10) vs. the winner of a first-round game between UC Riverside and Cal State Fullerton. The quarterfinal winner goes to a semifinal game at noon Friday (March 12). The championship game is set for 5 p.m. Saturday (March 13). All women’s game are on ESPN3.