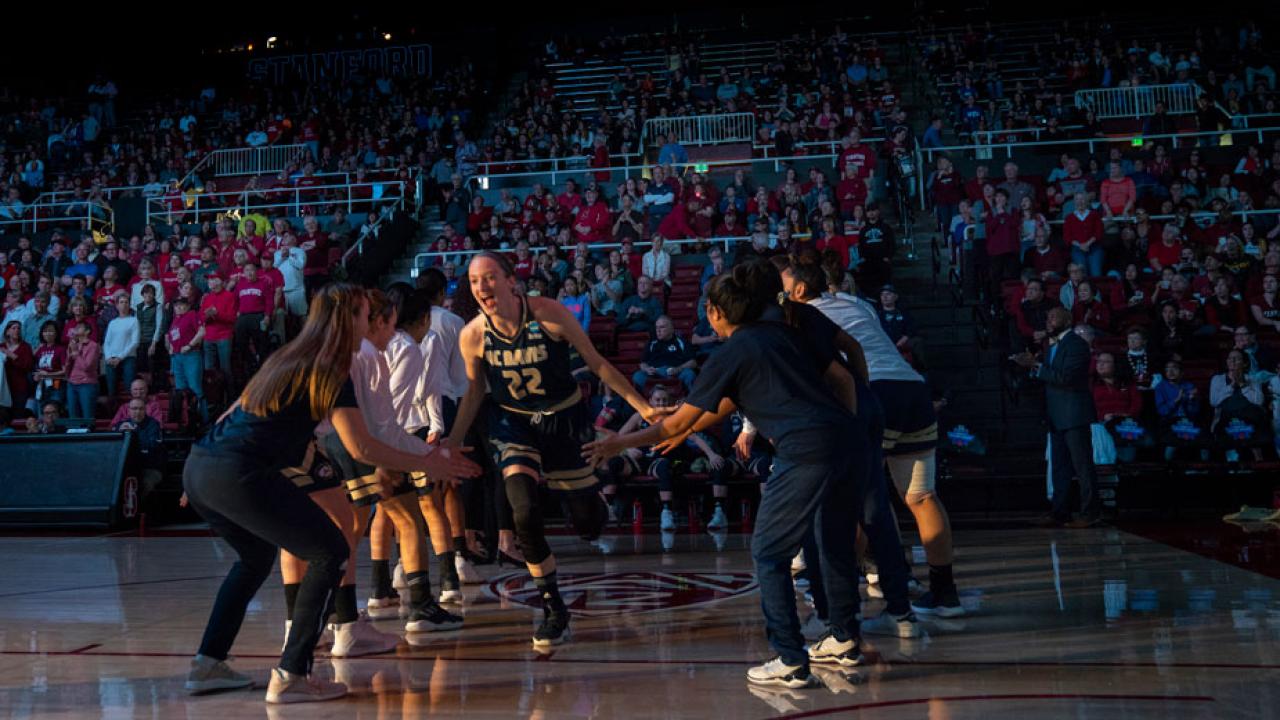 This Team: Marvelous and Memorable

UC Davis women’s basketball closed out March Madness with a first-round loss at Stanford last Saturday (March 23), but there’s no taking away …

And, last but not least, the Morgan Madness that permeated the entire season. Morgan as in senior Morgan Bertsch, who finished her Aggie career with 2,422 points, the most for any player in UC Davis men’s and women’s basketball history (and, who, during Saturday’s game, moved into third place on the list of all-time scorers in the Big West).

“Sometimes you get lucky because you get a group of people that are selfless and that care more about the team than they do themselves, and that’s what we have in our group this year,” Jennifer Gross, Big West coach of the year three years running, told the media after the Stanford game, as quoted by The Davis Enterprise. “They’re a really special group of individuals who compete for each other.”

“This has been one of the most rewarding, richest coaching experiences that I’ve had — and it’s all because of Kourtney (Eaton) and Karley (Eaton) and Morgan and all the other student-athletes that we’ve had,” Coach Gross said.

So, here’s a last look at those student-athletes and their memorable season: studying, preparing, competing until the end, and celebrating with their heads (and arms) held high.

See more photos in this gallery.