On the football field, Kooper Richardson uses all of his 300 pounds and 6-foot-6-inch frame to defend his UC Davis quarterback. On this Saturday after Valentine’s Day, he gently held the hand of a teen in a sparkling crimson gown as they waited in line to have their portrait taken.

Richardson was one of five Aggie teammates serving as escorts at the Shining Stars Prom for teens and young adults with special needs at Destiny Church’s community center in Rocklin.

“Some of us just love doing this so much,” said the senior, who is majoring in communication.

Volunteers were paired with about 70 individuals from age 14 to 30 for the evening that featured a red-carpet entrance, corsages and boutonnieres for the guests, photos, dancing and refreshments. And from the Aggies, gentlemanly attentions.

“We want the prom to be something they’ll remember for the rest of their lives,” said Kaden Richardson, Kooper’s brother, an offensive lineman and freshman majoring in communication. 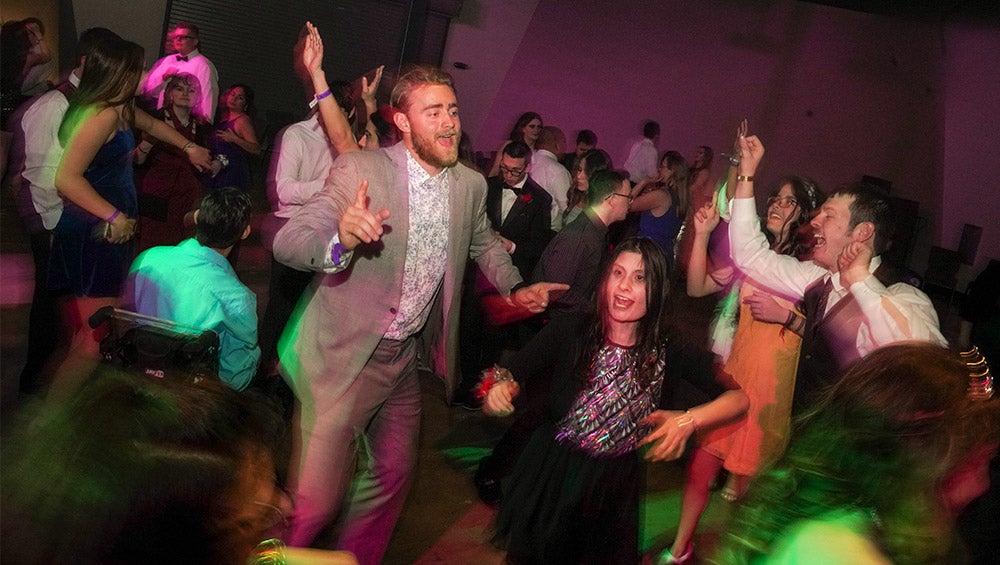 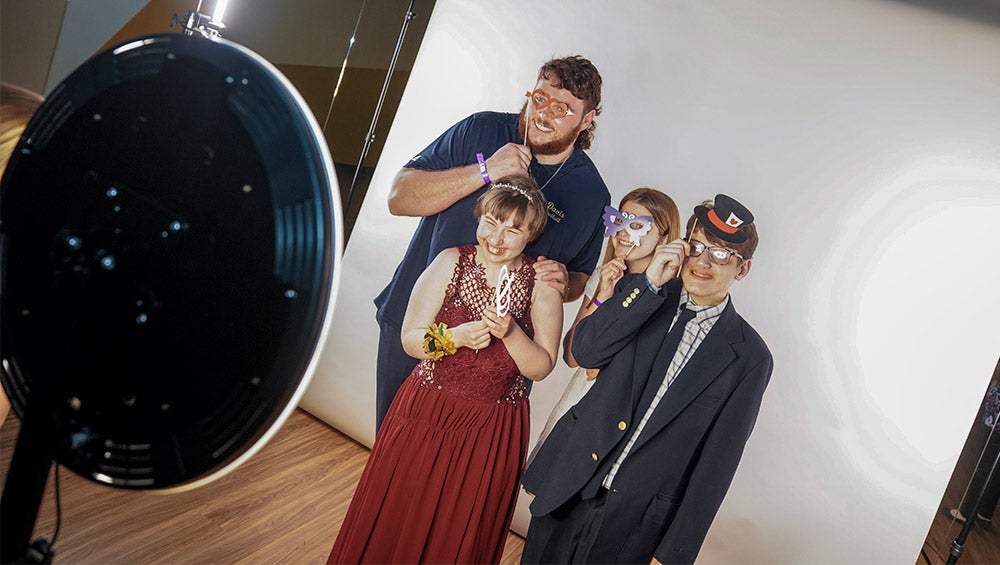 Since his senior year in high school, Kooper had been an escort at the annual Evening of Dreams prom in Sacramento, also for special needs individuals. Over the years, he had involved teammates — including 15 last year. When that event was not held this year, Aggies volunteered to participate in Shining Stars, hosted by the Destiny Heroes special needs ministry.

MORE PHOTOS FROM THE EVENT

Quarterback Hunter Rodrigues danced with many of the prom-goers. The junior knows most through his service with Greater Sacramento Capernaum – Young Life, which ministers to special needs youth and young adults. “It’s the highlight of every week,” said the human development major. “No matter what’s going on, no matter how stressful life can get, there is no limits of love for all of those kids.”