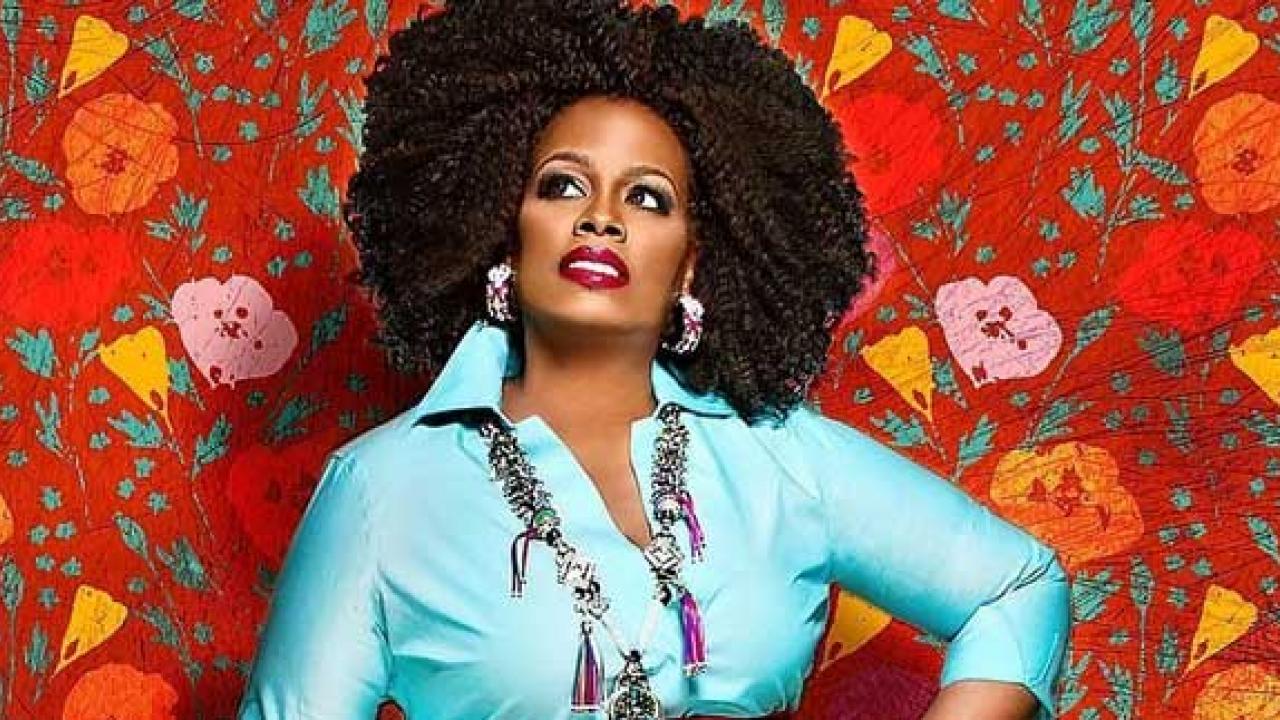 A Sweetheart of a Ticket Deal for February

Staff and faculty: February’s “well-being” ticket deal at the Mondavi Center might be the perfect Valentine’s Day gift for you and your sweetheart!

The Staff and Faculty Health and Well-Being Program and the Mondavi Center for the Performing Arts are teaming up to present a ticket deal every month for a selected show — and the February show will be jazz vocalist Dianne Reeves’ concert on Valentine’s Day.

The Grammy Award-winning artist will be performing at 8 p.m. Tuesday, Feb. 14, in Jackson Hall. The staff-faculty deal (maximum two tickets per person) will be available from Feb. 1 to 10.

How to get tickets

More on the Mondavi Presenting Program in February

Bassem Youssef — From a makeshift studio in a Cairo laundry room to the halls of Harvard, Egyptian surgeon-turned-satirist Bassem Youssef has charted the tumultuous political path of his homeland through humor. 8 p.m. Wednesday, Feb. 1.

Black Arm Band — In Aboriginal tradition, it is believed that uttering the name or viewing an image of a person no longer living will recall and disturb the spirit. Yet it is the spirit—of the people, the land, the history and the traditions—that infuses dirtsong, an unforgettable and powerful multimedia journey through Australia’s cultural heartland. 8 p.m. Wednesday, Feb. 8.

Bruckner Orchester Linz — Building upon more than 200 years of tradition and innovation, the Bruckner Orchester Linz is one of the premier orchestras in Central Europe. Under the direction of Dennis Russell Davies, the orchestra thrives in classical and contemporary repertoire, both of which will be on display at the Mondavi Center.

Edmar Castaneda Trio — Jazz has a long history of embracing new sounds — from Yusef Lateef’s Chinese flute to Sun Ra’s use of theremin. So the jazz harp, made famous by Alice Coltrane, is relatively standard fare. But no one has played the harp with the virtuosity of Colombia’s Castaneda. 8 p.m. Wednesday-Saturday, Feb. 15-18.

Brian Regan — With comedy that is “big enough for everyone, sharp enough for you,” and a fan base that includes Jerry Seinfeld and David Letterman, Regan has set a comedic standard of excellence for more than 20 years. 8 p.m. Friday, Feb. 17.

The Chieftains — After five decades of making some of the most beautiful music in the world, the members of the Chieftains remain as fresh and relevant as when they first began. Their ability to transcend musical boundaries and to blend traditional with modern music has garnered them six Grammy awards. 7 p.m. Sunday, Feb. 19.

Experience Hendrix — Jimi Hendrix was a pioneer in both rock and blues, and expanded the possibilities of what could be achieved with the electric guitar, forever altering the course of music history. 8 p.m. Wednesday, Feb. 22.

Venice Baroque Orchestra — There are few pieces of music as instantly recognizable as Antonio Vivaldi’s Four Seasons. And yet, as it is so often heard only in fragments, the complete piece still has the capacity to surprise and delight. 8 p.m. Saturday, Feb. 25.

Lightwire — In Dino-Light a famous scientist with magic powers brings a friendly dinosaur to life. When the curious dinosaur wanders away from home, he discovers a wonderful world full of creatures that light up the darkness and help him find the true meaning of love. 3 p.m. Sunday, Feb. 26.