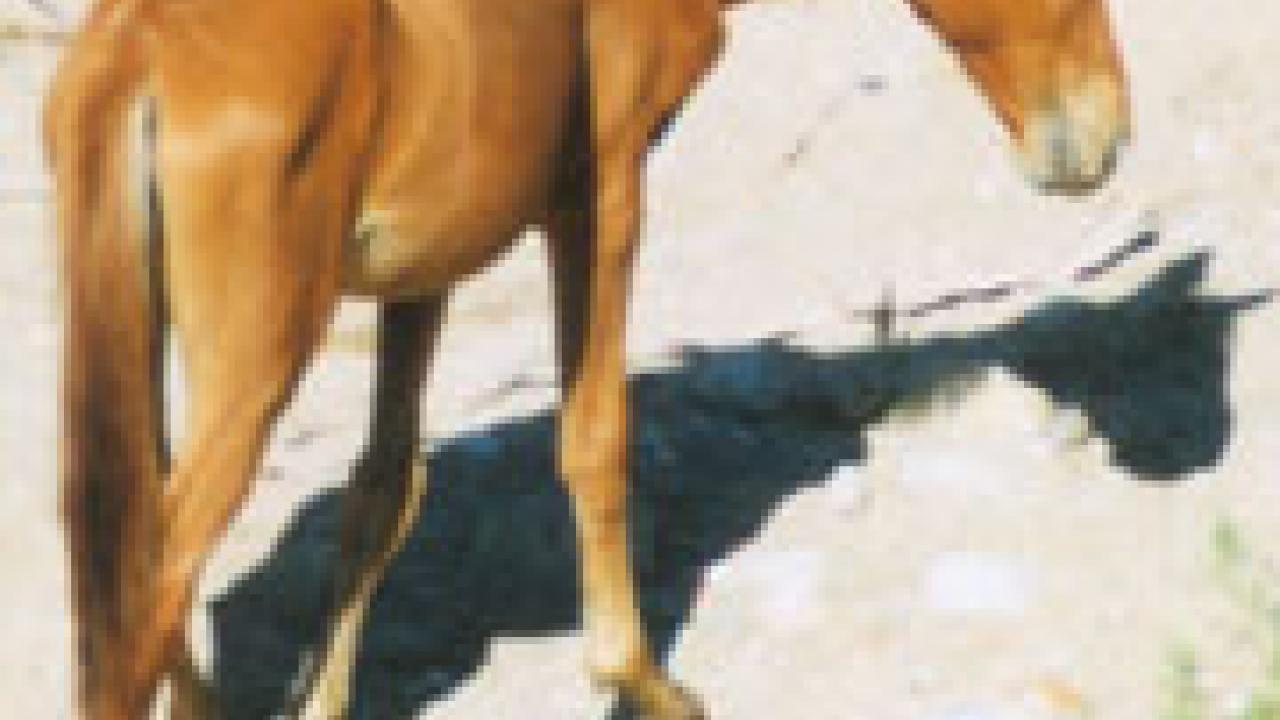 An ongoing study by the UC Davis Wildlife Health Center has found that most of the nearly three dozen feral horses living in Coyote Canyon are not healthy, center director Dr. Walter Boyce said today.

The Wildlife Health Center was asked last year by California State Parks to study the horses so that the parks department could better manage the natural resources of the canyon, which lies within Anza-Borrego Desert State Park. A small band of feral horses has been known to live in Coyote Canyon since the 1930s, when they escaped or were released from local ranches.

The Wildlife Health Center is a program of the UC Davis School of Veterinary Medicine. Walter Boyce is a veterinarian with a doctoral degree in parasitology and extensive experience studying the wildlife and ecosystems of Anza-Borrego Desert State Park and neighboring Cuyamaca Rancho State Park.

Under Boyce's direction, UC Davis doctoral student Stacey Ostermann and a team of assistants observed the population of 34 horses throughout the summer and into the fall. They found that many of the horses appeared to be in poor physical condition. Boyce then sought additional opinions from four equine experts.

On Feb. 6, Boyce, Ostermann, two equine veterinarians and two local horse experts inspected the canyon horses from helicopters and on foot. Twenty-nine of the 34 horses known to be in the canyon were seen at some point during the day.

Each of the four experts rated individual horses on a scale of 0 to 5. The ratings they gave ranged from 1 (poor) to 3 (good). No horse received any rating higher than 3, and there was general consensus that most of the 29 horses were in fair to poor condition.

In conclusion, Walter Boyce said, "We are concerned about the health and welfare of these horses. With some rainfall and improved grazing since last summer, their condition has improved. But they are still not doing well, and West Nile Virus is likely to arrive in California this year.

"There is a vaccine to protect horses for West Nile, but it is not practical to administer the vaccine to free-ranging horses. The next step is to invite feral-horse experts from the federal Bureau of Land Management into the canyon to get their opinions and recommendations."