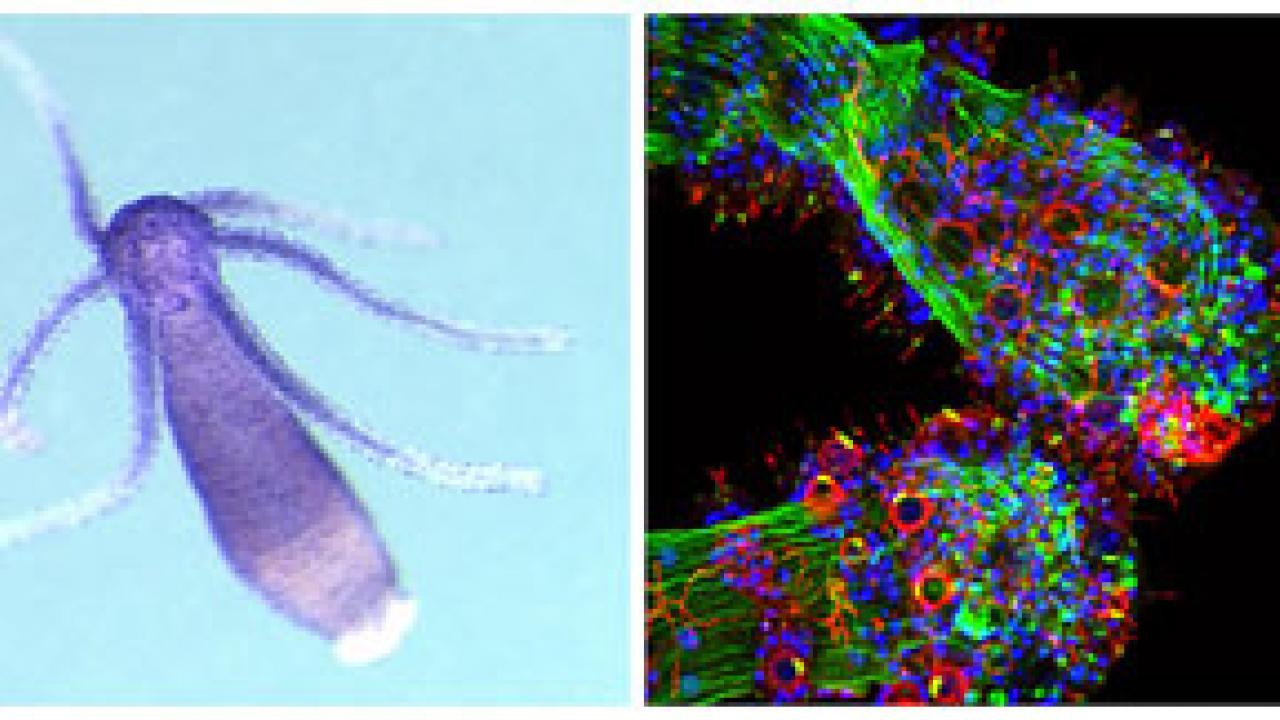 New research from the University of California shows how the ability to detect light could have evolved before anything like an eye.

As published today (March 5) in the journal BMC Biology, the research is based on the stinging mechanism in the tiny, brainless and eyeless freshwater polyp Hydra magnipapillata. Part of a group of animals called cnidarians that includes sea anemones, corals and jellyfish, a hydra is essentially a mouth surrounded by tentacles armed with stinging cells, or cnidocytes.

The researchers — David Plachetzki, now a postdoctoral researcher at UC Davis, working with undergraduate Caitlin Fong and Professor Todd Oakley in the Department of Ecology, Evolution and Marine Biology at UC Santa Barbara — discovered a simple nervous system linking the stinging cells and nerve cells that detect light using a process similar to the human eye’s.

The nerve cells express a set of genes including opsin, a light-sensitive pigment; cyclic nucleotide gated ion channels; and arrestin. These components are basically the same as those in the light-detecting pathway in animals with eyes, including people.

Most of the hydra’s cnidarian relatives lack eyes. But all cnidarians have cnidocyte stinging cells.