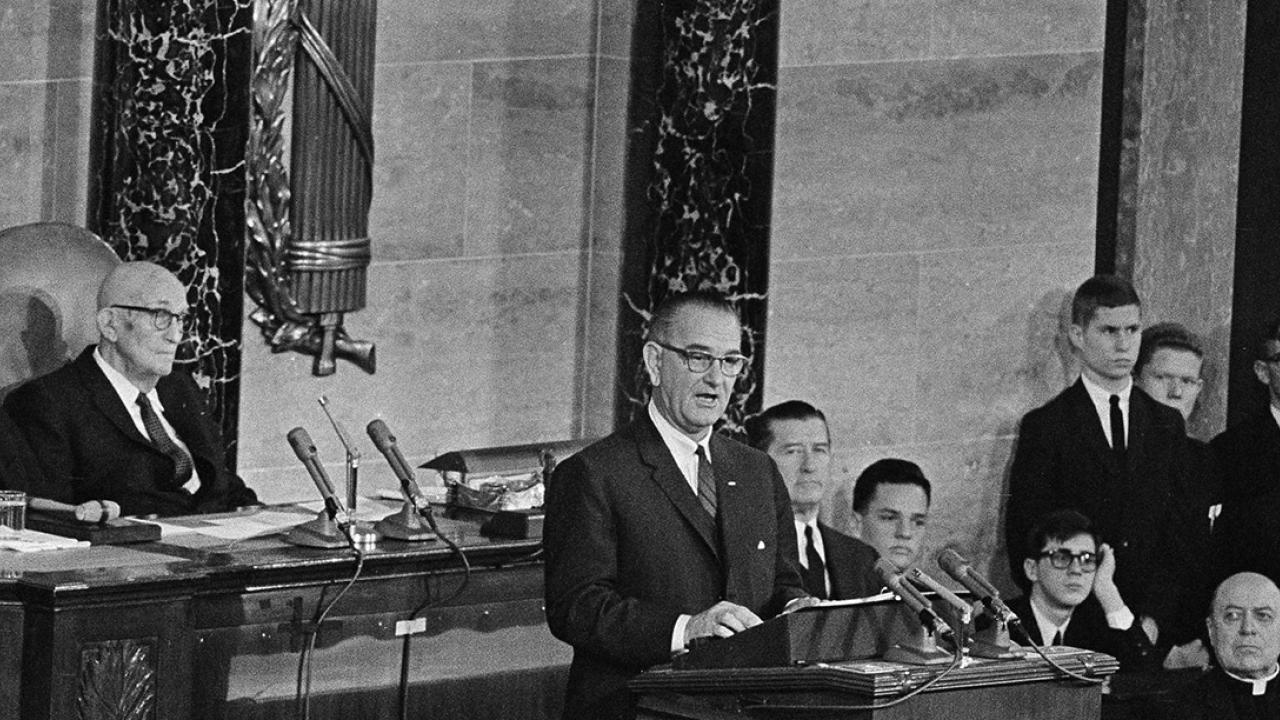 In January 1964, President Lyndon Johnson launched America’s War on Poverty — a battle today that is not so much won or lost, but a continuing movement.

As members of that effort, UC Davis faculty who research poverty have written that safety-net programs initiated with the War on Poverty such as Head Start and food stamps have made a difference in the lives of the poor.

But the Great Recession has resulted in reduced funding for many of these core programs.

“After 50 years and an official national poverty rate that has barely budged, many have suggested that we should abandon the war on poverty and redistribute public dollars to other pressing needs,” said Ann Huff Stevens, professor of economics and director of the UC Davis Center for Poverty Research.

“We could not make a bigger mistake.”

Poverty experts from across the country gathered Jan. 9 and 10 on campus at a national conference held by the UC Davis Center for Poverty Research, co-sponsored by the All-University of California Group in Economic History.

As the conference opened Thursday morning, Ralph J. Hexter, UC Davis provost and executive vice chancellor, said he’d heard a lot in the media this week about the “forgotten war” on poverty. “It’s not forgotten at UC Davis Center for Poverty Research,” he said.

Scholars addressed issues such as the immediate poverty challenges and the history of some of these programs, and theiraudio presentations are available on the conference site. Also, listen to a Capital Public Radio Insight interview with David Frisvold from the University of Iowa who talks about the School Breakfast Program's role in the War on Poverty.

From health care, to infant nutrition, to the Earned Income Tax Credit and beyond, UC Davis research on poverty and its effects reaches well beyond a two-day conference.  Research projects by UC Davis faculty affiliates in various academic disciplines for the Center for Poverty Research include:

In addition, UC Davis’ reputation in poverty research has received a national boost thanks to a new book by Sasha Abramsky, a lecturer in the University Writing Program.  His book The American Way of Poverty: How the Other Half Still Lives, published by Nation Books in September 2013, was listed by the New York Times among its 100 Most Notable Books of 2013.