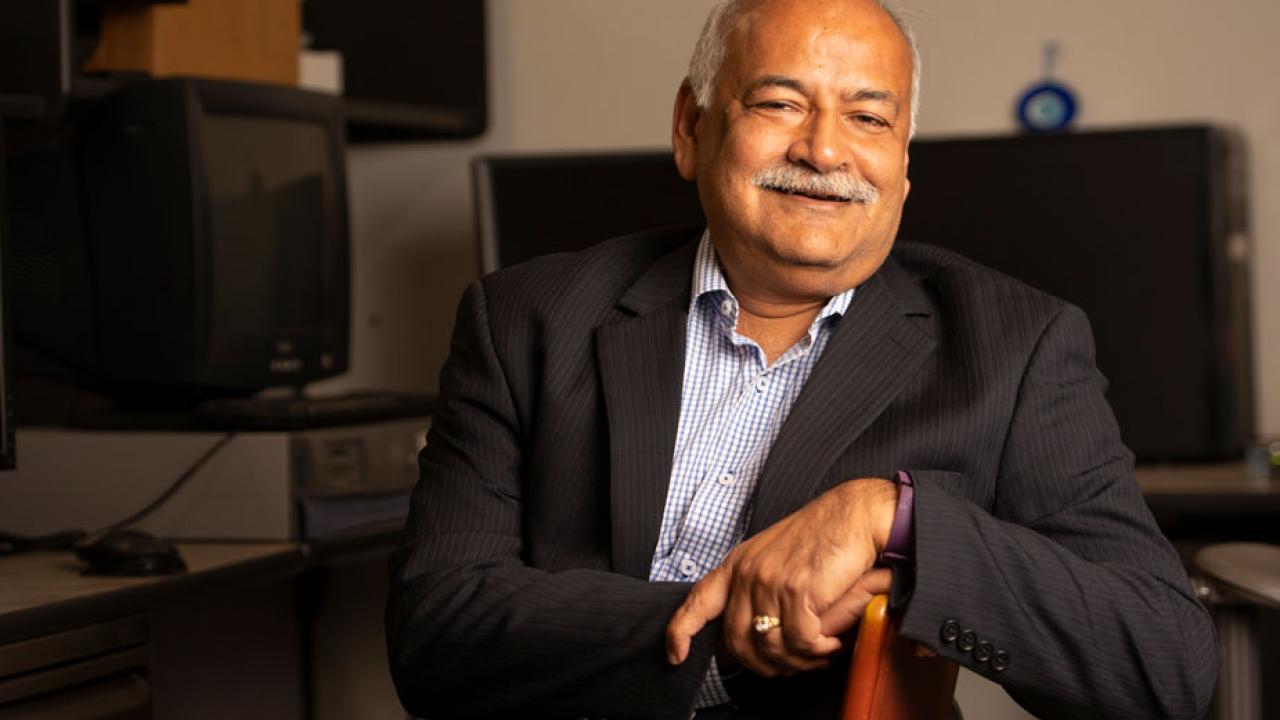 The Academic Senate and Academic Federation have announced who in their ranks will receive each organization’s highest honor for 2019 and other annual awards for teaching, research and public service.

The awards are from the Davis Division of the Academic Senate, whose members hold ladder-rank and other academic appointments; and the Academic Federation, comprising non-senate members in positions such as lecturer, adjunct professor and adjunct instructor, agronomist, professional researcher and project scientist, academic administrator and academic coordinator, librarian and program coordinator.

The two organizations will come together for a joint awards reception on May 8. See box for details.

In a change the year, the awards presentation and reception event will not include the lecture given by the recipient of the Academic Senate’s highest honor, the Faculty Distinguished Research Award. Instead, the lecture will be an event all its own, during the day, allowing the opportunity for more attendance.

This year’s recipient of the Faculty Distinguished Research Award is Biswanath Mukherjee, professor, Department of Computer Science, whose lecture on computer networking will be held from noon to 1 p.m. Tuesday, June 4, in Ballroom B at the Activities and Recreation Center. This program is free and open to the public; more information will be provided as it becomes available.

Other senate awards (keep scrolling to learn more about each recipient):

Here are the federation award winners for 2019 (keep scrolling to learn more about each recipient):

More about the recipients follows, in write-ups from the award committees. 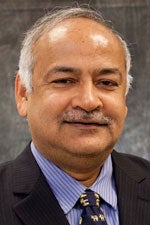 Biswanath Mukherjee, professor, Department of Computer Science, College of Engineering — He is internationally renowned for his research and leadership in optical networking. In his laboratory at UC Davis, Mukherjee developed the concepts of anomaly detection and misuse characterization in network intrusion detection. He had the vision to design and demonstrate the first prototype of a “firewall” to protect a data network: Today, firewalls are ubiquitous. More recently, Mukherjee was the first to recognize the importance of seamless integration of optical and wireless networks, now being realized in 5G networking technology. According to Google Scholar, he is the most cited person on the topic of optical networks. His contributions have changed the landscape of networks and network security. 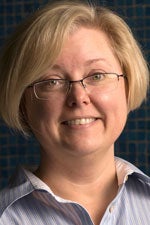 Cristina Davis, professor, Department of Mechanical and Aerospace Engineering, College of Engineering — She served on the U.S. Air Force Scientific Advisory Board from 2014 to 2018, dedicating 210 days of service and receiving the Commander’s Public Service Award. She led an extensive site review resulting in enterprise-level changes in the Air Force. In addition, she co-wrote a commissioned paper that recommended the Department of Defense incorporate machine learning and data analytics into their broad intelligence gathering system spanning air, space and cyberspace, leading to the creation of a chief data officer position in the Air Force. 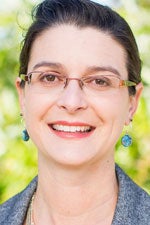 Tessa Hill, professor, Department of Earth and Planetary Sciences, College of Letters and Science — Tireless in her efforts to raise awareness of the impacts of climate change, she has appeared before nine federal, regional and state hearings, meetings and commissions since 2015. The panels she has addressed include the Natural Resources Committee of the U.S. House of Representatives, and she also has delivered scientific briefings to congressional staff, and California agencies and state legislators. She has collaborated with Northern California oyster farmers to increase oyster resiliency to ocean acidification, and in 2018 she helped the city of Winters, in Yolo County, develop a Climate Resilience Plan. She leads the Northern California chapter of 500 Women Scientists, which encourages public engagement among scientists. 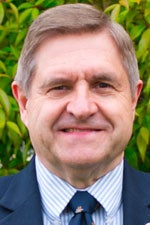 Terry Lehenbauer, professor, Department of Population Health and Reproduction, School of Veterinary Medicine — He protected public health by advising practitioners and policymakers on the responsible use of antimicrobials in animal agriculture. Through 18 years of service with organizations such as the American Association of Bovine Practitioners, he fostered veterinary health approaches that considered people and the environment in addition to animals. He collaborated to brief California lawmakers on antibiotic resistance, influencing California’s first-in-the-nation legislation to limit antibiotics in livestock feed. With the Centers for Disease Control and Prevention estimating that antimicrobial-resistant infections affect more than 2 million people annually, his work to defend the efficacy of antimicrobials in human and veterinary medicine is significant. 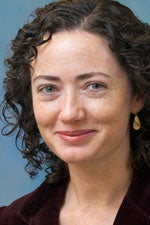 Amber Boydstun, associate professor, Department of Political Science, College of Letters and Science — She is an innovative teacher and a dedicated mentor who has been an inspiration and role model to her students. Her courses in political science engage students in critical thinking and challenge them to grow intellectually. Many students wrote letters of support for her nomination, praising her excellence in the classroom and her generosity in giving time to her students outside the classroom. Students describe her teaching and her impact on their lives as phenomenal, wonderful, indispensable and transformative — usually followed by multiple exclamation points. Students further talked about her ability to form a personal connection with each student, even in large courses. Many students noted that when they needed support, even after their class ended, Boydstun was always willing to meet them for coffee to provide advice and mentorship. 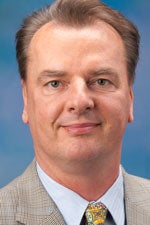 Frank Mitloehner, professor, Department of Animal Science, College of Agricultural and Environmental Sciences — He is not only a world-renowned scientist in his field but also an outstanding instructor in introductory undergraduate courses. Students note his enthusiasm and passion for the subject matter, his well-organized, interactive classes, and his inspirational style. He makes extra effort to conduct field trips and to visit laboratories to assist the students in their assignments. His courses prepare students for their upper division courses not only by providing a sound science foundation, but also in developing students to be more open-minded and critical thinkers. He is an outstanding mentor who advises students on everything from selecting their courses to planning their future careers. 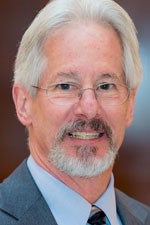 Ross Thompson, professor, Department of Psychology, College of Letters and Science — He is recognized for his creativity, empathy and concern for students in his general psychology and social and personality development classes. He melds theory in developmental science with real-life situations by asking students to become “caseworkers” who must evaluate and produce written recommendations about difficult family situations. He encourages students to ask questions and discuss course material even in large classes, which he then personalizes by incorporating their responses into his lectures. His lectures on development are often timed to match his students’ own academic developmental stages, making his lectures that much more relevant and engaging to his students. His nominators describe his courses as well-organized, engaging, challenging and worth auditing repeatedly. 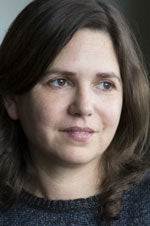 Lucy Corin, professor, Department of English, College of Letters and Science — As a teacher in the Creative Writing Program (she served as the program director, 2013-18), she has inspired many graduate students to become successful fiction writers. Her students comment that she spends hours and hours mentoring and challenging them. They see in her a rare combination of relentless creativity as a writer and an unparalleled generosity and dedication to their creative work. Her own acclaimed record of experimental prose has attracted many creative writing students to the English department. Her peers, moreover, commend her energy, passion and commitment to her students. Those who have studied under Professor Corin recognize her great enthusiasm in class, accessibility during office hours and devotion in supporting them. 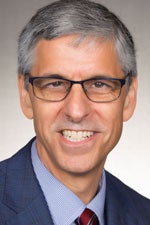 Mark Henderson, professor, Department of Internal Medicine, School of Medicine — His courses on physical diagnosis and clinical reasoning are appreciated by his students not only for their focus on critical evaluation of patient health conditions, but also for their sensitivity to the patients themselves. Students and residents emphasize his humility, compassion and commitment to excellence through his use of the Socratic method to engage them in critical thinking. His nominators also note his many efforts in other areas of medical education, including developing innovative programs that enable students and residents to learn about and serve the medically indigent. 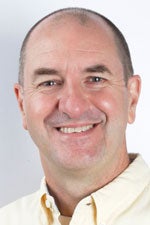 David Maggs, professor, Department of Surgical and Radiological Sciences, School of Veterinary Medicine — He is recognized locally, nationally and internationally for excellence in teaching veterinary ophthalmology to students, residents and practicing veterinarians — and for inspiring them to excellence. He has a knack for distilling complex subjects into tangible, easy-to-understand concepts that he delivers with humor and enthusiasm. His use of analogies makes the material more accessible, particularly as he equates parts of the eye and disease processes to more familiar concepts. His lectures and discussions encourage future and current veterinarians to embrace the complex anatomy of the eye, as well as demystify diseases commonly encountered in clinical practice.

Alison Van Eenennaam, Cooperative Extension specialist, animal genomics and biotechnology, Department of Animal Science, College of Agricultural and Environmental Sciences — She has developed an internationally recognized program that provides research and education on the use of genomics and biotechnology in livestock production systems. Her scientific achievements, tireless devotion to science, evidence, communication, education and service, and outstanding representation of UC Davis both nationally and internationally, exemplify the qualities that are celebrated with the James H. Meyer Distinguished Achievement Award. 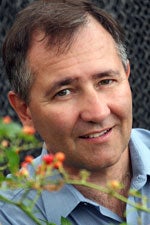 Allen Van Deynze, professional researcher, Department of Plant Sciences and Seed Biotechnology Center, College of Agricultural and Environmental Sciences — He leads an innovative, well-funded and well-published research program applying genetic analysis methods to improve breeding of crop plants. In 2018, he authored a groundbreaking publication demonstrating that a native Mexican variety of corn can capture atmospheric nitrogen through microbes living on the plant’s roots. Until now, this ability was primarily associated with legumes. This research breakthrough has broad implications for reducing fertilizer use and ameliorating the environmental impact of agriculture. 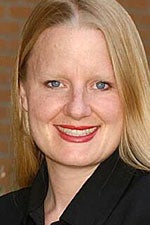 Holly Cooper, lecturer, School of Law — Co-director of the UC Davis Immigration Legal Clinic, she is a leading advocate for immigration detainees and unaccompanied minors in detention. Her case work with her students has transformed national law and is improving the lives of thousands of vulnerable adults and children. Through the King Hall Immigration Detention Project, she leads and inspires law students who assist immigration detainees through Know Your Rights presentations and pro se assistance. Similarly, through media appearances and presentations, she helps raises awareness of the ongoing humanitarian immigration crisis. Her outstanding work and dedication exemplify distinguished service. 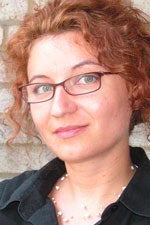 Valentina Popescu, lecturer, Department of Classics, College of Letters and Science — As the primary instructor of the Ancient Greek sequence (Greek 1-3) and a contributor to other classics courses, she has created a rich learning environment that focuses on her students’ progress, challenges their critical thinking abilities and fosters their interests in classics. Her mastery of the fields of Greek, ancient literature and Latin, her ability to create functional and effective teaching tools, and her unwavering focus on student success make her well deserving of this award. 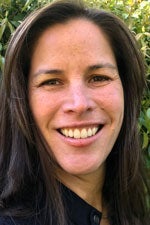 Lenna Ontai, associate specialist, Cooperative Extension, Human Development and Family Studies, Department of Human Ecology, College of Agricultural and Environmental Sciences — Her mentorship positively impacted the development of her graduate students in the Department of Human Ecology. She established inclusive mentor-student relationships that fostered student independence, growth and confidence. Her initiative and drive have led to success in her field and have been central to creating the next generation of scholars in her scientific community. 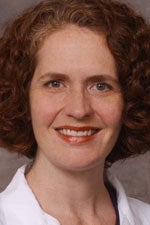 W. Suzanne Eidson-Ton, clinical professor, Department of Family and Community Medicine, School of Medicine — As a member of the School of Medicine for the past 20 years, Eidson-Ton has contributed to the professional growth of medical students and residents through first-year doctoring courses, resident workshops, Dean’s Education Council, and service on numerous School of Medicine and extramural committees. Under her guidance, Eidson-Ton’s trainees realize their potential to become driven, skillful and compassionate physicians.