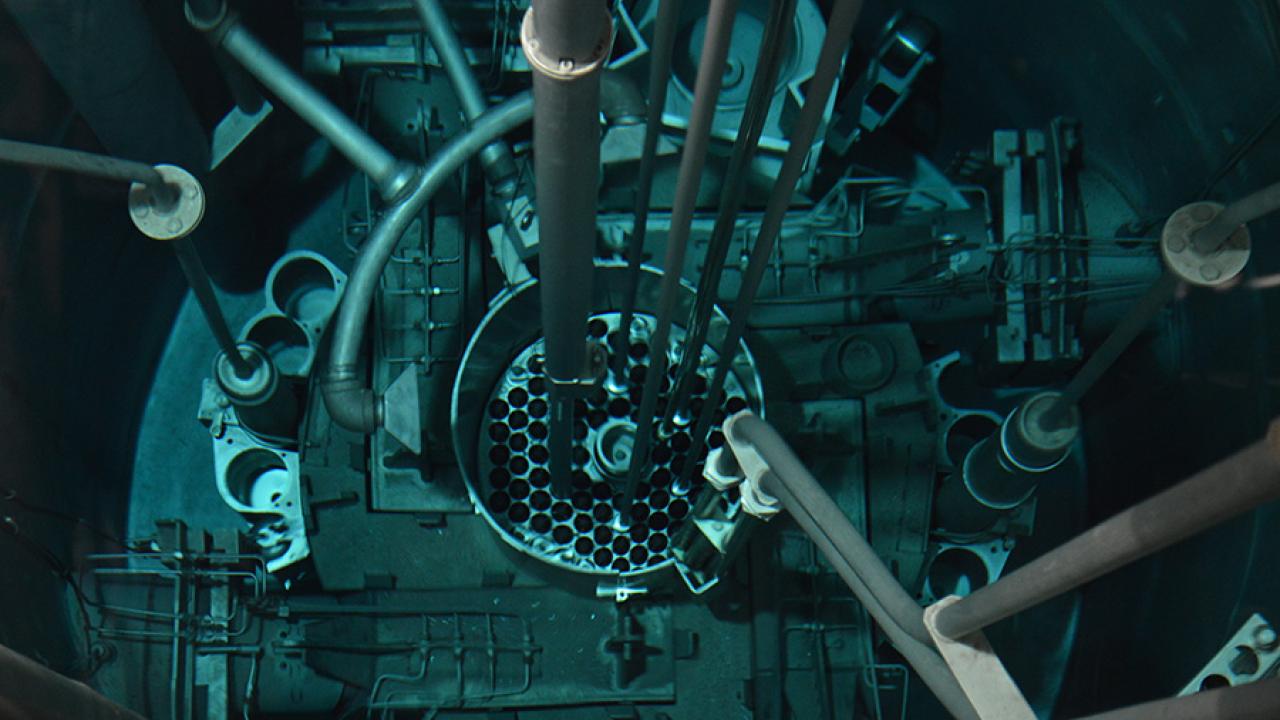 Our Research Reactor, Across the Causeway

It may not be able to power a city, but UC Davis’ nuclear reactor at McClellan Park has inspected components that will end up on Mars, inspired students and helped faculty with research projects.

Leaders with the McClellan Nuclear Research Center and Office of Research recently made a pitch to faculty and staff: Bring your classes — and your research projects — to the Sacramento reactor.

“That is my goal, to get as many students out there as possible to see the blue glow of the reactor and to drag their professors with them,” said Wesley Frey, director, during a virtual tour and demonstration held on the Davis campus.

The 2-megawatt reactor, commissioned by the Air Force in 1990 and transferred to UC Davis in 2000, isn’t permitted to produce electricity, so it focuses on neutron imaging, which is similar to an X-ray, but can see less dense materials and can be used to see how a plant absorbs water, or to look for miniscule imperfections in aircraft parts. It can also produce isotopes or expose items to radiation to see how they react.

Physics professor Mani Tripathi said the McClellan facility is unique among research reactors because he can sit down with its director and talk through how to develop an experiment — something that can’t be done at larger facilities.

It’s safe, too. Even Homer Simpson, notorious for snoozing at his post at the Springfield Nuclear Plant in The Simpsons, could operate it, Frey joked. He said the system automatically shuts down if a problem is detected and is designed to be physically incapable of suffering large problems.

Frey said the reactor isn’t just relevant to physics students. Geology and plant sciences classes have visited, and a political science class once used a trip to the site as a way to spur a discussion on the politics of nuclear energy.