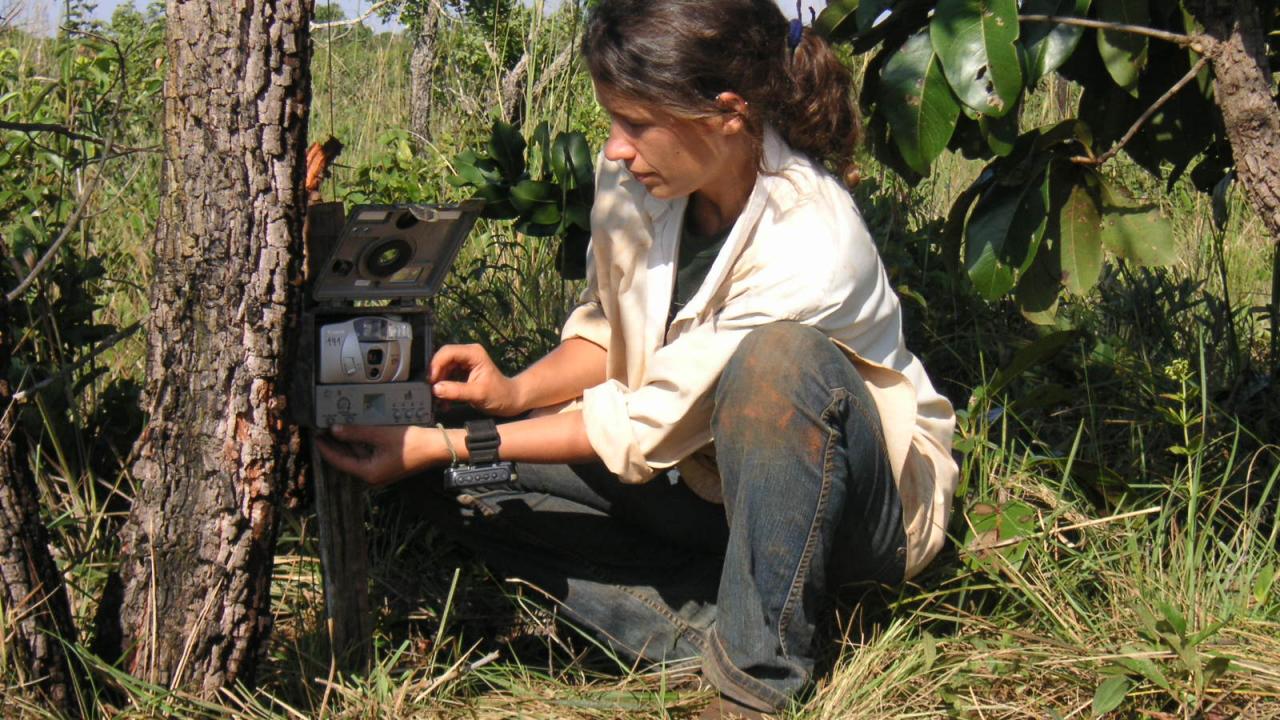 As the severity of wildfires increases each year across the West, how megafires affect forest ecology is an increasingly urgent question.

Now, UC Davis Assistant Professor Rahel Sollmann will be able to explore that question more broadly. She was one of three recipients of the 2017 Research Catalyst Awards announced this week by University of California President Janet Napolitano.

Sollmann is a quantitative ecologist in the UC Davis Department of Wildlife, Fish and Conservation Biology. With the $271,000 in funding provided by the reward, she will work with UC Berkeley Associate Professor Justin Brashares and UC Santa Barbara Assistant Professor Hillary Young, as well as other researchers at UC Davis and the U.S. Forest Service to analyze how megafires disrupt the forest ecosystem and food web and pollination networks. The research will focus on the King Fire, which burned more than 97,000 acres in El Dorado County in 2014.

“Forests are really at the heart of California economy, culture and its ecological heritage,” Sollmann said. “The Forest Service has identified these large fires as the major threat to the integrity of California forests. We really hope to understand how large fires change forest pollination and food networks.”

The three awards, totaling more than $2 million, involve faculty and students from across the university with lead campuses at UC Santa Barbara, UC Santa Cruz and UC Davis.

The other projects include research led by UC Santa Barbara aimed at improving teacher training and student outcomes in California’s K-12 schools ($1.5 million); and a UC Santa Cruz project ($278,000) to enhance knowledge of human health through paleogenomic research.

Napolitano launched the President's Research Catalyst Awards in 2014 to foster multicampus, interdisciplinary research in areas of strategic importance to California and the world. Since its inception, the program has provided nearly $10 million for research focused on climate change, cultural preservation, drought, basic science and more, and afforded research opportunities for 50 UC faculty, nearly five dozen graduate students and 20 undergraduates.

Recipients were selected following a highly competitive review process. A panel of experts evaluated applications based on scholarly merit and likely impact. President Napolitano selected the winners from among the top-ranked proposals representing all areas of university scholarship.

Funding for the Catalyst Awards comes from the UC president’s endowment funds, which support systemwide initiatives and projects.

A list of previous awardees can be found online.