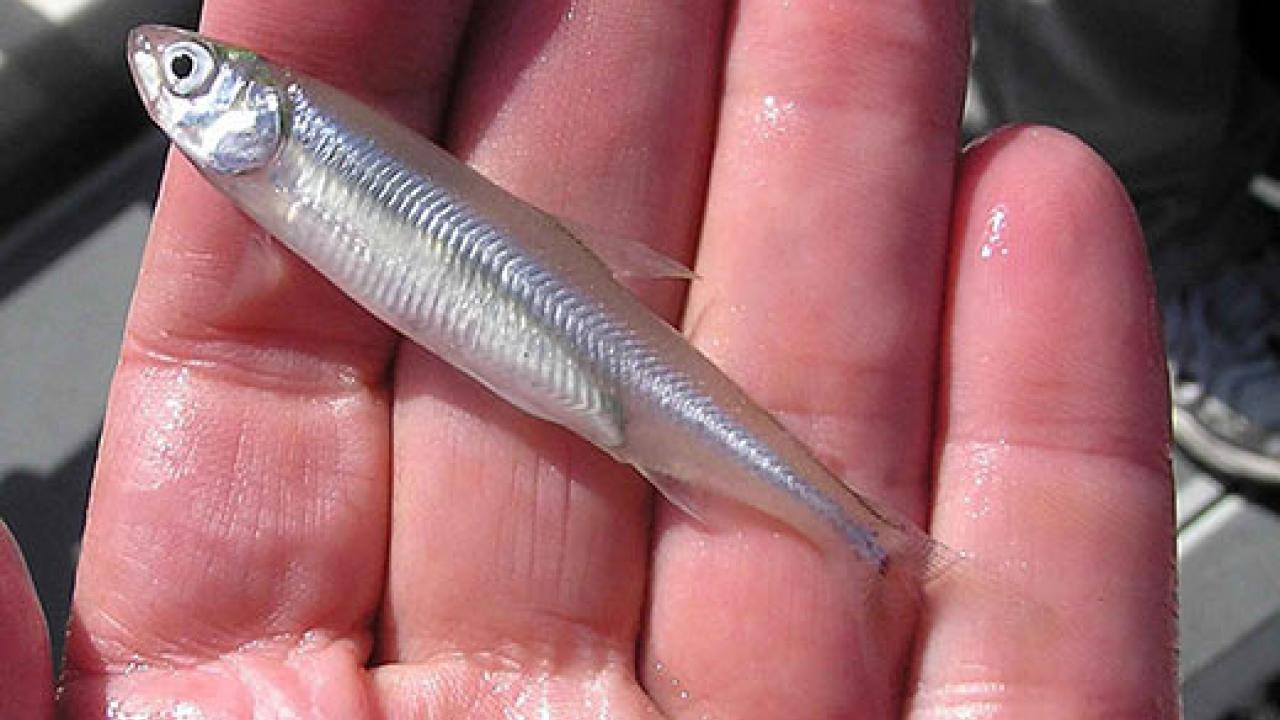 Delta smelt are hard to find. Federally listed as threatened in 1993 and as endangered under the California Endangered Species Act in 2009, they are an iconic species for water issues in the state. But there’s one place where the fish can be found by the thousands — the UC Davis Fish Conservation and Culture Laboratory.

For the past seven years, the facility, in collaboration with the UC Davis Genomic Variation Lab, has been raising a refuge population of Delta smelt, preserving their genetic diversity and providing a supply of the fish for scientific research. This month, the U.S. Bureau of Reclamation awarded the UC Davis lab, or FCCL, nearly $2.5 million per year for four years to continue and improve its work for the species, which is endemic to the San Francisco Bay-Delta.

“The refuge population provides a level of protection against species extinction,” said Tien-Chieh Hung, director of the FCCL at UC Davis. “Our laboratory is, so far, the only place in the country that regularly reproduces and raises the Delta smelt throughout their whole life cycle, creating a supply for further studies.”

In the funding announcement, the bureau noted that there is “an urgent need for a genetically managed refugial population of Delta smelt to serve as a critical safeguard against species extinction in the event that the natural population continues its decline.” The FCCL fills this need.

The bureau said maintaining a genetically diverse population of Delta smelt in captivity would provide a seed population for future rehabilitation, should their habitat ever recover.

Presently, Delta smelt habitat is caught in a battle between protecting natural resources and providing Californians’ water supply. Earlier this month, Peter Moyle, a professor and fish biologist with the UC Davis Center for Watershed Sciences, told the Delta Stewardship Council to prepare for the extinction of the Delta smelt in the wild. He said the latest state trawl survey found only six smelt — two males and four females — where there normally would have been several hundred.

A safeguard against extinction

The lab starts its spawning season by producing about 200,000 Delta smelt eggs and cultures roughly 20,000 fish each year.

The goals of the project are to: