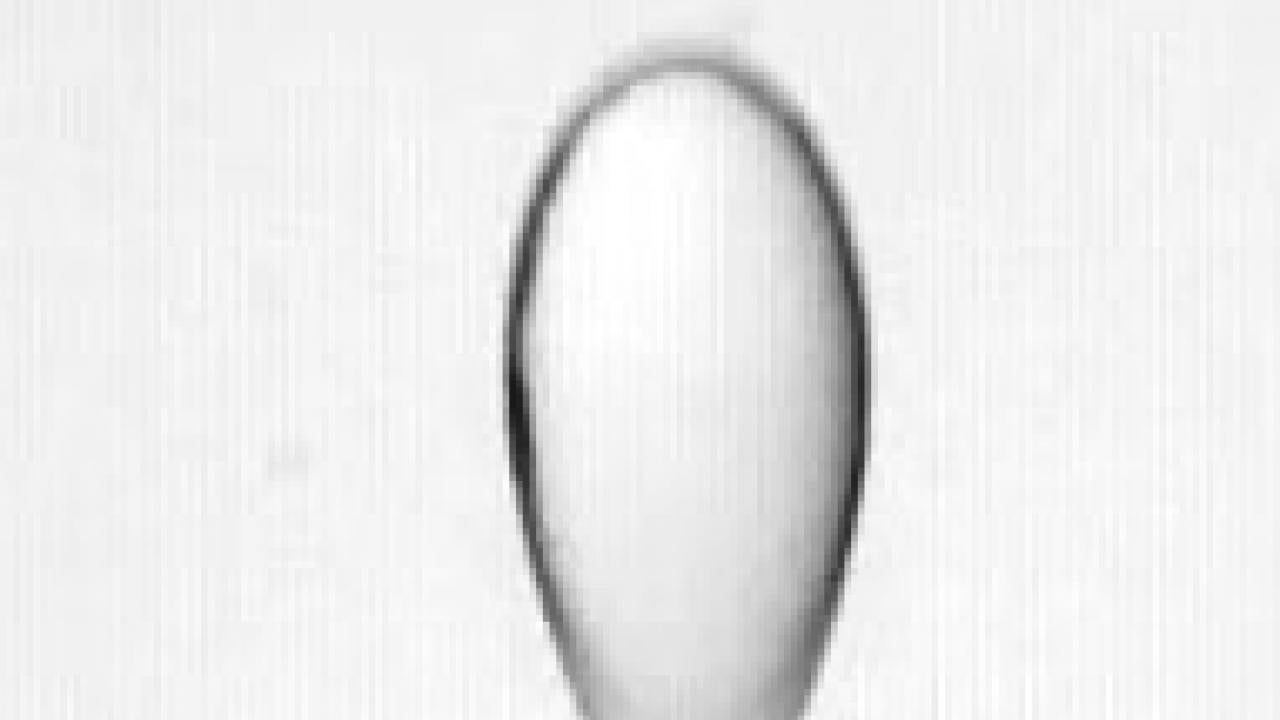 Prestigious award funds research on the mysteries of charged droplets

William Ristenpart, an assistant professor who has appointments in both the UC Davis Department of Food Science and Technology and the Department of Chemical Engineering and Materials Science, uses high-speed video and a high-resolution electrochemical measuring technique known as “chronocoulometry” to answer fundamental questions about how droplets of various liquids acquire an electrical charge.

Findings from these studies are expected to have applications in a number of fields including petroleum and food-oil processing, and manufacture of microchips that are capable of performing multiple laboratory functions.

“The amount of charge obtained by metal spheres has been known since the time of Maxwell in the 1860s, but 150 years later, we still don’t understand charge transfer into liquid drops,” Ristenpart said. “I’m excited that this research will shed light on a fundamental problem with applications ranging from food science to atmospheric science.”

Ristenpart’s research team investigates the physical, chemical and biological phenomena of fluids, including fluid motion caused by electrical fields, how different food metabolites affect red blood cells, and the behavior of fluids at the microminiaturized scale.

Ristenpart received his doctoral degree from Princeton University in 2005 and his bachelor’s degree from UC Davis in 1999, both in chemical engineering. Before joining the faculty at UC Davis in 2008, he served as a postdoctoral fellow at Harvard University.

This National Science Foundation awards program supports academic scientists and engineers in the early stage of their careers, especially by helping them take on graduate students who carry out research as part of their training. The program is aimed at developing lifelong faculty leaders who will integrate education and research.