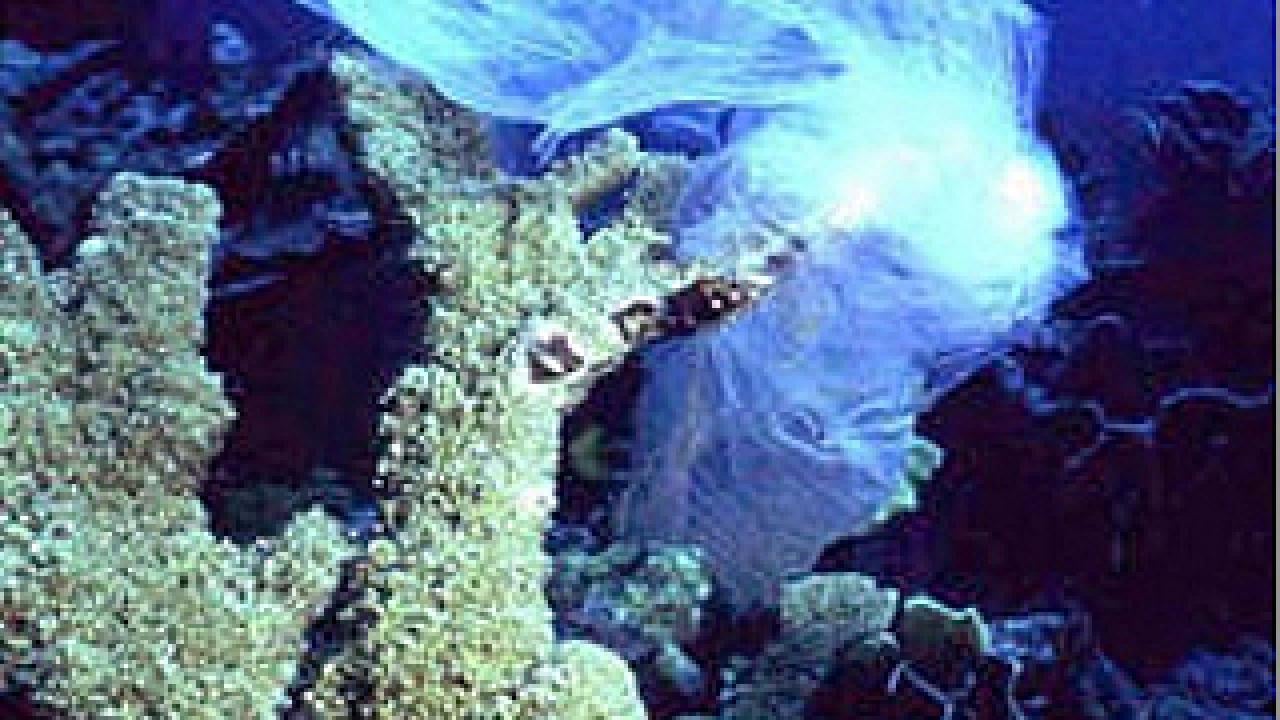 Marine creatures that ingest plastics in the ocean might suffer from a double whammy of the plastic itself and the pollutants those plastics have absorbed while floating in the open seas, according to research led by doctoral student Chelsea Rochman of the University of California, Davis.

The study found that the most commonly produced plastics also absorbed the most chemicals, and for longer periods of time than previously thought. Products made from the particular plastic used to make water bottles — polyethylene terephthalate, or PET — might have fewer detrimental chemical impacts than products made from other types of plastic, according to the study, published online this month in the journal Environmental Science & Technology.

Rochman, who works in the UC Davis School of Veterinary Medicine's Aquatic Health Program, is a Ph.D. candidate in Ecology seeking a joint degree from UC Davis and San Diego State University.

Rochman’s research, conducted for 12 months at five locations in San Diego Bay, was the first controlled, long-term field experiment measuring the absorption of contaminants by the five most common plastics:

Rochman and her colleagues deployed pellets of each plastic type in mesh bags tied to a dock at each study site. They retrieved them periodically to measure the plastics’ absorption of persistent organic pollutants.

“Consistently in our study, we found polyethylene [HDPE and LDPE] and polypropylene [PP] absorbed much greater concentrations of contaminants than PET or PVC, and those are the most commonly mass produced and consumed plastics,” Rochman said. “They are also the most commonly recovered as marine debris.”

In 2007, HDPE, LDPE and PP accounted for 62 percent of all plastics produced globally, while PVC and PET represented only 19 percent and 7 percent, the study said.

The data imply that products made from HDPE, LDPE and PP may pose a greater chemical risk to marine animals that ingest plastics than products made from PET and PVC. The study notes that, although PVC did not absorb as many contaminants as did other plastics, vinyl chloride is classified as carcinogenic and toxic.

Rochman expected the pellets would absorb an increasing amount of pollutants for the first several months of the study before reaching equilibrium — the point at which they could not absorb further toxic substances. However, Rochman found that HDPE and LDPE continued to absorb contaminants throughout the 12 months. The study estimated that, at the Shelter Island study site, it would take 44 months for HDPE and 19 months for LDPE to stop absorbing toxic substances.

“It surprised us that even after a year, some plastics would continue to take up contaminants,” Rochman said. “As the plastic continues to degrade, it’s potentially getting more and more hazardous to organisms as they absorb more and more contaminants.”

The study was funded by the National Science Foundation’s Graduate Research Fellowship Program, with additional funding from the Society of Environmental Toxicology and Chemistry, the San Diego State University Research Foundation and the Padi Foundation.