Updated 11:30 a.m. July 22: Additional roadwork has been added, for a project along Hutchison Drive adjacent to Surge 4 and the Silo.

Roadwork began this week on Hutchison Drive west of La Rue Road, one part of the Davis campus’s summer schedule of street, sidewalk and path improvement projects, as well as pavement repair. Drivers should expect lane closures and other traffic controls at all the project sites.

The Hutchison Drive project, scheduled to run through Aug. 2, will lengthen the left-turn lane for vehicles going from eastbound Hutchison to northbound La Rue, and modify the median at Health Sciences Drive to allow for U-turns on Hutchison, say, for drivers coming off Extension Center Drive, who are blocked from turning left onto Hutchison.

Also on tap this summer: reconstruction of the northbound lanes of La Rue Road between Garrod Drive and Hutchison. During the project, July 29-Aug. 30, northbound traffic will be diverted to the southbound side of the road, which will be converted to two-way traffic. The campus rebuilt La Rue’s southbound lanes last year.

Following the completion of paving work on the northbound side of La Rue Road, get ready for a major change: New striping will be put down to reduce each side of the La Rue Road to one lane between Garrod and Hutchison. Parking spaces (approximately 55) and bike lanes will fill the freed-up width, along with a 3-foot buffer in between to protect cyclists from car doors as they swing open. (The La Rue bike lanes will extend between Russell Boulevard and Garrod Drive.)

A separate construction project on Hutchison Drive will bring a partial closure of the road near the center of campus, adjacent to Surge 4 and the Silo, starting Monday, Aug. 5, and continuing through Monday, Oct. 28. Traffic will be restricted to one lane in alternating direction, controlled by flag personnel, for pipeline installation underground. The road will revert to two-way traffic during off-construction hours. Maps show Hutchison Drive construction zones for two time periods: Aug. 5-Sept. 11 and Sept. 12-Oct. 28.

The Häagen-Dazs Honey Bee Haven reported a break-in during the weekend in which someone got away with $1,000 in cash and property. The garden is south of Hutchison Drive west of Highway 113.

Anyone with information on the crime is asked to contact the campus Police Department by email or phone, 530-752-1727.

In a first-time match-up, UC Davis football will open its 2021 season against the University of Southern California, the schools announced last week. The game — Saturday, Sept. 4, in Los Angeles Memorial Coliseum — also marks the first time the Trojans of the Division I Football Bowl Subdivision (FBS) have scheduled a game against a school from the Division I Football Championship Subdivision (FCS). 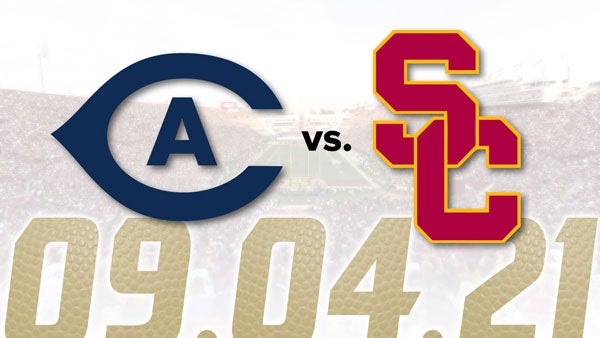 Last year, in his second season as coach, Hawkins led his alma mater to a share of the Big Sky Conference championship — the Aggies’ first title in the Big Sky. The team then made its first appearance in the FCS postseason tournament and ended the year with an overall record of 10-3.

This coming season, 2019, the Aggies will open their season against Cal of the FCS in the second meeting between the schools since 2010. The game is scheduled for Saturday, Aug. 31, in Berkeley.

Jump bikes are a common sight around Davis, but, sometimes, they are being seen parked in the wrong places.

The city, like UC Davis, says Jump bikes when not being used must be locked to bike racks. But the city acknowledges bike parking is limited outside of the downtown area — which leads to users leaving the bikes on sidewalks and in other public areas.

A survey from the city proposes three possible solutions:

The proposed changes would not apply in downtown Davis. The survey is open until July 26, and is open to all those who live or work in Davis.

A news release from the city of Davis comments on the success of Jump bikes in Davis and notes that “Jump wants to expand to 700 bikes in Davis” from its current inventory of 200, split between campus and the city.

They say the community survey will help “inform which parking option(s) to test.” Then, after approximately one year, the city plans to have “city staff evaluate the effectiveness of the parking option and if Jump parking satisfaction has improved.”

“Gatekeeper Training” for staff members and teaching assistants and other faculty will be presented three times the last two weeks of July.

Offered as part of a study sponsored by the Division of Student Affairs, the free training provides skills and knowledge “to comfortably and confidently speak with students about mental health concerns and refer them to appropriate mental health resources.” The term “gatekeeper” derives from the fact that TAs, faculty and staff often serve as students’ gateways to help.

Here is the upcoming schedule (all sessions to be held at the Student Health and Wellness Center on the Davis campus)::

If you or your department is interested in a training, send an email to the study team, specifying one training date and time. In return, you will receive an email from “Support UCD Wellness Study” with the subject line, “Invitation to a UC Davis Pilot Study of Training to Support Student Mental Health,” and instructions for completing a pretraining questionnaire.

Pérez takes over as regents’ chair

John A. Pérez presides this week over his first Board of Regents meeting since being elected chair in May. The regents are meeting today through Thursday (July 16-18) at UCSF Mission Bay. See the agenda.

“I am honored to serve as chair of the board and continue advocating for our students and their families, in addition to the UC community at large,” said Pérez, a former speaker of the state Assembly. “I look forward to working closely with my fellow board members to continue UC’s tripartite mission of education, research and public service, while giving our students the tools and resources they need for success at UC and beyond.”

Perez was sworn in July 1, the first day of his term as chair. Former state Sen. Art Torres administered the oath of office.

Regent Cecilia V. Estolano is serving as vice chair, and committee chair assignments are as follows: