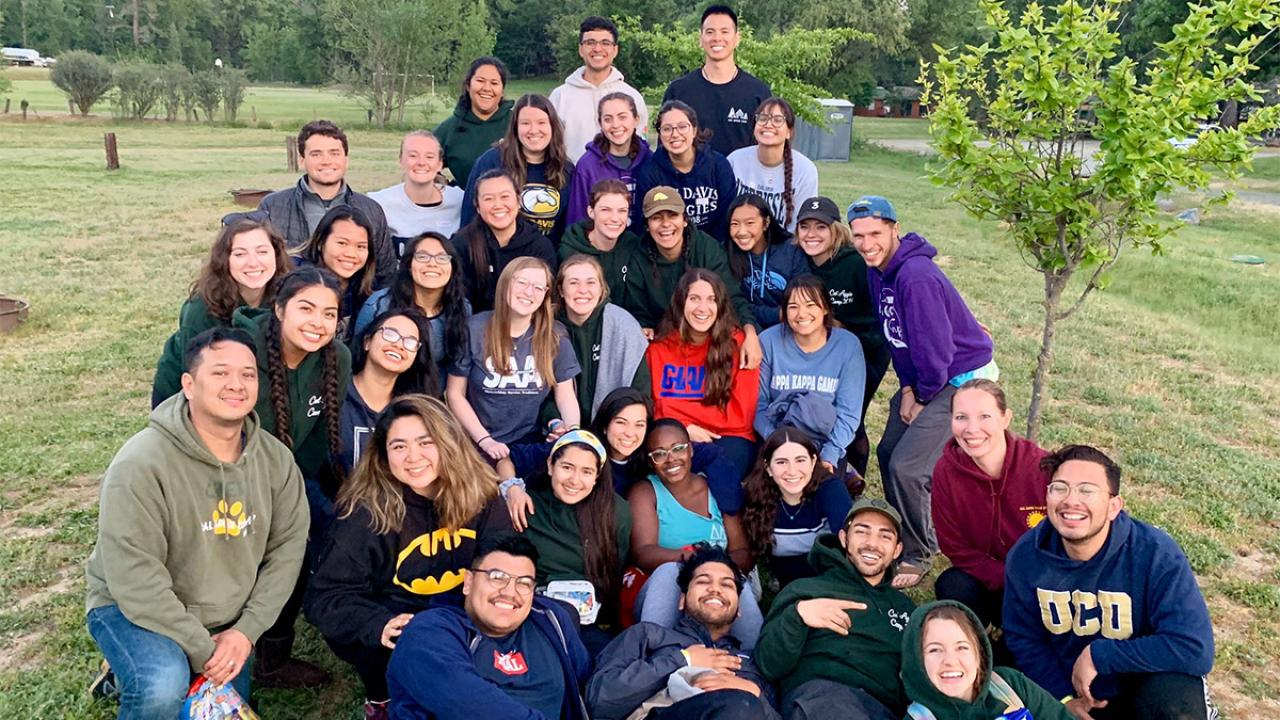 It appears there’s no such thing as “too much Crowdfunding.” On its third outing in February, the month-long Crowdfund UC Davis event brought in $107,556 for 26 projects — up from 14 projects and $73,141 in its previous campaign last October. The number of donations rose from 789 to 1,165.

Projects included everything from a new transitional shelter for students experiencing homelessness, Biodiversity Museum Day and programs offering students hands-on learning about COVID-19, to the Engineers without Borders student chapter, support for undocumented students and equipment for the Neuromuscular Research Lab.

APPLY FOR THE NEXT ROUND

Eager to start your own Crowdfund UC Davis project? Applications for the October campaign will be accepted March 29 to June 30.

“We are thrilled that these wonderful projects were able to raise needed funds,” said Michelle Poesy, senior director of the Annual and Special Gifts Program at the UC Davis division of Development and Alumni Relations, which manages Crowdfund UC Davis. “Judging by our growth, it appears we’re giving students, faculty and staff a valuable fundraising tool for projects they care about.”

Crowdfund UC Davis is the first university-managed crowdfunding platform at UC Davis and features a lineup of projects during February and October each year. The program debuted in February 2020.

Among last month’s biggest winners: an online “Beekeeper’s Apprentice” program for learners of all ages run by the California Master Beekeeper Program ($17,238); Cal Aggie Camp, a summer program for young people in foster care ($12,120, exceeding their goal by 21 percent); and Words Take Wing: Honoring Diversity in Children’s Literature, which sought to raise $2,500 and instead brought in $7,685 (307 percent of their goal).

“To exceed our goal was both unexpected and exhilarating,” said Joanne Galli-Banducci, a retired faculty member from the School of Education who founded Words Take Wing, an annual event that over the past 16 years has brought more than 15,000 Sacramento-area schoolchildren to matinee-style presentations by acclaimed children’s authors and illustrators from diverse backgrounds. “During these difficult times people were more than generous. Whatever the amount, their gifts represent sincere support for our program.”

While Poesy’s team, in cooperation with Advancement Services, reviews applications, and also provides the platform, guidance and some publicity, it’s up to project teams to fuel the marketing and networking that lead to success.

“Involve as many people as possible,” said Rachael Helfrich, whose team spearheaded crowdfunding for Cal Aggie Camp. “We have a strong network of current counselors, alumni counselors, former campers, and community members. Cal Aggie Camp is a family, and finding ways for every person to contribute to our campaign was the key to our success.”

Joan Fischer is a senior writer for the Annual and Special Gifts Program in the Office of Development and Alumni Relations, and can be reached by email or at 530-754-0482.