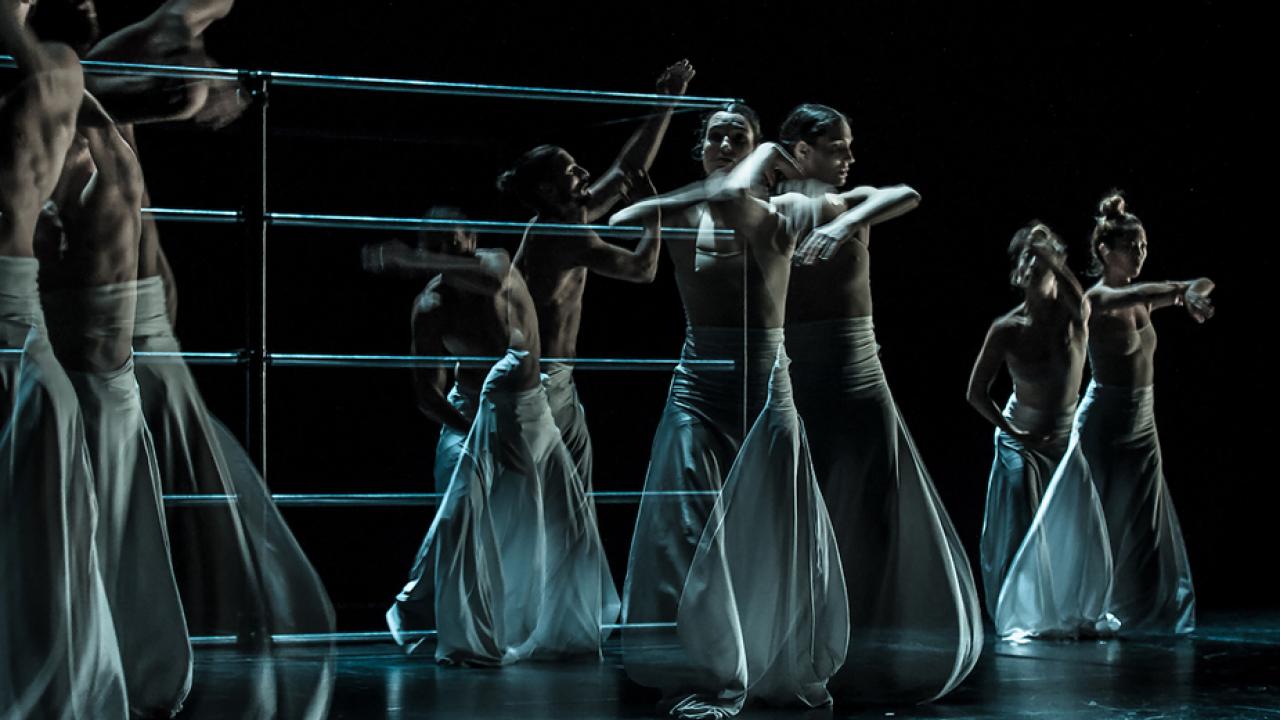 Mondavi in ’18-19 Features Baez and Callas

Note to faculty, staff and retirees: As you peruse the Mondavi Center’s recently announced season, keep in mind there is a revised discount pricing structure in place for 2018-19.

The revision sets up a simpler format: a flat 25 percent discount on all subscriptions — regular series and choose-your-own packages — and all add-on shows.

Think of the possibilities in the upcoming 17th season:

Or, you could put together a choose-your-own (CYO) series with as few as three shows — 25 percent off. Then, as a subscriber, you can add as many more shows as you like at any point during the season — also for 25 percent off.

Previously, faculty, staff and retirees received a 25 percent discount on choose-your-own series of five or more shows, and 20 percent on add-ons. Rob Tocalino, director of marketing for the Mondavi Center, said choose-your-own plans are becoming more popular — and he expects the new flat discount of 25 percent, coupled with the three-show minimum, will attract even more CYO subscribers.

Add-on shows for series and choose-your-own subscribers can come from anywhere else on the schedule — including shows that are being sold as individual or add-on events only, and “Just Added!” events to be announced during the season.

Callas in Concert, as in the late Maria Callas, is among the 2018-19 shows that are available only as individual or add-on events. Callas, the American soprano who died in 1977, will appear via groundbreaking digital and laser holographic technology, with live accompaniment by the Sacramento Philharmonic and Opera.

Other shows being sold individually or as add-ons include Nobunto (a cappella quintet from Zimbabwe), Igor Levitt (piano), Lara Downes and Theo Blackmann (Downes is a pianist, the Mondavi Center’s artist in residence, and Blackmann is a vocalist), Lawrence Brownlee and Eric Owens (tenor and bass-baritone, respectively) in a rare duo recital, and four family-friendly shows: Cirque Mechanics, Akram Khan Company, 7 Fingers Cirque and Mayumana.

The Mondavi Center has set a new start time of 7 p.m. (one hour earlier) for all Sunday-through-Wednesday shows in 2018-19 (with one exception: Joan Baez, Wednesday, Nov. 14, starting time 8 p.m.) — in part for the benefit of faculty and staff, allowing them to more easily fit in shows after work and still get home at a reasonable time.

Previously, the Mondavi Center’s staff-faculty pricing structure offered one discount for series subscriptions and another for choose-your-own subscriptions, and two lesser discounts for add-on shows. “It was confusing,” Tocalino said.

With a flat discount of 25 percent on all subscriptions and add-ons, he said, staff and faculty subscribers “have absolute flexibility in how they want to buy,” knowing they are receiving maximum savings on all of the season’s offerings.

For single-ticket purchases, the staff-faculty discount remains at 10 percent (limit two tickets per order), and there is a $5 fee for ticket exchange. Subscribers are not assessed a fee to exchange tickets.

Interested in becoming a subscriber? You are welcome to put down the $15 The singer subscription fee to join a waiting list, ensuring that you will be among the first to have your subscription filled.

More highlights of the new season

Don Roth, the Mondavi Center’s executive director, has once again offered his “Director’s Choices” for the new season. They include We Shall Overcome featuring Damien Sneed, a gospel-infused celebration of Martin Luther King Jr.; John Leguizamo, actor and writer, whose recent one-man show Latin History for Morons serves as the foundation for his speaking engagement; and the Vijay Iyer Sextet (Jackson Hall Jazz).

And, for its annual St. Patrick’s Day Celebration, the Mondavi Center will feature Eileen Ivers, Irish American violinist, and JigJam, an Irish bluegrass group, preceded by a free beer tasting in the Yocha DeHe Grand Lobby.

Speaking of Ireland, the Mondavi Center will turn the Vanderhoef Studio Theatre into the Vanderhoef Studio Pub, complete with Guinness beer, for the Abbey Theatre of Dublin’s production of Roddy Doyle’s Two Pints, featuring two men at a bar talking about death, North Korea, the afterlife and much more.