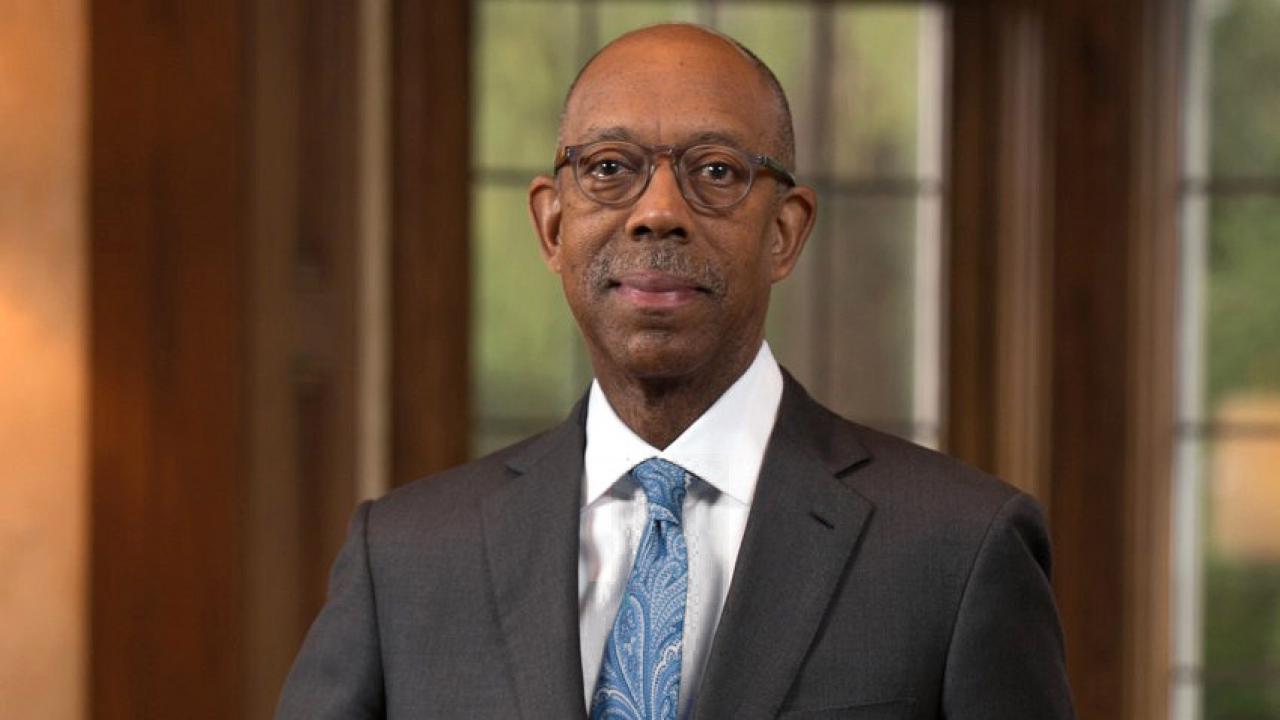 The University of California Board of Regents late this afternoon (July 7) announced the appointment of Michael V. Drake, M.D., as the 21st president of UC’s world-renowned system of 10 campuses, five medical centers, three nationally affiliated labs, more than 280,000 students, and 230,000 faculty and staff.

John A. Pérez, chair of the Board of Regents, will introduce President-designate Michael V. Drake to the UC community during a livestreamed conversation at 11:30 a.m. PDT this Friday (July 10). Here's the link. “I hope you can join us as we begin inaugurating this exciting new era at UC,” Pérez said in a message to the university.

Drake has a long and distinguished career in higher education, most recently as president of The Ohio State University from 2014 until this past week. Prior to his six years at Ohio State, his entire academic career has been at UC, including as chancellor of UC Irvine from 2005 to 2014 and as the systemwide vice president for health affairs from 2000 to 2005.

Drake received his A.B. from Stanford University and his residency, M.D. and fellowship in ophthalmology from UCSF. He subsequently spent more than two decades on the faculty of the UCSF School of Medicine, including as the Steven P. Shearing Professor of Ophthalmology.

Under his leadership, Drake greatly enhanced UC Irvine’s reputation as a premier university. UC Irvine rose to join the top-10 public universities in U.S. News & World Report’s annual list and was ranked by Times Higher Education as the No. 1 university in the U.S. under 50 years old. During his tenure at the campus, the four-year graduation rate increased by more than 18 percent, while undergraduate enrollment and diversity significantly increased. In addition, Drake oversaw the establishment of new schools of law and education as well as programs in public health, nursing and pharmacy.

Drake’s tenure at Ohio State was marked by record-high applications and graduation rates, groundbreaking research and strong donor support. He established several successful programs to increase student access and affordability, including a tuition guarantee program; enhanced scholarships covering the cost of attendance; and increased grants to support middle- and lower-income students. In fact, university’s need-based financial aid increased by more than $200 million between 2015 and 2020.

“Much has changed in the 15 years since I was given the privilege of becoming chancellor at UC Irvine, but not my absolute belief in this great university and its time-honored mission,” Drake said. “I look forward to working with the regents, chancellors, students, faculty, staff, alumni and our broader community as we, together, guide the university through the challenging times ahead.

He added: “Brenda and I are thrilled to be back. Fiat Lux!”

Drake has published numerous articles and co-authored six books. He served as a reviewer for several medical journals, including the Journal of the American Medical Association, Investigative Ophthalmology and Visual Science, and the American Journal of Ophthalmology. Drake is a member of several national scientific and scholarly societies, and has received various awards for teaching, public service, mentoring and research.

He is a member of the National Academy of Medicine and the American Academy of Arts and Sciences. He received the UCSF School of Medicine’s Clinical Teaching Award, the Hogan Award for Laboratory Research, the Chancellor’s Award for Public Service, the Martin Luther King Jr. Award for University Service, the UC Irvine Medal, and the University of California Presidential Medal in recognition of his exemplary service to the university.

‘He sees the whole student’

“Dr. Drake personifies the qualities we looked for in selecting a new president: He is committed to seeing the whole student and to supporting all our students,” said John A. Pérez, chair of the UC Board of Regents. “He recognizes the incalculable value of faculty and staff to the university’s mission, and he understands the importance of the public and private partnerships that help us achieve that mission.

“As the first person of color to serve as UC president, Dr. Drake returns to UC at an important point in the university’s journey. This is a homecoming the University of California is very excited to be celebrating early.”

NCAA and Rock and Roll

“Stepping down as president of the University of California is bittersweet, especially after seven wonderful, dynamic years, but I depart knowing Dr. Michael Drake will lead with experience and integrity, with the critical support and guidance of the UC Board of Regents,” Janet Napolitano said. “Michael has my full confidence, and I am excited to see how his fresh infusion of ideas and new perspectives will shape the University in the months and years ahead.”

The 10-month-long search for the university’s next systemwide leader began in September after Napolitano announced she would leave UC in August 2020. The regents approved rigorous criteria to guide their search.

What others have to say

Regent Gareth Elliott, chair of the special committee in charge of the presidential search — “UC faculty, staff and students repeatedly told us they want a president who will prioritize issues of equity and fairness and be a powerful advocate at the state and national level. When we needed the right person to steward UC’s global reputation, it turns out we didn't have to look too far from home. I am very proud of this thorough and inclusive search, and I’m delighted it resulted in such a great match with Dr. Drake.”

Professor Kum-Kum Bhavnani, chair of the Academic Senate and the Academic Advisory Committee — “We are thrilled that Dr. Drake has chosen to return to UC at this pivotal moment in the midst of profound global and national change. President-designate Drake’s demonstrated commitment to undergraduate and graduate students and the work of faculty, understanding of the needs of UC employees, his commitment to social mobility, and his intimate insights into diversity, policing and inclusion ensure UC will continue to be a leader in higher education nationally and internationally as the world enters a bold new era.”

Student Regent Hayley Weddle, also a member of special committee in charge of the presidential search — “Participating in the search for the next UC president was a privilege that I did not take lightly. The top three qualities I was looking for in a new president were a proven record of success in promoting equity and access in higher education, a commitment to working closely with students as partners to address pressing issues such as basic needs and sexual harassment, and a clear vision to advance UC’s public service mission. President-designate Drake has all of these qualities and more, and I am excited to welcome him back to the University of California.”

The board approved Drake’s salary at $890,000. Pending an academic personnel review, Drake will be appointed as a tenured professor at UCSF.

Drake, 69, and his wife, Brenda, have two grown sons and four grandchildren.