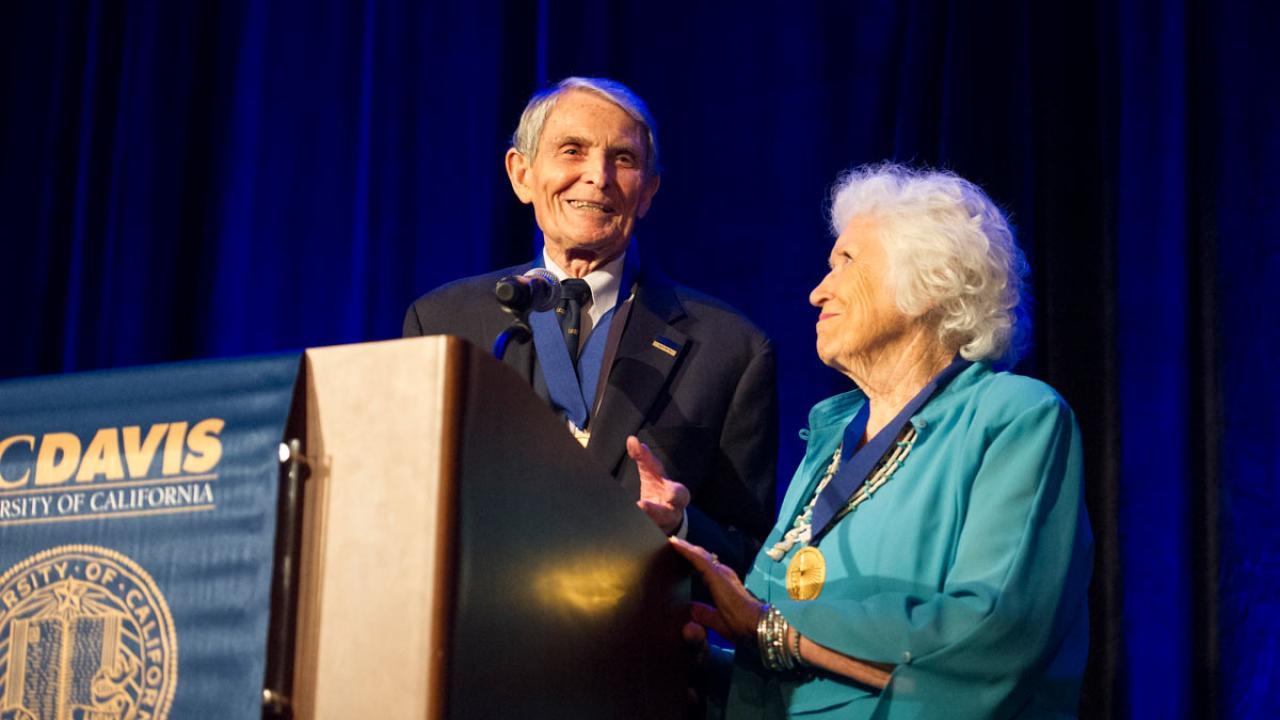 Yocha Dehe Wintun Nation elder Marshall McKay, a former member of the UC Davis Foundation Board who joined his tribe in its ardent support of the university, has died.

The Tribal Council in Brooks, in Yolo County’s Capay Valley, issued a statement Dec. 30 announcing McKay’s death, noting that he had battled COVID-19. “We know our pain is shared by so many families facing the devastating effects of this pandemic,” the council said. “We will miss his strength and wisdom. He was a resolute protector of Native American heritage here, within our own homeland, but also throughout California and Indian Country.”

McKay, 68, died Dec. 29 at died at Hollywood Presbyterian Medical Center in Los Angeles, according to the Los Angeles Times. The newspaper noted McKay’s selection as the first Indigenous chairman on the board of the Autry Museum of the American West in Los Angeles.

He was a member of the Tribal Council for 31 years, 1984-2015, including 10 as the chair, and continued to serve on many of the tribe’s governmental bodies, including the board of directors for Cache Creek Casino Resort.

“He was instrumental in helping Yocha Dehe achieve economic independence, he helped the tribe grow and diversify its agricultural operations, and he helped to greatly expand the tribe’s land holdings within Yocha Dehe’s ancestral territory,” the Tribal Council said.

UC Davis alumnus Richard Rominger, Class of 1949, a Yolo County farmer who held agricultural leadership posts in the state and federal governments, died Dec. 20 at the age of 93.

He met his future wife, Evelyne, who survives him, in the Cal Aggie Marching Band. Stalwart supporters of UC Davis — Rich had served as a member of the UC Davis Foundation Board — each received the university’s highest honor, the UC Davis Medal, in 2016.

“Rich was a true public servant and an inspiration to us all,” Helene Dillard, dean of the College of Agricultural and Environmental Sciences, said in a news story posted Dec. 22 to the college’s website.

Rominger had served as a member of the Dean’s Advisory Council, and also had been an advisor to the chancellor’s office and the UC Davis Agricultural Sustainability Institute.

“Rich was a man of integrity and you could always count on him for thoughtful advice,” Dillard said. “It’s impossible to overstate Rich’s lasting contributions to public service and to agriculture.”

Rominger was a pioneer in both conventional and organic farming. With deep ties to UC Davis, the Rominger family welcomes student and faculty researchers to their 6,000-acre farm to further the science of sustainable food production.

He was a co-founder and founding president of the Yolo Land Trust and had served on the board of the American Farmland Trust for 17 years.