That particular war ended with an armistice 100 years ago last Nov. 11 (originally Armistice Day, now called Veterans Day). By then the war had claimed eight Aggies, including Earl Marshutz Hammer, whose story could be fairly typical of any of our students’ stories today: He was born near the dawn of a new century, came here to study agriculture, wrote for the student newspaper and co-founded a club.

Except his new century was a century ago, and, for him, there was no such thing as “fairly typical” after the war began in 1914. The San Francisco native had enrolled in the University Farm School in 1912 and would go on to graduate in 1915.

He joined the Army’s Enlisted Reserve Corps in 1917 and subsequently that year went on active duty at the School of Military Aeronautics, Berkeley. He completed his training March 8, 1918, and received a commission as a first lieutenant in the Reserve Officer Corps the next day.

In May 1918 he went overseas to fight with the British Expeditionary Forces, assigned to the Air Service. Less than a month into his deployment, “Lieutenant Hammer was killed in action May 19, 1918, over Picardy, France,” according to his page in UC Davis’ Golden Memorial Book. 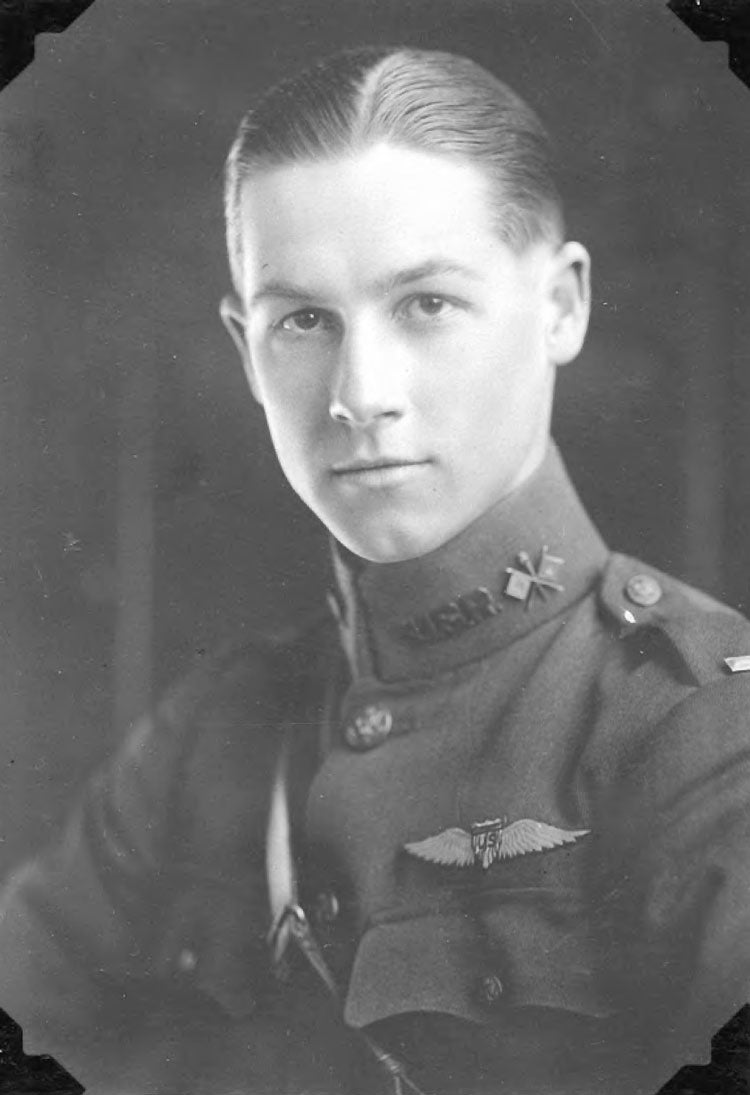 “A German plane flew over the American lines and released a printed message stating that the young American flyer who had fought so bravely and had been shot down over the German lines had been buried with military honors.”

Hammer is also the former namesake of the Fresno Yosemite International Airport, which was known as Hammer Field from 1942 to 1956. The former California State Military Museum said Hammer was the first Californian to die behind German lines during World War I.

“The War to End All Wars” did no such thing, of course. More Aggies would die in World War II, Korea, Vietnam and Iraq.

The Memorial Union, built in tribute to Aggies who gave their lives in military service, will be the venue for next week’s ceremony. The formal program will be in the North Courtyard, and a reception will follow in the East Wing, home to the interactive Gold Star Aggies Wall and the Golden Memory Book telling the stories of our fallen Aggies.

Other Aggie casualties of World War I include Paul McGrath Kidwell, a Marine killed in the Third Battle of the Aisne, a German surprise attack in France during the summer of 1918. Others fell victim to sickness before they completed their training: Walter Duncan Abel, Oscar B. Cappelmann, Perry Eugene Lantz and George Haines Pearson, all of whom died of pneumonia or the flu at various military training locations in California that same year.

At next week’s ceremony, UC Davis Army ROTC cadets will read the names of all Gold Star Aggies, including Sean Endecott Elliott ’09, whose name was added to the Gold Star Aggies Wall and the Golden Memory Book last year. The Marine pilot died in the crash of a cargo plane in July 2017.

The keynote will be given by Anthony Lim Bulaclac Jr., an Army major who is a student in the UC Davis Graduate School of Management. He has served two combat deployments to Afghanistan, as well as tours in South America and Africa.