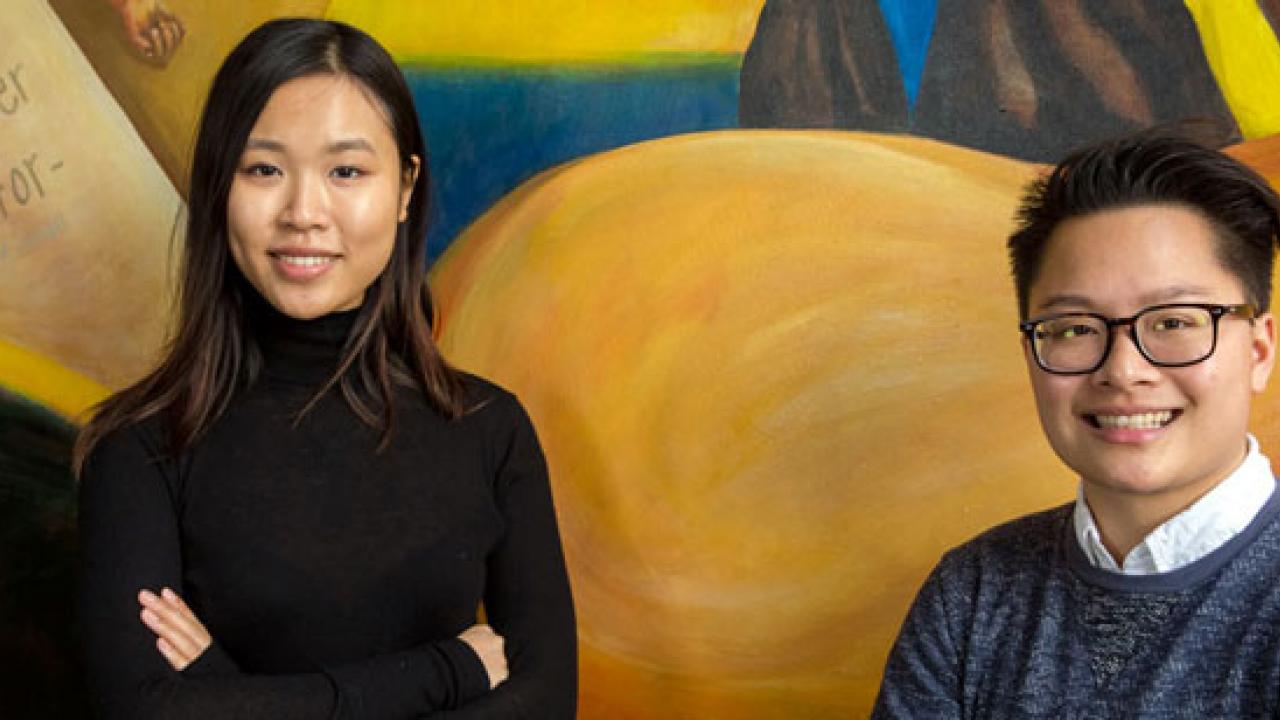 Meet Student Assistants to the Chancellor

This year’s student assistants to the chancellor, Xinyi “Daisy” He and Alexandra “Alex” San Pablo, each has a unique story, but something they have in common is their passion to serve their community on campus. These two outstanding students see this position as an opportunity to make a positive change in our UC Davis community.

“We had never met each other before being elected as the assistants for the chancellor,” said Alex, a senior majoring in civil engineering with a minor in Chicana/Chicano studies.

When she first got here, she never thought she would get so involved on campus. It wasn’t until she took her first Chicano/Chicano studies class that she got inspired about serving the community and also learned about self-determination. She then started an internship at the AB540 and Undocumented Student Center, and also became part of the student board for Scholars Promoting Education, Awareness and Knowledge, or S.P.E.A.K.

The application process for student assistant to the chancellor requires three interviews, and Daisy was exiting her final interview when she first saw Alex, who was waiting her turn. Daisy said, “Good luck!” as she passed by her. Now they are a team.

She was a wellness ambassador, patient advocate at the Paul Hom Asian Clinic and served as election committee chair for ASUCD.

Both students have great projects that they want to accomplish during their time as assistants. One of Daisy’s main projects is to establish a scholarship for international students because she knows how difficult it is to have to pay out-of-state tuition and not qualify for financial aid. She also wants to organize an international food festival to raise cultural awareness and improve the relationship between international and domestic students.

As for Alex, she wants to develop a program of emergency housing for low-income students, and also work with S.P.E.A.K. to help organize its Family Day event during S.P.E.A.K. Week, and make it possible to bring more families this year, so they can participate. She wants to advocate for undocumented students, and help bring awareness to the community to create more resources for them.

Alex and Daisy believe this experience will prepare them for their future careers. They both expressed their main goal: “We want to urge school faculty and admin to pay and support international students and undocumented students, in case you don’t know how or what to help in, that is why we are here to voice what we need.” They are very motivated and committed to make a positive impact for our students in this campus.

Student Assistant to the Chancellor