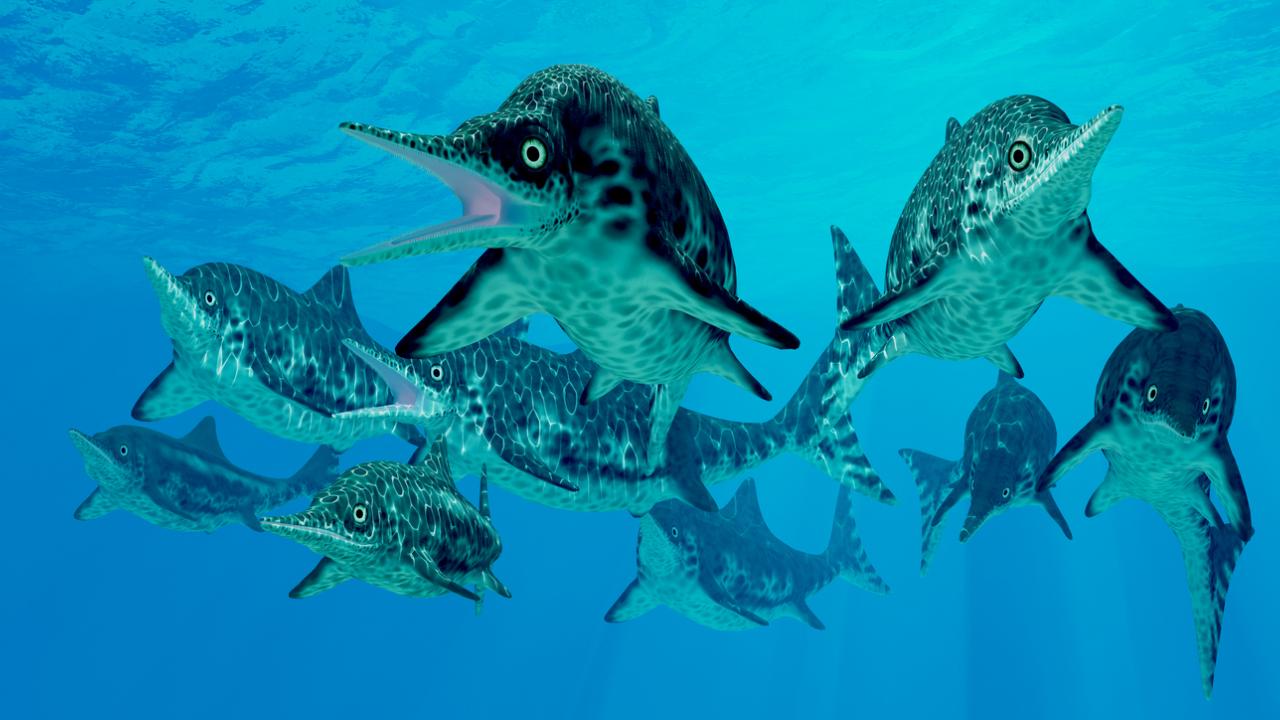 Reptiles rapidly invaded the seas soon after a global extinction wiped out most life on Earth, according to a new study led by University of California, Davis, researchers.

Global climate change — likely triggered by massive volcanic eruptions — killed off more than 95 percent of all species about 250 million years ago, at the end of the Permian period. Land reptiles colonized the ocean in just 3.35 million years at the beginning of the Triassic, a speedy recovery in geologic time, the researchers report today (June 13) in the journal Scientific Reports.

“Our results fit with the emerging view that the recovery was faster than previously thought,” said study co-author Ryosuke Motani, professor of paleobiology at UC Davis’ Department of Earth and Planetary Sciences.

The research was led by Wanlu Fu, now of the Laboratory of Orogenic Belt and Crustal Evolution at Peking University. Fu conducted the research while an in-residence doctoral student working with study co-author Isabel Montañez, professor of geochemistry at UC Davis. Co-authors include scientists from the University of Wisconsin and the University of Milan in Italy. The fossils and rock samples were collected from Majiashan in Chaohu, South China.

The oldest marine reptile fossils appeared 248.81 million years ago, the most precise date yet, according to the study. These pioneering marine reptiles, including the dolphin-like ichthyosaurs and sauropterygians, went on to rule the Mesozoic seas during the era of the dinosaurs.

At the same time, there were major changes in ocean chemistry and carbon cycling, the team found. Vertical mixing of oceanic water had stopped during or soon after the mass extinction, causing widespread depletion of oxygen in the oceans. Carbon isotopes in the Majiashan rock layers suggest the oldest marine reptiles appeared just after a return to healthy ocean circulation, which could have prompted the ecosystem recovery, the researchers suggest. The rocks recorded more vigorous mixing of ocean waters, which would have brought nutrient-rich waters to the surface to fuel tiny organisms at the bottom of the ocean’s food chain.

“We attribute the biotic recovery and initiation of a new marine ecosystem to the final breakdown of this ocean stratification and the return to an oxygenated ocean,” Montañez said.

The carbon isotopes varied on a timescale of 405,000 years and 100,000 years, the study reports. These carbon cycles correspond to Earth’s orbital eccentricity, in which the Earth's orbit shifts from more circular to more elliptical and back. These orbital wobbles also provided a means to precisely date the first occurrence of Mesozoic marine reptiles.