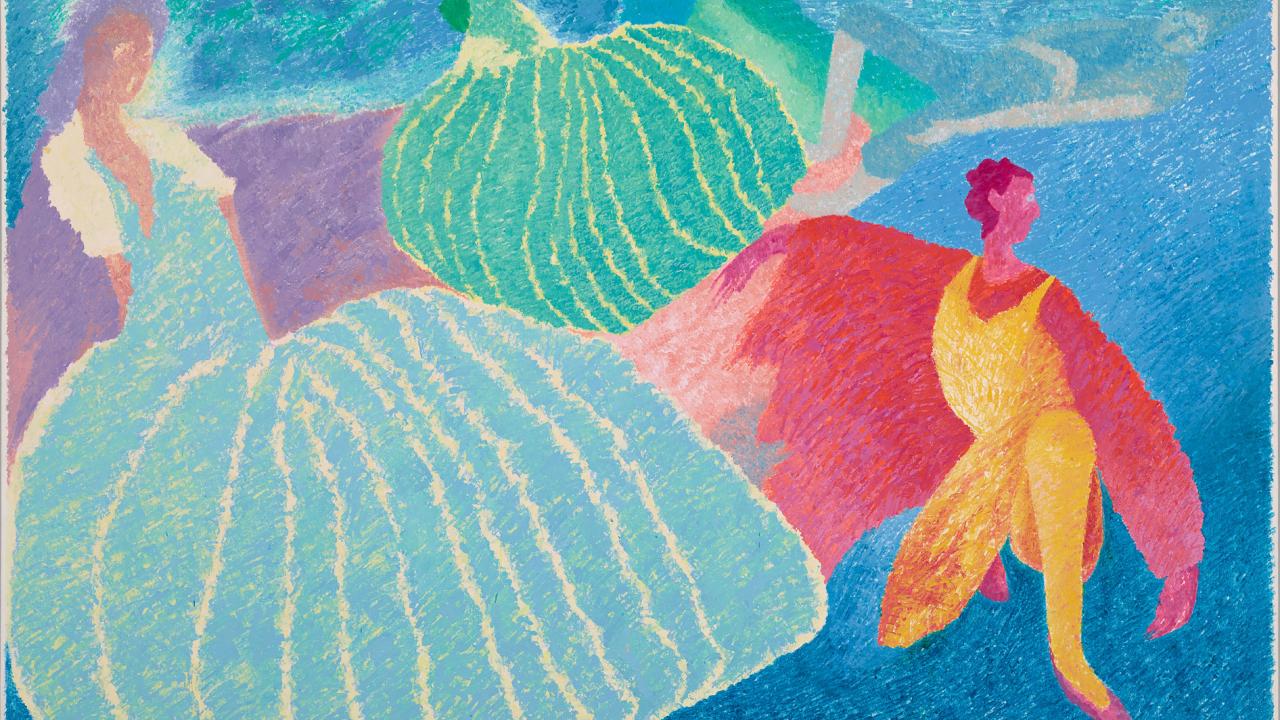 Bruce Nauman: Blue and Yellow Corridor is the first realization of an ambitious corridor installation that Nauman, who earned his master’s degree from UC Davis in 1966, initially conceived of in 1970-71. At a time of major international recognition with the first comprehensive retrospective of his work in over 20 years currently on view at Schaulager in Basel, Switzerland, and opening in October 2018 at The Museum of Modern Art and MoMA PS1 in New York, the Manetti Shrem Museum brings Nauman’s work home to the place where he served as teaching assistant to Wayne Thiebaud and befriended William T. Wiley, both of whom were first-generation art faculty on campus. Since the mid-1960s, Nauman has produced a prolific and radically innovative body of work that has expanded the very boundaries of what art can be. More than two decades ago, then-New York Times chief art critic Michael Kimmelman noted, “[Nauman] may be the most influential American artist around.”

The centerpiece of this exhibition is a large-scale, participatory environment: a narrow corridor with yellow and blue fluorescent light that wraps around three sides of an existing room. The architectural installation forces visitors into a state of heightened self-consciousness and disorientation through its spatial constrictions, closed-circuit video, and bright light. Nauman’s corridors grew out of a series of solitary performances the artist staged for the camera in his studio during the late 1960s. The very first corridor, Performance Corridor (1969), originated as a prop for the video performance Walk with Contrapposto (1968), in which the artist is seen moving slowly up and down a 20-inch wide passageway. This video is featured in the current exhibition, along with his original drawings for Blue and Yellow Corridor and a selection of works from Nauman’s time at UC Davis that anticipate many of the themes of the corridors.

The Manetti Shrem Museum’s fall season also features Irving Marcus: Romance & Disaster, A Retrospective, the first comprehensive exhibition surveying the artist’s long career in California’s Central Valley. A lifelong artist and teacher, Marcus has developed an original form of image making, creating paintings and works on paper with vibrant palettes that celebrate color’s expressive capacity, at times defying expectation. An important figure among a community of artist-colleagues, including UC Davis faculty members Robert Arneson and Wayne Thiebaud, Marcus played an integral role in advancing a chromatic aesthetic that contradicted the more prevalent post-pictorial, post-expressive logic coming out of New York and Los Angeles at the end of the 20th century. Irving Marcus: Romance & Disaster, A Retrospective, brings together more than 60 works that trace the arc of the artist’s career from 1970 to 2017.

Admission is free for all.

Note: Media may access high-resolution art, and instructions for use, at the following links or by contacting the media contacts listed.

The Art of Perpetual Doubt

This is a unique opportunity to hear from one of the foremost art writers of our time about one of the most important artists working today. Peter Plagens, art critic, painter and novelist, shares his reflections on the work of Bruce Nauman, whom he describes as “at once an elder statesman of multidisciplinary art, and perpetually young inquirer into what art is all about in the first place. In other words,” writes Plagens, “he — and his work, including his most recent efforts — are in the history books and the Hall of Fame, as it were, but he keeps proceeding like a rebellious graduate student. The former isn’t trivialized by the latter, and the latter is not slowed down by the former. It’s kind of a miracle, really.” Plagens speaks from the perspective of one who came up as an artist alongside Nauman, having a studio on the same block for most of the 1970s and hitting the court together in a weekly Santa Monica artists’ basketball game. He also performed in Nauman’s 1975 film Pursuit, which features more than 24 minutes of footage of men and women running on a treadmill against a black background, panting desperately into the void while staying in place.

In their forthcoming book, Bruce Nauman: Spatial Encounters, co-authors Lewallen and Bowen examine the way that Nauman's corridors and other architectural installations place the participant’s body within a field of powerful forces that variously destabilize, confound, and frustrate in order to heighten awareness and test the limits of subjectivity. Lewallen will provide a historical perspective for the development of Nauman’s corridors, rooms and other architectural installations, and Bowen will discuss her recent reinstallation of Nauman’s Corridor Installation with Mirror—San Jose Installation (Double Wedge Corridor with Mirror) (1970) at San José State University. Following these presentations, exhibition curator Ted Mann, who is also a contributor to the book, will moderate a discussion focused on the Manetti Shrem Museum’s exhibition, Blue and Yellow Corridor.

Bruce Nauman: Spatial Encounters, the first publication to focus exclusively on Nauman's corridors and other architectural installations, is scheduled to be published by UC Press in January 2019.

The Jan Shrem and Maria Manetti Shrem Museum of Art at the University of California, Davis, opened its doors in November 2016 with a commitment to making art accessible and approachable to all. Offering engaging experiences that reflect and serve the UC Davis community, the museum shares the university’s core values of innovative research, interdisciplinary experimentation, and a dedication to educational programming, and builds upon its legacy of exceptional teaching and practice of the arts.

One-third of the museum’s 50,000-square-foot space is dedicated to educational programming, including a 125-seat lecture hall, classroom space, and the Carol and Gerry Parker Art Studio and Art Yard, which exemplifies the flow between indoor and outdoor space that is a central characteristic of the structure’s distinctive architecture.