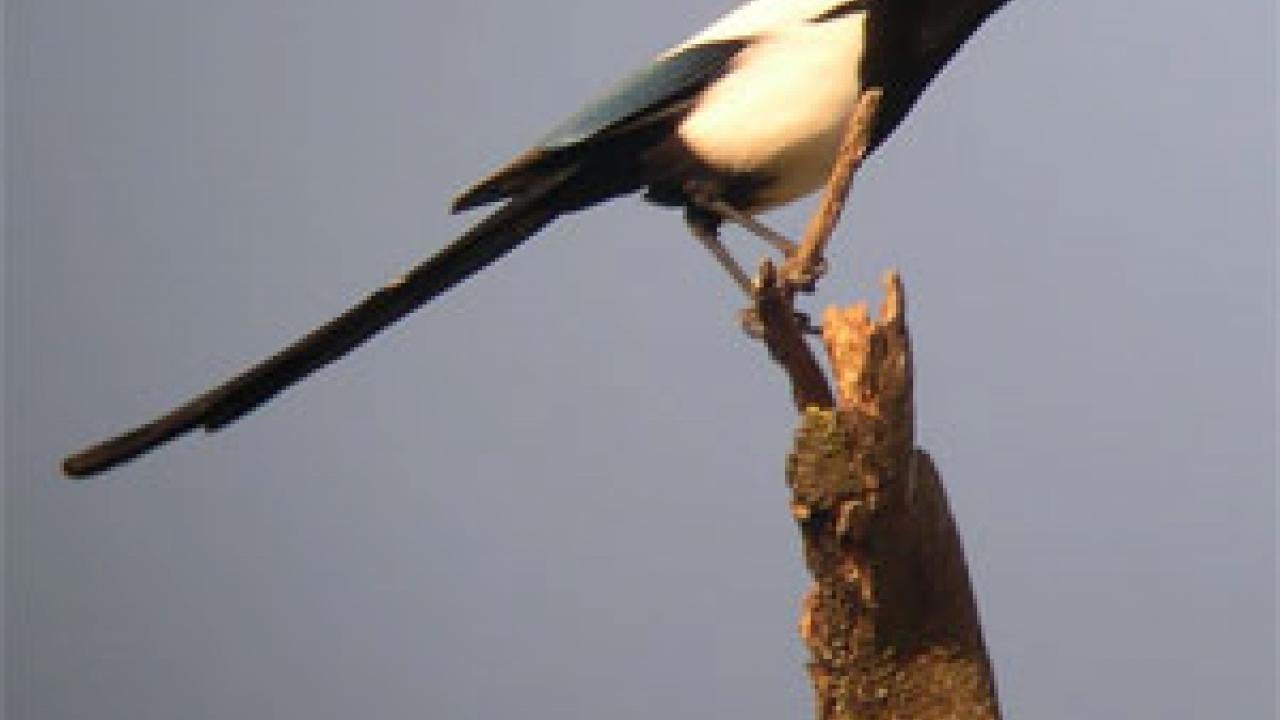 Their concerns led them to ask the California Department of Fish and Game, which has the job of conserving the state's wild birds, to assemble a special group of scientists as soon as possible.

Yellow-billed magpies are found only in California. They are large, black-and-white birds with long tails and loud, squawking voices. Until this summer they had been common in Central Valley neighborhoods and farm fields.

Ernest and Boyce have a number of studies under way to assess the effects of West Nile virus on magpies and their close relatives, jays and crows. In one study, Boyce's research team at the UC Davis Wildlife Health Center has attached small, "backpack" radio transmitters to more than 40 birds to track their movements and to alert the scientists if the bird dies, so that tissue samples can be collected quickly.

In another study, Ernest's team at the UC Davis Veterinary Genetics Laboratory is examining whether West Nile virus has caused a loss in genetic diversity in magpie populations. Such a loss could make the species less able to cope with environmental changes, including diseases. The team developed molecular tools specific for yellow-billed magpies and is comparing magpie DNA collected before West Nile virus entered California with samples collected recently. Similarly, the researchers have developed molecular DNA tools to examine whether the virus is changing the population structure of crows, Swainson's hawks and red-tailed hawks statewide.

Ernest also has established a corps of "citizen biologists" who count magpies, jays and crows on their commutes to work, or as they exercise on walks, runs and bike rides. More volunteers are needed throughout Central California. Information: http://www.vgl.ucdavis.edu/wildlife/projects_BBB.html, or e-mail Ernest at wildlife@vgl.ucdavis.edu.