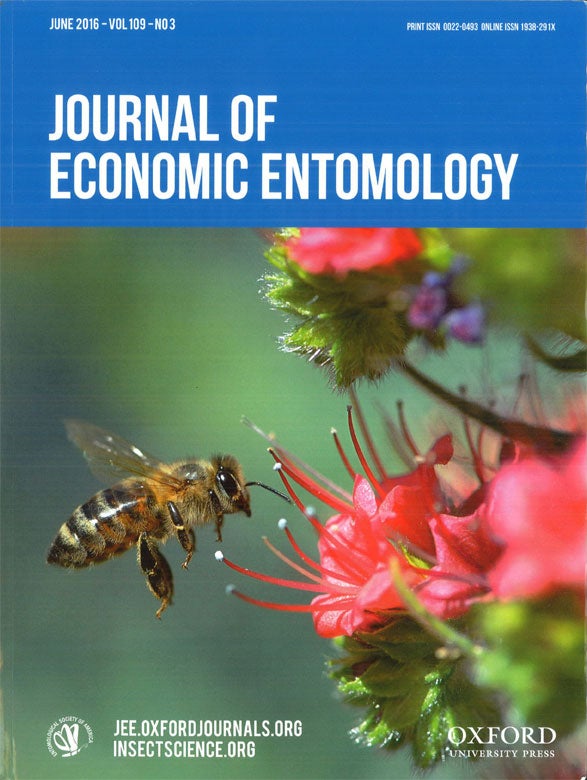 Journal’s June edition features cover photo by Kathy Keatley Garvey, writer and photographer in the Department of Entomology and Nematology. She captured the image — a honeybee heading toward a Tower of Jewels — in her Vacaville garden.

Tate, who has been on the UC Davis faculty for 21 years, has worked to enhance natural resources and sustain productive agricultural enterprises on rangelands through research and education. His studies of rangeland ecology and agro-ecosystems continue to provide tools for effective rangeland management decisions.

He holds the Russell L. Rustici Endowed Chair of Rangeland Watershed Science and serves as the vice chair for outreach and extension in the Department of Plant Sciences.

The California Rangeland Trust is a nonprofit organization dedicated to conserving the open space, natural habitat and stewardship provided by California ranches. Through the use of conservation easements, it has protected more than 291,288 acres of productive grazing lands throughout the state.

The Ecological Society of America is honoring Jennifer Gremer, assistant professor, Department of Evolution and Ecology, with a research award.

She and Larry Venable of the University of Arizona are co-recipients of the George Mercer Award, recognizing an outstanding ecological research paper published within the past two years by a younger researcher (the lead author of the paper must be 40 years of age or younger at the time of publication).

The award is for “Bet Hedging in Desert Winter Annual Plants: Optimal Germination Strategies in a Variable Environment,” published in the journal Ecology Letters in 2014. The paper is based on research out of the University of Arizona, where Gremer studied with Venable (professor of ecology and evolutionary biology) before joining the UC Davis.

“Bet hedging” refers to a strategy whereby an organism sacrifices short-term success to reduce risk over time. In this case, the authors presented definitive evidence that winter annual plants in the Sonoran Desert delay seed germination as a bet-hedging strategy, and that species facing more risk show a greater tendency to hedge their bets.

The award presentation is set for the society’s annual meeting, being held this year in Fort Lauderdale, Florida, in August.

Howard Cornell, professor emeritus, Department of Environmental Science and Policy, has been elected a fellow of the Ecological Society of America, honored for his contributions in the areas of herbivore natural enemy interactions, species diversity and macroecology.

He’s one of two UC Davis faculty members in the society’s new class of fellows. Peter Moyle is the other, as reported in the April 25 Laurels column. He’s a professor emeritus, Department of Wildlife, Fish and Conservation Biology and associate director of the Center for Watershed Sciences, honored for his “huge and unique contributions to our understanding and management of inland fishes and freshwaters of California.”

Gov. Jerry Brown recently reappointed Marq Truscott, a lecturer in landscape architecture since 1995, to the California Landscape Architects Technical Committee. Truscott has served on the panel since last year; his appointment does not require Senate confirmation.

He was president at Quadriga Landscape Architecture and Planning Inc. from 1997 to 2015 and at Collaborations from 1991 to 1997. Truscott was an associate at the Austin Hansen Group from 1987 to 1991 and a landscape architectural designer at BSI Consulting from 1983 to 1987.

The National Association of Fleet Administrators has granted accreditation to Fleet Services for having a “sustainable fleet” — meaning that the UC Davis unit manages its 1,006-vehicle fleet in a manner that reduces reduces emissions, increases fuel efficiency and reduces fuel use.

The accreditation is the only one of its kind in the UC system. UC Davis joins only 20 other universities, municipalities and businesses that have earned the distinction.

The Tier 3 accreditation is valid for two years, and, in that time, Fleet Services will work with campus departments and customers to achieve the highest ranking (Tier 4) by reducing vehicle idling times.