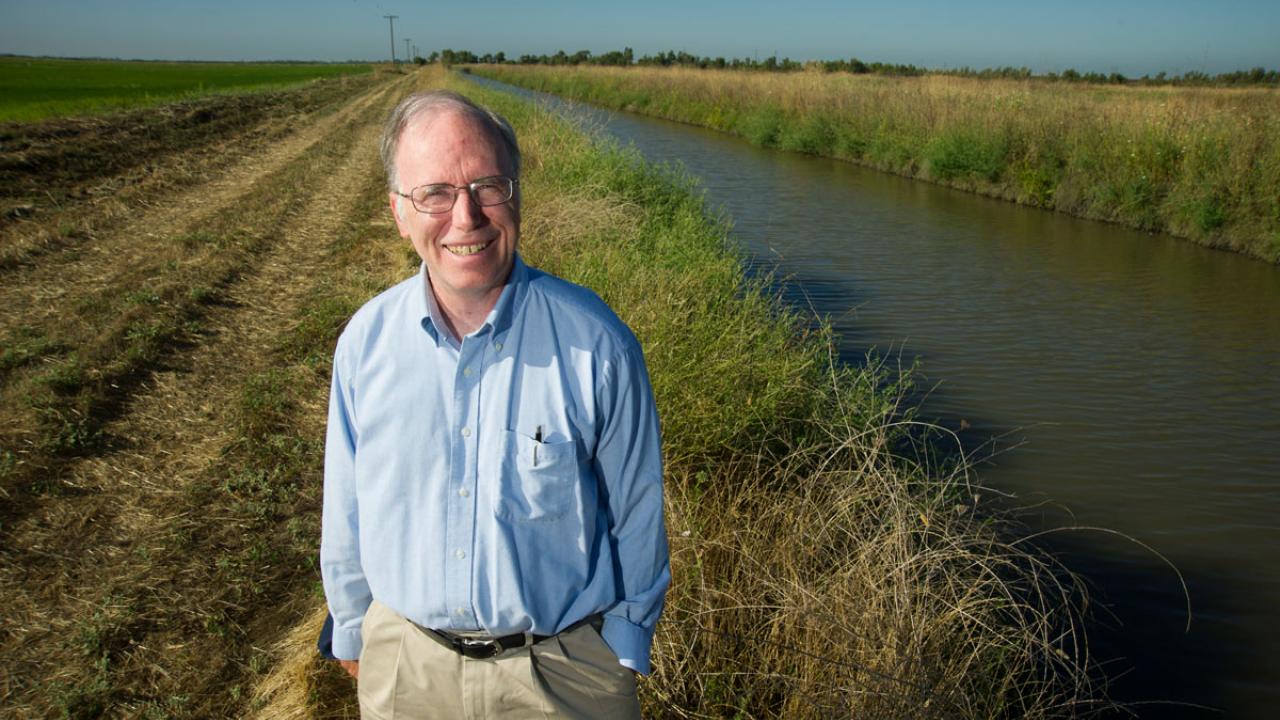 Jay Lund recently received an international prize for his work in water management and protection — an award established by the late Prince Sultan bin Abdulaziz of Saudi Arabia.

Lund is a distinguished professor of civil and environmental engineering, and the director of the Center for Watershed Sciences. He was elected to the National Academy of Engineering in 2018.

“CALVIN was successful in reshaping and optimizing water planning and management in California, with substantial improvements to the public welfare,” the council declared in its overview of Lund. “Other countries around the world, including Mexico and Spain, have developed large-scale economic-engineering optimization models with CALVIN as their backbone.

“His work shows how the natural and social sciences can inform public policy in a challenging political environment and contribute to regional water conflict resolution.”

David Olson, whose research focuses on psychedelic compounds with potential to treat depression, anxiety disorders and addiction, recently received a young-investigator award from the American Society for Neurochemistry.

Nominees for the Jordi Folch-Pi Memorial Award must be no more than 10 years out from receiving their Ph.D.s, The award honors its recipient for a high level of research competence and originality, and for significantly advancing the knowledge of neurochemistry, and showing a high degree of potential for future accomplishments.

Olson, an associate professor, holds joint appointments in the departments of Chemistry, and Biochemistry and Molecular Medicine. He was a 2018 Hellman Fellow and has received mentoring awards from the School of Medicine and the University Honors Program.

Sarah Messbauer, research development specialist on the Interdisciplinary Research Support team, has been recognized as a 2020 Rising Star by the National Organization of Research Development Professionals, which cited her for “distinctive contributions” to the Member Services Committee and to the organization.

As a leader of the Member Services Committee, she drafted Access Guidelines for Presenters, providing practical steps to make conference sessions and presentations accessible to attendees with permanent or temporary disabilities and/or special needs.

The organization also cited her for co-facilitating a professional development workshop, co-managing the Ambassador Program and New Member Orientation and Networking, and co-hosting a new member networking dinner.

The American Physical Society has chosen William Jackson, distinguished professor emeritus of chemistry, to receive its Julius Edgar Lilienfeld Prize for 2021. The prize honors “outstanding contributions to physics by a single individual who also has exceptional skills in lecturing to diverse audiences.”

Jackson was elected a fellow of the American Physical Society in 1995. His research on chemical reactions in asteroids and comets provided fundamental information about the universe. In 1996, the Planetary Society named an asteroid in his honor: Billjackson (asteroid 1081 EE37). He is also the recipient of the Arthur B.C. Walker II Award from the Astronomical Society of the Pacific.

He helped found local and national programs promoting diversity in science, including the National Organization for the Professional Advancement of Black Chemists and Chemical Engineers.

Jackson was elected a fellow of the American Association for the Advancement of Science in 2004 and is a recipient of the association’s Lifetime Mentor Award. He also has received the Catholic University of America Alumni Achievement Award in Science and the Morehouse College Bennie Trailblazer Award.

More from the School of Law: