The American Physical Society announced that it will award the 2017 J.J. Sakurai Prize for Theoretical Physics to Jack Gunion of UC Davis and three others for their role in the detection of the Higgs boson particle, one of the biggest scientific achievements of the past 50 years.

The prize citation acknowledges the physicists’ “instrumental contributions to the theory of the properties, reactions and signatures of the Higgs boson.”

Gunion, emeritus professor, shares the prize with Sally Dawson of Brookhaven National Laboratory, Howard Haber of UC Santa Cruz and Gordon Kane of the University of Michigan, Ann Arbor. Their Higgs Hunter’s Guide, published in 1989, influenced the design of the two main experiments at the Large Hadron Collider, or LHC, in Switzerland, where scientists first observed the Higgs boson in 2012 — more than 40 years after the particle’s existence had been theorized.

“I’ve often joked that I was personally responsible for forcing each of the LHC collaborations to spend the $30 million or so needed to build a photon detector with the energy resolution required,” said Gunion, who joined UC Davis as an associate professor in 1975

The award presentation is scheduled for Jan. 25 at the APS Medal Ceremony in Washington D.C. 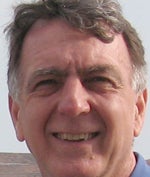 Professor Frank Osterloh is a newly named fellow of the Royal Society of Chemistry.

Specializing in the chemistry and properties of inorganic nanomaterials, Osterloh has led his group in developing methods to assemble metallic, magnetic and luminescent nanoparticles into nanostructures with useful properties, for compasses, magnetic liquid crystals and chemical sensors. His research also encompasses nanomaterials for solar energy and biofuels.

The Royal Society of Chemistry, founded in 1841, is the United Kingdom’s professional body for chemical scientists and the largest organization in Europe for advancing the chemical sciences.

Mathematics professor Naoki Saito is the recipient of two awards from the Japan Society for Industrial and Applied Mathematics, or JSIAM — a “best author” award for one paper and a “best paper” award for another.

Saito works in the field of applied and computational harmonic analysis, which has wide-ranging applications in computer science, electrical engineering, geophysics, neuroscience and statistics.

Professor Chip Lesher of the Department of Earth and Planetary Sciences has been elected a fellow of the Geological Society of America, in recognition of his “innovative studies of the chemistry and physics of magmatic systems with particular reference to physical and transport properties that impact the differentiation of Earth and the planets.”

Department chair Dawn Sumner received the 2016 Distinguished Career Award from the society’s Geobiology and Geomicrobiology Division. The award recognizes those who have significantly shaped the field of geobiology, and demonstrated exceptional geobiological research and teaching.

UC Davis is the recipient of Million Women Mentors’ Higher Education Institution of the Year Award, recognizing the university’s leadership and dedication to the MWM mission of matching girls and women with mentors (female and male) in science, technology, engineering and math.

Beth Broome, senior advisor to the UC Davis provost on STEM strategy, accepted the award at the Million Women Mentors Summit and Gala in early October in Washington, D.C. Broome serves as a co-lead for Million Women Mentors-California, with Nancy Kirshner-Rodriguez, executive director of the California Commission on the Status of Women and Girls; and Venita Sivimani, a UC Davis alumna who is chief executive officer of Dermveda, a web resource for skin health and education.

Million Women Mentors-California launched in January 2016 with a goal of 50,000 mentor relationships by the end of 2018. Broome has led strategic planning and development of a statewide infrastructure that includes a website and a telementoring pilot project.

Broome said UC Davis and the California Commission on the Status of Women and Girls will support a part-time consultant for a year to help further organize and develop the organization.