The Association of Public and Land-Grant Universities, or APLU, board of directors elected Chancellor Gary S. May to its executive committee last weekend, four days after another national association honored May and Sacramento Mayor Darrell Steinberg for their work on Aggie Square.

The board also awarded an executive committee seat to Rebecca Blank, chancellor of the University of Wisconsin-Madison. She and May serve on the board of directors as representatives of the APLU’s Council of Presidents; Blank is the council chair and May is the secretary. 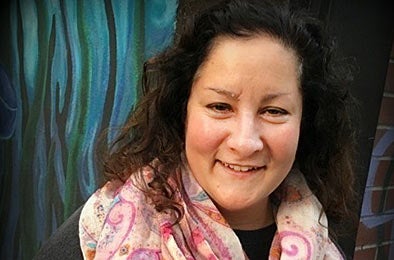 UC Davis has another leader at the APLU table: Dana Topousis, chief marketing and communications officer, who is chair of the APLU’s Council on Strategic Communications, and, as such, serves on the board of directors.

Robert Jones, chancellor of the University of Illinois at Urbana-Champaign, took office Monday (Nov. 11) as the board president. May’s position on the executive committee puts him in line to be president in three years.

Founded in 1887, the APLU is North America’s oldest association of institutions of higher education. The association, with a membership of 243 institutions, is dedicated to strengthening and advancing the work of public universities in the United States, Canada and Mexico, through research, policy work and advocacy.

“We’re thrilled to have Gary May join the APLU board of directors and the board’s executive committee,” APLU President Peter McPherson said. “As a higher education leader and engineer by training, we’re looking forward to his vast analytical ability and strategic vision.

“The board of directors plays an essential role in shaping APLU’s work to advance the education, research and engagement missions of public higher education. We are so pleased that Gary will be at the table helping to provide a national direction.”

The Association of University Research Parks, or AURP, gave its Leadership Award to Chancellor May and Mayor Steinberg in recognition of the unique partnership they established for Aggie Square, the innovation hub planned on UC Davis’ Sacramento campus.

Aggie Square matches UC Davis’ strengths to community priorities and engages relevant industry partners to create opportunities for all, unlike many other research parks that focus exclusively on startups or narrowly focused industries.

“This recognition gives us extra confidence we’re not just on the right track with Aggie Square, we’re on the cusp of doing something transformative for the greater Sacramento region,” May said. “Mayor Steinberg and his team have been by our side through the whole process and have helped us see the possibilities of what we can accomplish.”

Mayor Steinberg said: “We have the opportunity with Aggie Square to take the best of what we know about creating career pathways and use it to build a model that will provide new opportunities for young people in our neighborhoods.

“I thank Chancellor May for enthusiastically embracing this vision, which goes far beyond the usual handful of internships.”

The AURP Leadership Award, given to two people for the first time, recognizes business, higher education, government or community leaders who have made significant and substantial contributions to the creation, development and/or regional impact of a research park, science park or innovation district affiliated with one or more institutions of higher education.

Brian Darmody, chief executive officer of the AURP, noted the association is keeping track of “this amazing project’s progress,” thanks to updates from AURP board member Mark Romney, chief strategy officer for Aggie Square, and director of research, development and industry alliances for UC Davis Health.

“We are thrilled that the two leading members of the community are being honored today for their role in making it happen,” Dermody said.

In June, UC Davis issued a request for qualifications to developers interested in financing, designing, building, owning and managing the first phase of Aggie Square. Officials narrowed the candidates to four and have asked them for proposals; one of them is due to be selected in December. Construction is scheduled to begin in mid-2021.