Kelly Ratliff, Vice Chancellor of Finance, Operations and Administration, to Retire in May 2022

Kelly Ratliff, who was appointed to the position of vice chancellor of Finance, Operations and Administration by UC Davis Chancellor Gary S. May in January 2018, has announced she will retire in May 2022.

Ratliff served as interim vice chancellor starting in 2016 before being selected to the role permanently. In addition to being a proud Aggie alumna, Ratliff’s UC Davis career has spanned 35 years.

She has been a strong leader in the Davis campus’ operational response to the COVID-19 pandemic, including planning, mitigation and reporting. FOA and partners across the university, including Student Affairs, Human Resources and the Genome Center, put the “ready” in Campus Ready — handling a multitude of issues from COVID-19 testing to Workplace Reimagined.

They also have played a central role in managing the nationally recognized Healthy Davis Together initiative, a partnership between UC Davis and the city of Davis.

She has led a multiyear expansion of student housing on campus, including The Green at West Village, completed this year, the largest public-private partnership to be financed in the United States; and the Orchard Park replacement project that will open in the fall of 2023. She also is actively involved in the planning for Aggie Square in Sacramento and is providing financial strategies for the recently announced multidisciplinary Grand Challenges facility on the Davis campus.

She oversaw the construction of California Hall, a lecture hall, and got the Teaching and Learning Complex off the ground. Other projects she oversaw included an overhaul of the Arboretum and Public Garden, and the installation of new sidewalks and bike lanes.

Still ongoing and under her purview: the “Big Shift,” in which a new network of pipelines will carry a new heat source to campus buildings. Instead of steam produced by a fossil fuel (natural gas), the heat will come from hot water produced from a sustainable fuel (electricity) — part of a larger effort to attain carbon-neutral status, which has earned UC Davis high accolades for sustainability.

Ratliff’s division also led changes toward sustainable and modern models of transportation and parking, including offering pay-by-phone and hourly parking as well as encouraging the use of public transportation, ridesharing and bicycles. She has had a central role in planning and implementing the memorandum of understanding with the city of Davis and Yolo County that outlines housing and transportation improvements.

She and her team have engaged in a transformation of campus human resource practices, a transition to a shared-service model, substantial updates to campus budget, financial and data analysis systems, and analyses to inform strategic initiatives.

She also oversees the campus Fire and Police departments, both of which are nationally accredited. The Safety Services division has, with Ratliff, ensured preparedness for wildfire smoke impacts and put other systems in place to maintain a safe and healthy campus.

Chancellor May plans to launch a national search for the position with SP&A Executive Search. Details about the position and recruitment process will be announced soon. 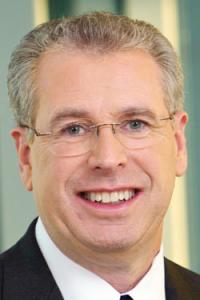 Tim Maurice, chief financial officer for UC Davis Health, has announced he plans to retire in March 2022. He has been the CFO since 2011, responsible for the financial operations of UC Davis Health, including the School of Medicine, Betty Irene Moore School of Nursing, UC Davis Medical Center, clinics and the faculty practice plan.

The executive search firm Opus Partners will conduct the national search for the next CFO. The person who fills the role will have a dotted reporting line to the next vice chancellor of FOA to align and coordinate the financial foundation of the university overall.