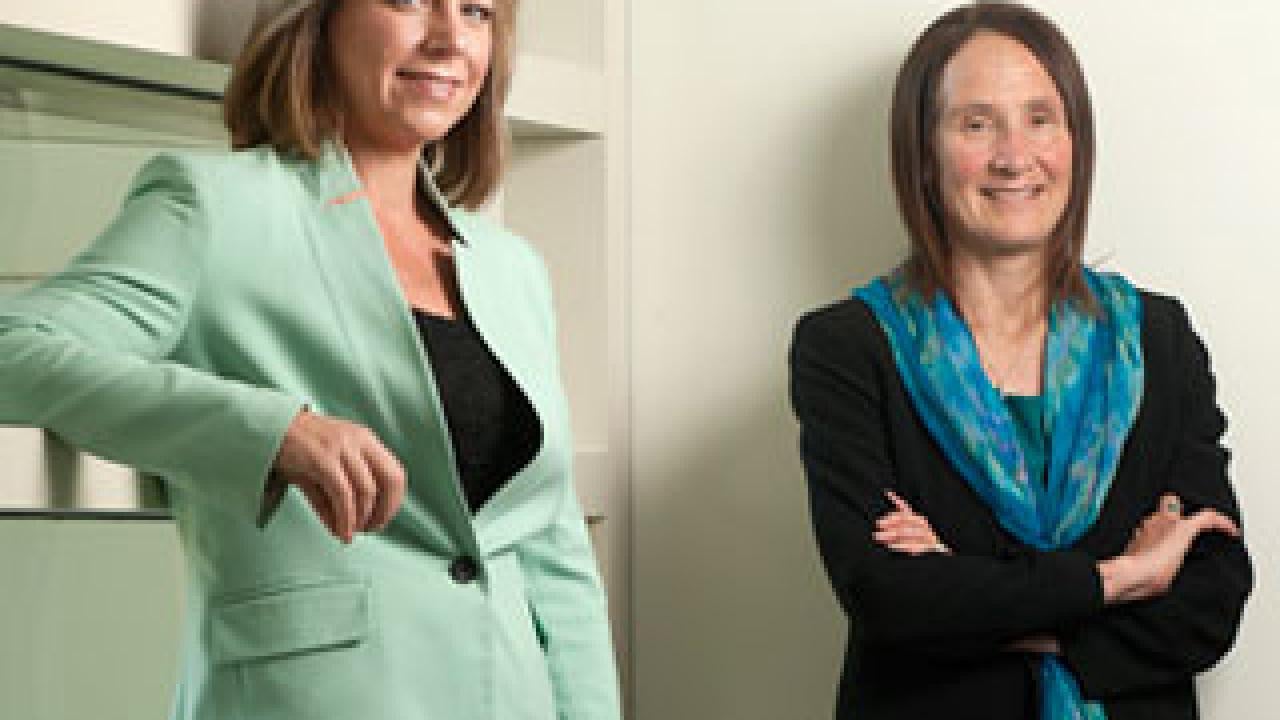 Two faculty members at the University of California, Davis, have been elected to the Institute of Medicine, one of the nation’s highest honors in health and medicine.

Nancy E. Lane is an endowed professor of medicine and rheumatology and director of the Center for Musculoskeletal Health at UC Davis Health System. Jonna Mazet is a professor of epidemiology and disease ecology and director of the Wildlife Health Center and One Health Institute at UC Davis School of Veterinary Medicine. She is also global director of PREDICT, part of the U.S. Agency for International Development’s Emerging Pandemic Threats Program. They join 68 other new members and 10 foreign associates elected to the prestigious institute.

“Being elected to the Institute of Medicine is a truly phenomenal achievement, and professors Lane and Mazet epitomize why UC Davis is a world leader in human health and veterinary medicine,” UC Davis Chancellor Linda P.B. Katehi said. “UC Davis is proud to call professors Lane and Mazet members of our faculty, and as international leaders in their fields they will greatly serve the Institute of Medicine in their efforts to solve the world’s most pressing health issues.”

Their election, announced today during the Institute of Medicine’s 43rd annual meeting, brings to 13 the total number of current and emeritus UC Davis faculty who are members.

The institute is an independent, nonprofit branch of the National Academy of Sciences. Its members are recognized as distinguished individuals who have made major contributions to the advancement of the medical sciences, health care and public health.

Lane is an internationally recognized scientist in the fields of osteoporosis and osteoarthritis. Her translational research team has been instrumental in defining the role of hormones known as glucocorticoids in bone fragility, including their effects on cell stress and vulnerable cell populations such as osteocytes, and she is a pioneer in the genetics of and novel treatments for osteoarthritis. She and her research team have developed a compound that directs stem cells to grow new bone and could potentially revolutionize osteoporosis treatments.

She has received numerous awards, including the UC Davis Dean’s Award for Scientific Mentoring in 2008, the David Trentham Lectureship and Women in Medicine Lectureship by Harvard Medical School in 2013, and the Paula Stern Lifetime Achievement Award by the American Society of Bone and Mineral Research in 2013. She also received the Bone and Joint Decade Outstanding Achievement Award in 2009 for developing a mentoring program in grant writing.

Lane has provided editorial leadership to several influential journals, including Arthritis and Rheumatism, and Journal of Rheumatology. She was elected to the Association of American Physicians in 2006 and as a Master of the American College of Physicians in 2012. She continues to have an active rheumatology practice and has been named among the “Best Doctors in America” annually since 2004.

“This is incredible recognition for me and my talented research team,” Lane said. "We are making real differences in both prevention and treatment options for the millions of people around the world who suffer from musculoskeletal diseases, and I am truly honored that my peers have acknowledged our efforts."

To address global health challenges, Mazet employs a One Health approach, the philosophy for which the One Health Institute she directs is named. One Health recognizes that humans, animals and the environment are inextricably linked. As director of the $75 million program PREDICT, she has brought together an interdisciplinary team of experts to develop and support a global early warning system for emerging diseases that move between wildlife and people, such as HIV, Ebola and SARS. Her leadership has expanded the One Health workforce by more than 2,500 people and discovered 250 viruses known to cause epidemics.

As director of the Wildlife Health Center, she has overseen accomplishments that include diagnosis of novel infections, tracked pathogen pollution from its victims to the source, and contributed to the conservation of endangered species, from mountain gorillas in Rwanda to sea otters in California.

As a professor in the School of Veterinary Medicine, Mazet mentors veterinary and graduate students and postdoctoral trainees, and provides service to government agencies and the public regarding emerging infectious disease and conservation challenges.

Among her accomplishments, Mazet received the International Wildlife Disease Association and American Association of Wildlife Veterinarians Joint Thorne Williams Award for most significant contribution to the field of wildlife health in 2011. She also received the 2012 Outstanding Alumna Award from UC Davis, where she earned all of her higher education degrees and has spent the bulk of her 19-year career.

“I feel like I’m being honored for a body of work that is only possible because I’ve been lucky to work with an amazing team,” Mazet said of her election to the Institute of Medicine. “We can only begin to solve global problems by working effectively together across disciplinary, geographic and political boundaries.”

About the UC Davis Health System

UC Davis School of Veterinary Medicine serves as an international leader by providing educational, research, clinical and public service programs of the highest quality to advance the health of animals, people and the environment. Its One Health Institute and Wildlife Health Center manage One Health programs for people and animals ranging from the Pacific Northwest to Africa’s Congo Basin and Rift Valley.