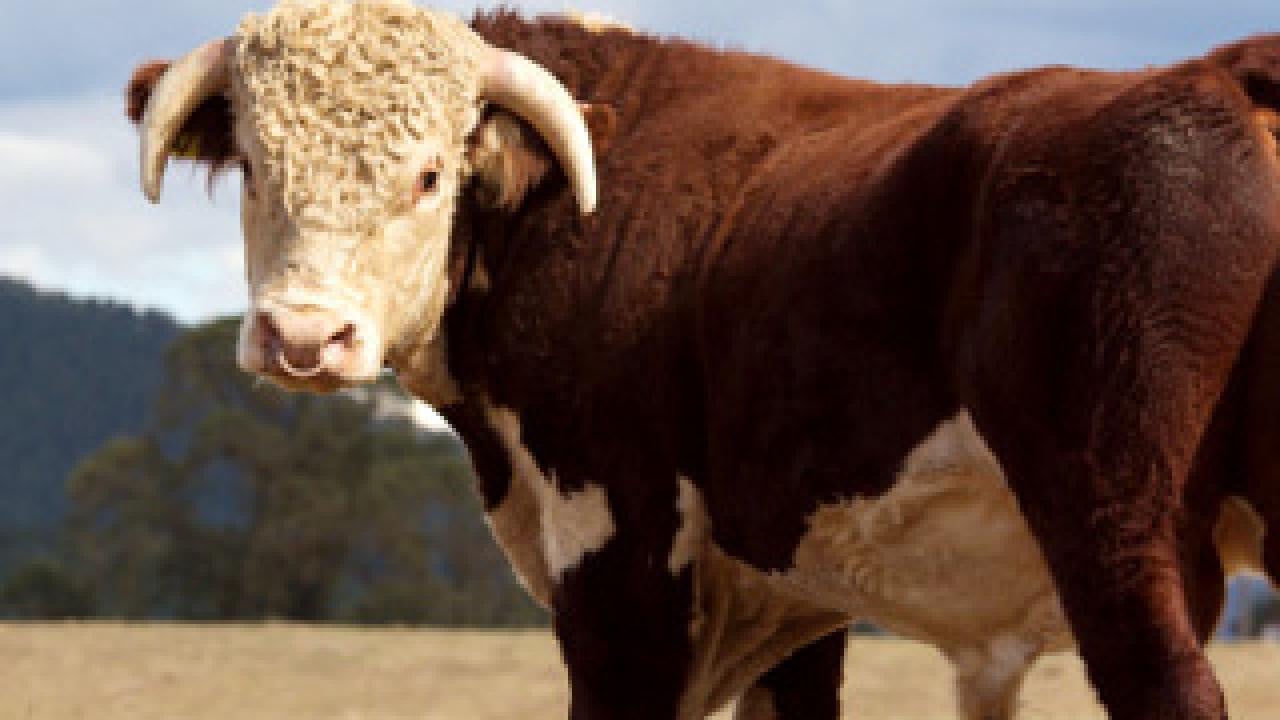 A new cow virus that causes neurologic symptoms reminiscent of mad cow disease has been identified and its genome sequenced by a team of researchers including scientists at the University of California, Davis.

While this particular new virus is unlikely to pose a threat to human health or the food supply, the new findings are critically important because they provide researchers with a relatively simple diagnostic tool that can reassure both ranchers and consumers by ruling out bovine spongiform encephalopathy — mad cow disease — as the cause of neurologic symptoms when they appear in cattle.

Results of the study appear online in the September issue of the Emerging Infectious Diseases Journal, published by the U.S. Centers for Disease Control and Prevention.

“Neurologic disease in cattle can be difficult to diagnose because there are a number of different causes, and pre-mortem sampling and analyses can be cumbersome and/or expensive,” said Patricia Pesavento, a veterinary pathologist in the UC Davis School of Veterinary Medicine and corresponding author on the paper.

“Understanding the role of this virus is crucial for veterinarians as well as for the dairy and beef cattle industries,” she said. “Additionally, finding new viruses helps us identify other, more remote viruses because it builds our knowledge of both the depth and breadth of viral family trees.”

In this new study, researchers analyzed brain tissue from a yearling steer with neurologic symptoms of unknown cause. Through this analysis, they discovered a new virus that belongs to the astrovirus family. Further study of brain tissue samples, preserved from earlier examinations of 32 cattle with unexplained neurologic symptoms, revealed the presence of this astrovirus in three of those animals.

The researchers used “metagenomic” techniques to sequence this astrovirus species — now referred to as BoAstV0NeuroS. This newly identified virus becomes the third separate astrovirus species detected in brain tissues, and each of these is associated with neurologic disease. Tissue analysis and distribution studies suggest that the cow virus is most likely to be found in the spinal cord and causes a uniquely patterned tissue abnormality, thus enabling diagnosticians to quickly eliminate mad cow disease as the cause of neurologic symptoms.

“Further research is needed to determine the viral origin and progression, like whether development of neurologic symptoms from this astrovirus requires other factors such as a co-infection by some other microbe or a weakened immune system,” Pesavento said. “Further testing may also provide information about how often and for how long the animal sheds the virus.”

Pesavento’s laboratory also recently identified a new virus from the circovirus family that caused a fatal hemorrhagic disease in multiple dogs. Findings of that study were published in the April issue of the Emerging Infectious Diseases Journal.

A wide variety of these small viruses have been reported to infect mammals and birds, including humans, cattle, pigs, sheep, mink, dogs, cats, mice, sea lions, whales, chickens and turkeys.

People are frequently exposed to intestinal astroviruses, with infants, the elderly and individuals who have compromised immune systems most at risk for experiencing acute symptoms of intestinal upset.

Before this report, astroviruses had been implicated twice in neurologic disease: once in a teenage boy with a weakened immune system, and also in an outbreak of “neurological shaking disease” in mink.

Cattle that have neurologic symptoms are vigilantly screened to safeguard the human food chain from disease-causing microbes and toxins. These diseases — caused by bacteria, parasites, viruses, toxins or nutritional disturbances — include rabies, salmonella, listeria, chlamydia and mad cow disease. Bovine spongiform encephalopathy, or mad cow disease, has become a major public health concern after a connection was discovered between the disease in animals and a similar rare, and devastating, human ailment called variant Creutzfeldt-Jakob disease.

Early and rapid recognition of the causes of neurologic disease in cattle is therefore of the utmost importance; however such diagnosis is labor-intensive, costly and challenging because of the large number of microbes and disorders that can cause neurologic diseases.

Support for the study was provided by the Blood Systems Research Institute; the National Institutes of Health, grant R01 HL105770; the Bernice Barbour Foundation; and the UC Davis Center for Companion Animal Health.