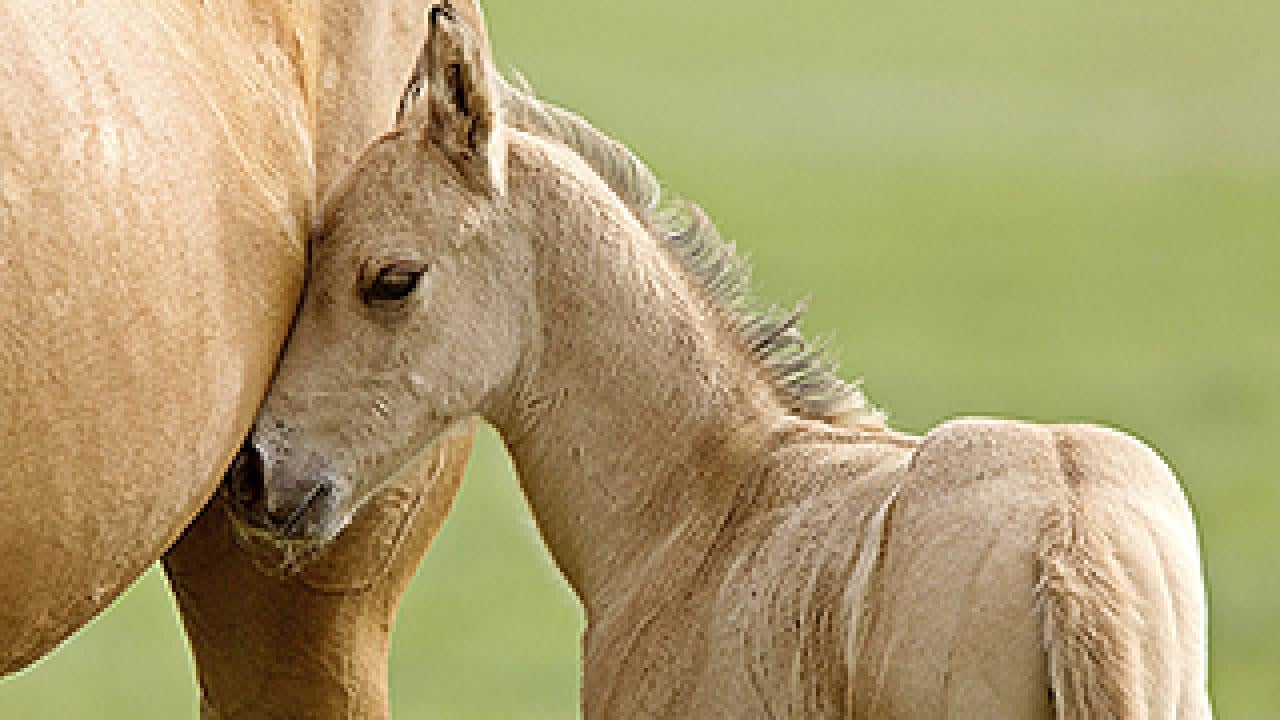 Identification of a new pregnancy-supporting hormone in horses has resolved a reproductive mystery that has puzzled scientists for decades, and it may have important implications for sustaining human pregnancies, reports a team of researchers, led by a UC Davis veterinary scientist.

Characterization of the hormone, dihydroprogesterone, or DHP, may lead the way to better hormone therapies for preventing pre-term labor in pregnant women.  The findings are reported online in the Feb. 18 Early Edition of the Proceedings of the National Academy of Sciences at: http://bit.ly/1fp35n7.

“This work ends 50 years of speculation as to how horses sustain the last half of their pregnancies, despite the fact that the hormone progesterone is no longer detectable in blood,” said Professor Alan Conley, a reproductive physiologist in the School of Veterinary Medicine and senior author on the study.

“We show for the first time that in horses this ‘new’ progestin, DHP, is equally effective as progesterone in sustaining pregnancy during the last few months,” he said.

Conley and his colleagues are hopeful that further research will lead to naturally occurring therapeutics that are free of some of the potential health risks associated with the synthetic drugs currently available in human medicine.

The role of progesterone is so important for a successful pregnancy that reproductive biologists have widely accepted for more than 80 years that pregnancies in humans and other mammals could not be carried to term without it.

Progesterone works largely by activating nuclear progesterone receptors -- proteins in the tissues of the uterus and cervix -- that induce hormonal responses. Progesterone then is able to stimulate growth and secretion of the uterine lining, which is critical for establishing and sustaining pregnancies in all mammals.

The fact that mares have no detectable levels of progesterone during the last half of their pregnancy has led scientists to suspect that their bodies produce another, yet undefined, steroidal hormone that takes the place of progesterone in supporting the pregnancy.

In this study, the researchers demonstrated in pregnant mares and through laboratory analyses, that the hormone DHP is as potent as progesterone in activating the progesterone receptors of horses, triggering endometrial growth and maintaining pregnancies to term.

“DHP is potentially the first of a new class of naturally occurring progesterone-like hormones that could prove valuable in sustaining pregnancies and preventing pre-term labor in women, as well as horses and captive wildlife species,” Conley said.

The study was supported, in part, with funds from the State of California pari-mutuel fund, contributions from private donors, the John P. Hughes Endowment, the Floyd and Mary Schwall Fellowship in Medical Research, the Albert G. Clay Endowment, the National Institutes of Health and the Department of Defense.