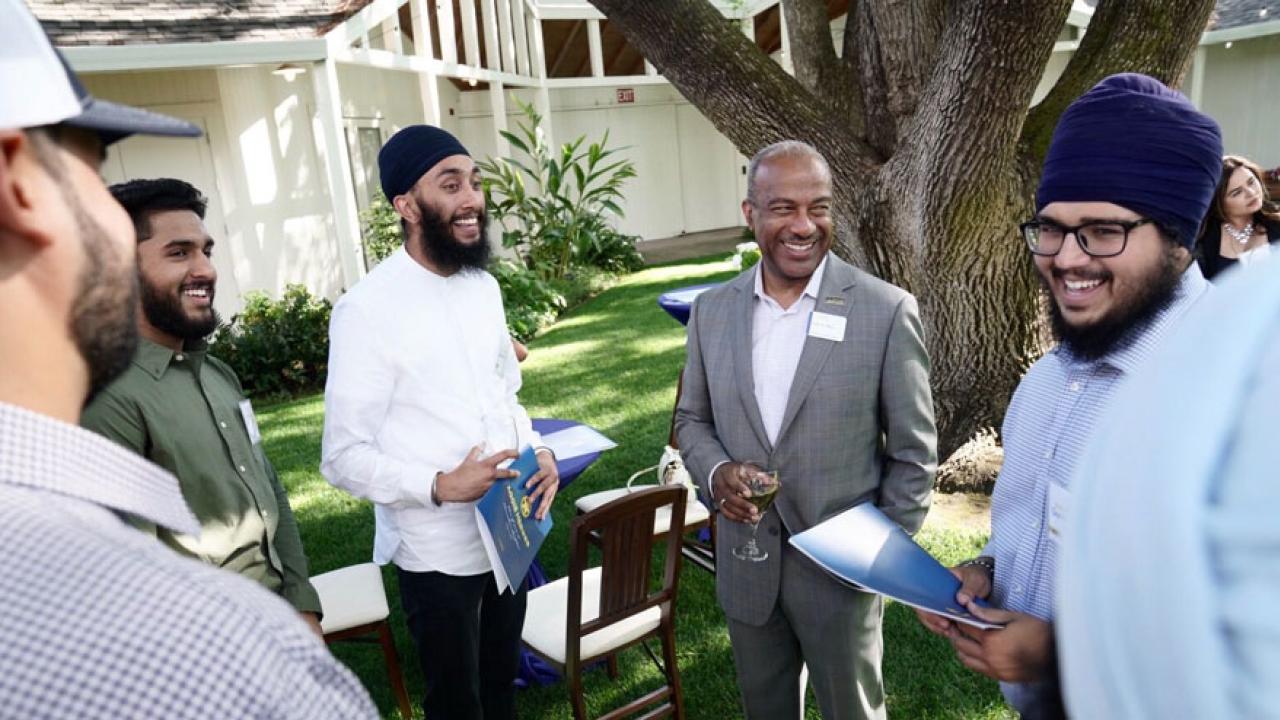 I had heard and read the stories of our 2018-19 Aggie Heroes — students, staff and faculty chosen throughout the academic year for “using their talents and powers for the greater good of our university and beyond.”

Grateful for what our heroes had done, I was pleased to meet them and personally thank them during a reception in their honor, held the last day of May and hosted by Gary and LeShelle May at the Chancellor’s Residence. More than 70 people attended the late afternoon event, during which Aggie Heroes were called upon frequently to pose for pictures with people who had come to celebrate them.

In my conversations, I was struck by the self-effacing way in which our Aggie Heroes described their actions on behalf of their fellow students, staff and faculty, their patients, and the wider community, including  people and animals displaced and injured in the Camp Fire.

The Sikh Cultural Association, comprising about 100 students, was among the first to respond to the Camp Fire — rounding up and delivering basic supplies such as clothing, hygiene products and medical supplies to evacuees, via a distribution center in Chico.

“We saw the need to act due to the nature of the situation,” said Arjan Heer, the association’s 2018-19 vice president who has moved up to president for the new academic year. “As Sikhs, it is our duty to help those in need and to recognize the whole human race as one.”

He added: “UC Davis is full of amazing people who contribute greatly to the well-being of all, from medical students who aspire to keep the human population healthy to the agricultural students who seek to provide a safe and sustainable global food supply.”

Heer attended the Aggie Heroes reception with several of his fellow association members. “We are deeply grateful for the recognition and hope to continue this kind of service in the future through selfless service.”

Hero nurse: ‘It was my honor’

I approached and thanked another Aggie Hero, John James, who responded without hesitation: “It was my honor.”

It was his honor, as a nurse in the surgical intensive care unit at UC Davis Medical Center, to have been able to help a patient in a way that medicine could not. The patient, a homeless man, had been struck by a car, and his dog, also injured, had run off.

“This was an example of a patient’s tremendous physical pain being completely outweighed by the immense spiritual pain of his dog having gone missing,” said James, who holds a master’s degree from the Betty Irene Moore School of Nursing.

So, during the course of his shift that day, James called around to animal shelters and found the dog, even secured a picture that he showed to his patient. “He got this sense of happiness and peace,” James said, as quoted in his Aggie Hero profile. The profile goes on to state: “The man recovered, but, in a sad turn a few days later, his dog had to be put down because of its injuries.”

In comments to Dateline UC Davis, James said: “The nursing profession is unique because it allows one to play an active role in the healing process while creating a platform for us to perform heroic actions in the subtleties of our day-to-day work. These types of stories are playing out in hospitals around the country every day.”

Hero professor: ‘Part of my commitment’

Science and Technology Studies professor Emily Merchant became an Aggie Hero for her outreach with a student who, despite having shown extreme interest in Merchant’s course, had failed to turn in her first assignment and eventually stopped responding to the Merchant’s emails.

“As a professor, I feel that my greatest responsibility to students is constructing courses that teach them important concepts and skills, and helping them learn the content of the courses,” Merchant said. “Beyond that, I would also like to help them succeed in college overall and in their future endeavors.”

For some students, she said, her course will never be their top priority. “And that is fine,” Merchant said. “However, when a student seems truly engaged in the content of the course, but then falls behind on assignments or stops coming to class, I like to check in to see if something is going on. That is what happened in this case.

“The university has an amazing array of resources to assist students with a variety of academic and personal issues, but the resources can be difficult to navigate, and I feel that connecting students to these resources is part of my commitment to helping them learn.”

ALL OF OUR HEROES 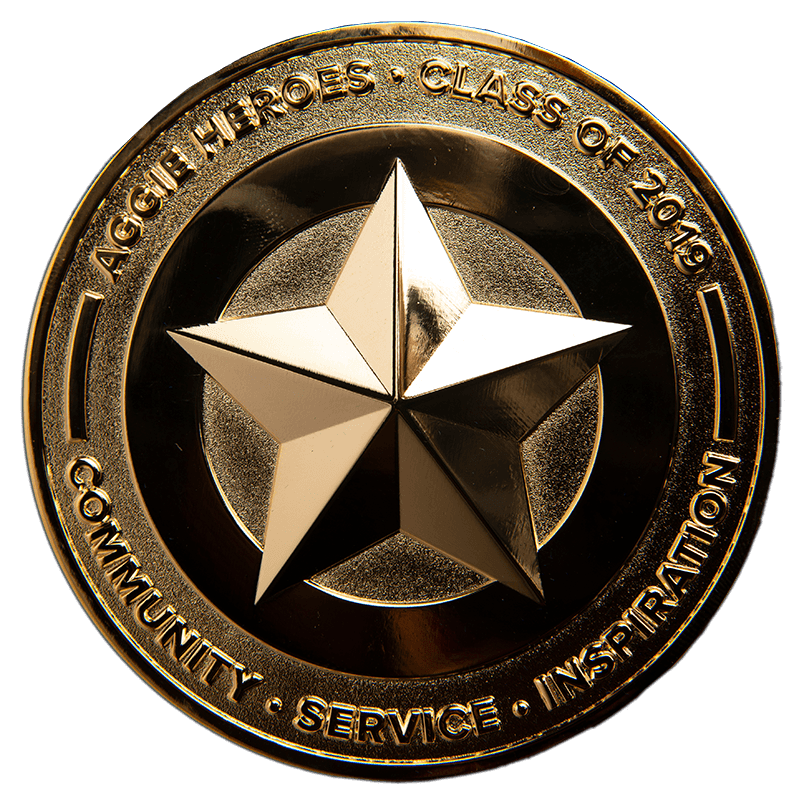 These three stories exemplify what Chancellor May said in his remarks at the reception, that rankings and numbers alone do not explain why UC Davis shines so brightly.

“It’s the people who make UC Davis what it is — a dynamic, empowering place that’s driven to create a better tomorrow for all. It’s the Aggie Heroes like you who embody the strength — and the heart — of the UC Davis community.”

Each Aggie Hero received a medal suitable for display (see box). The front includes the words “Community,” “Service” and “Inspiration,” while the back includes the chancellor’s quote, “You become an Aggie Hero through your everyday actions and words. It’s about taking a mindful approach to what you do and say for the sake of your peers, your university community and humanity at large.”

An Aggie Heroes program included photos and profiles of the heroes, whom the chancellor invited to sign his copy of the program.

Chancellor May and the Office of Strategic Communications launched the Aggie Heroes program during the Fall Celebration. “It’s been a privilege to learn more about our Aggie Heroes and share their stories during the academic year,” the chancellor said. “It’s our way of spotlighting the students, staff and faculty who bring out the best in UC Davis.

“It’s people like you, who are committed to excellence while helping others along the way. You believe in public service. You believe in supporting your peers and building community. Your tenacity inspires us to become better people.”

There are many, many more Aggie Heroes among us — and the chancellor will be honoring a new class in 2019-20.