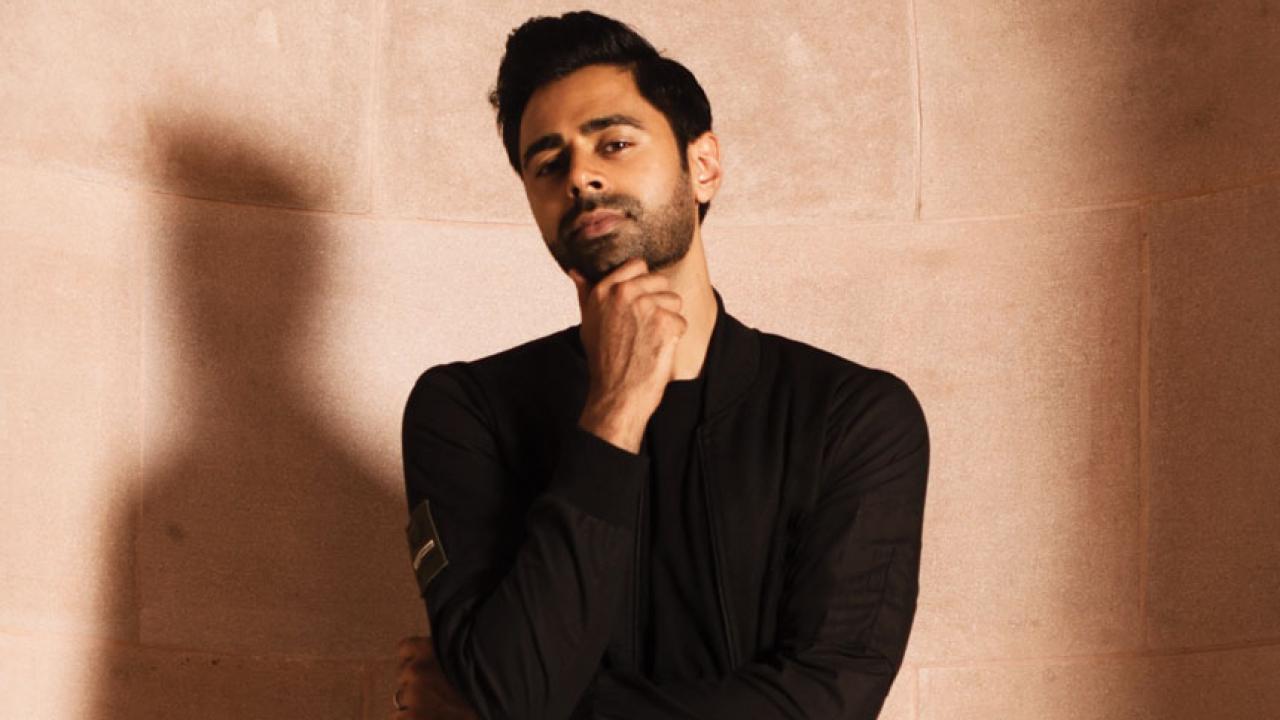 By the time Hasan Minhaj arrives at the Mondavi Center with his acclaimed one-man show “Homecoming King” on Jan. 27, he will have performed in more than 30 cities across the country, usually in sold-out theaters.

But the Mondavi Center appearance will be momentous for the comedian, who is also a regular on Comedy Central’s “The Daily Show.” Minhaj ’07 will be returning to his hometown, performing at his alma mater, and his act will be taped for a live comedy special, details of which are yet to be announced.

In “Homecoming King,” he talks about growing up a child of Muslim Indian immigrants and weaves together themes of race, heartbreak, forgiveness and love. Minhaj combines storytelling with comedy, resulting in a show that is both funny and, at times, serious. It debuted off-Broadway in October 2015.

“Nobody shows the real sad ugly nooks and crannies of life and that’s why I still think that being as personal and honest onstage is the most valuable commodity in art,” Minhaj, 31, said. “When someone is really authentic, I think it’s something the audience can feel. No matter how flawed that person is, you can still respect that honesty.”

The tour caps off a big year for Minhaj, who also got married, performed for the president at the 75th anniversary of the USO and headlined the Radio and Television Correspondents Association dinner. The video of the latter speech went viral in June when thousands of people saw Minhaj address members of Congress about gun control in the wake of the Orlando nightclub shooting. It was his attempt to address the current state of affairs of this country, he said.

“I’m not there to try to skewer people,” Minhaj said. “I’m just trying to come at it with some human empathy. I consider myself to be an angry optimist.”

2017 promises no slowing down. Minhaj is cast in “Rock That Body,” a movie with Scarlet Johansson; plus, he’ll get to work on another one-man show and a book.

Why did you want to hit the road with “Homecoming King”?

When we did it off-Broadway, I would go to “The Daily Show” during the day and then take the train down to the Cherry Lane Theatre at night. I felt like a real New York theater artist. Even though I don’t smoke, I wanted to smoke a cigarette through the streets of the West Village, like, “I am a theater performer.” But I also felt like the energy of the show was really special. It was one of those things I wanted to share with the rest of the country. I didn’t want it to just end there.

What has been the response to these stories from audiences?

The thing that’s amazed me most is how it’s resonated with people who don’t even share my life story or background. I’ve had people tell me stories about growing up and not being able to talk about their sexuality, and there was a moment where they put themselves on the line to someone they loved and they weren’t accepted for who they were. It’s great that it transcends race, class, gender — all these lines. Everybody has felt like an outsider at some point. It’s ironic that’s what unites us all.

Did you feel it was also important to address your advantages?

I acknowledge my privilege within the show: “Oh, boo hoo, you poor little brown boy. You couldn’t go to a dance with a white girl? Your life must be so hard.” I realize that at least my spine isn’t getting shattered in the back of a police wagon. I lucked out. If this is the tax I had to pay for the American Dream, wow, what an easy way to get out. But then I want to balance that with talk about systemic problems or oppression or racism.

Did your parents highlight your opportunities, having immigrated themselves?

Yeah, there are things that I didn’t quite understand. I would butt heads with them when I was a kid. A lot of those themes are talked about in the show. I’m like, “Why aren’t you letting me go to a matinee movie on the weekend? Let me go to Holiday Cinema, dad!” He was like, “No fun, no friends, no girlfriends. You can have fun in med school. I didn’t come this far for you to go see ‘Lethal Weapon 4’ in theaters. You have bigger fish to fry.” It’s a level of pressure but also privilege to know that you lucked out.

How do you think growing up in Davis influenced your sense of humor or satire?

To me, when you grow up as a minority in a majority culture, I always felt like an outsider. And so what’s really great about comedy is that it’s one of the few art forms where you really are an outsider. You are someone observing life from the sidelines and commenting on what’s happening. It’s amazing because I didn’t know when I was experiencing that or feeling that way as a kid that it would be a tremendous tool that would help me become really insightful when I was writing comedy later.

You discovered comedy at UC Davis. How did you make the leap from college student to doing stand-up at night?

It was something I really wanted to do. To me, it felt like I was a superhero. I would put on my costume and go out into the city. By day I’m a political science student, and by night I’m a comedian performing, getting in my Nissan Stanza and hoping my car won’t break down on the way to San Francisco and doing open mics.

What do you consider your first big break?

I think I had little breaks at every level. When I was going to UC Davis, I started a stand-up comedy club [called the Gridiron Gang]. I basically applied for funding and found a way to bring all these bigger comedians from San Francisco to Davis. And it gave me a great opportunity to perform for people who would end up becoming a huge deal, people like W. Kamau Bell, Arj Barker, Moshe Kasher, Louis Katz, Ali Wong. I got to open for all these comedians who were starting to make a name for themselves in San Francisco. It was a great opportunity as a young Padawan to learn from Jedis.

Where did you perform?

We did the shows in lecture halls on campus. When people ask about my first big break, I say it’s the fact that people showed up. Not only did the headliners agree to come and let me open for them, but people actually filled the lecture halls — Olson Hall whatever room it was. People legitimately came to the show. And then I remember someone wrote about it in The Aggie. I couldn’t believe it. Ostensibly for my whole childhood in Davis, I felt like a ghost growing up. And the fact that people were actually willing to come to the shows and write about it, it was a humbling, awesome experience. Little things like that keep you going.

Is that what made you try to do it full-time after graduation?

I got fired from every other job I had, so I really wasn’t good at other things, per se. Not that I didn’t have the ability to do it; it’s just really hard when you know you really want to do something else. It’s kind of like a relationship. You’re dating someone, but there’s another person you know you’re supposed to be with.

What has covering the presidential election for “The Daily Show” been like?

It’s wild. To go to the Republican National Convention was surreal. I felt like I was at a haunted house, but all the lights were on. It was just nuts. I didn’t realize that level of vitriol existed. To me, what’s cool about the show is it combines two things that are really amazing: You get to work on stories that are incredibly impactful and meaningful, and you combine it with comedy. Very rarely do you get an opportunity to work on something that is both relevant and funny. Usually you have to pick one or the other.

After your speech at the RTCA dinner went viral, what kind of response did you get?

At the time, when I did it, I thought I bombed. As soon as I got off the dais, I looked at my wife and said, “Let’s get out of here.” I didn’t realize what the ramifications were until a few days later when it went online and people responded to it. But then I remembered, “I’m not here to entertain Mitch McConnell. I’m not here to make Trey Gowdy feel good about himself. I’m here because I have a rare opportunity to actually talk to Congress, to their faces, and tell them how a lot of us are feeling.” I would be remiss if I just went up there and made silly Bernie Sanders, Hillary Clinton and Donald Trump jokes.

Do you think it made an impact?

I think that how things are received aren’t up to me. Jon [Stewart] said something really important: There’s no song or joke or movie that can change the world. All it can do is provide a lens to take a look at something that’s happening in the world. Hopefully, if it strikes a moment in the zeitgeist when people connect or feel moved by it, they will actually take action. That is when it’s really powerful. But the necessary condition is the people.

And you got married this year. Is it true you met your wife at UC Davis?

I met the love of my life there. It’s wild. When you’re living your life, you don’t realize that history is happening in real time. So when I first saw her as a freshman, I was just living on the quiet floor in the Thoreau dorms. She was just a girl I had a crush on. I didn’t know she’d be my wife. ■

This story is from the fall/winter 2016-17 issue of UC Davis Magazine. Persons wishing to reprint any portion of the magazine’s contents are required to write magazine@ucdavis.edu in advance for permission.