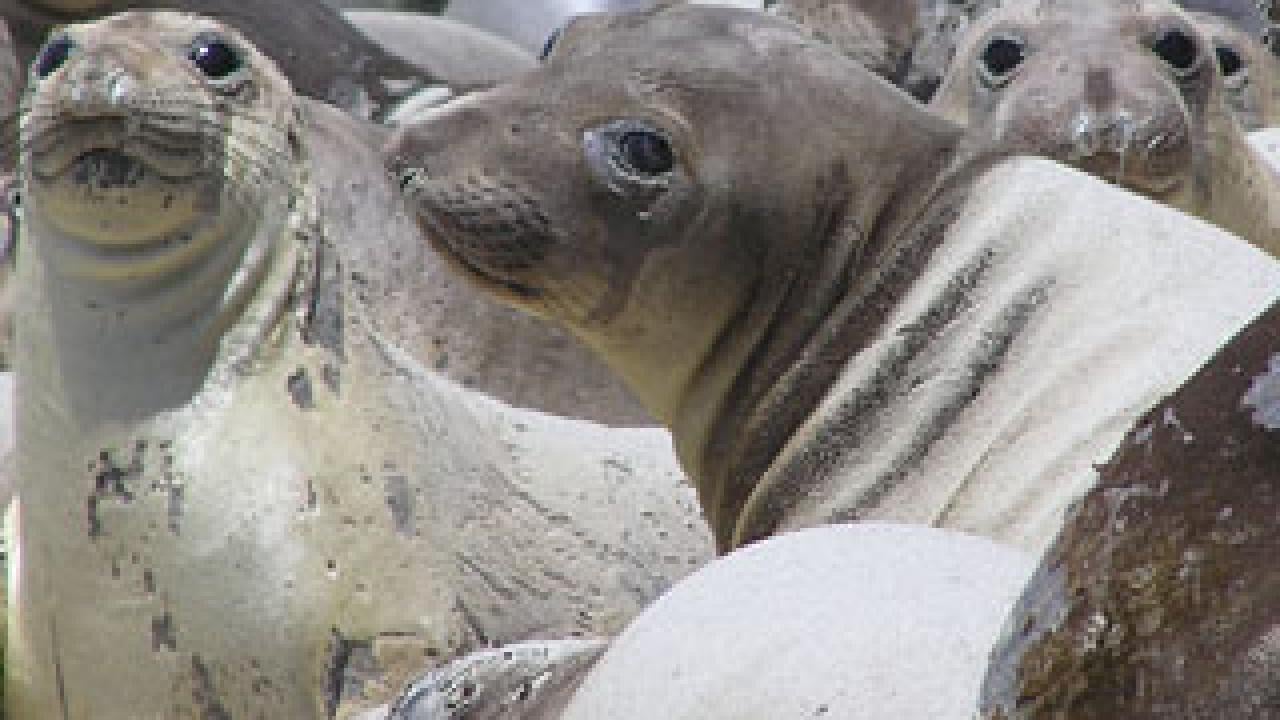 Scientists at the University of California, Davis, detected the H1N1 (2009) virus in free-ranging northern elephant seals off the central California coast a year after the human pandemic began, according to a study published today, May 15, in the journal PLOS ONE. It is the first report of that flu strain in any marine mammal.

“We thought we might find influenza viruses, which have been found before in marine mammals, but we did not expect to find pandemic H1N1,” said lead author Tracey Goldstein, an associate professor with the UC Davis One Health Institute and Wildlife Health Center. “This shows influenza viruses can move among species.”

UC Davis researchers have been studying flu viruses in wild birds and mammals since 2007 as part of the Centers of Excellence in Influenza Research and Surveillance program funded by National Institutes of Health. The goal of this research is to understand how viruses emerge and move among animals and people.

Between 2009 and 2011, the team of scientists tested nasal swabs from more than 900 marine mammals from 10 different species off the Pacific Coast from Alaska to California. They detected H1N1 infection in two northern elephant seals and antibodies to the virus in an additional 28 elephant seals, indicating more widespread exposure.

Neither infected seal appeared to be ill, indicating marine mammals may be infected without showing clinical signs of illness.

The findings are particularly pertinent to people who handle marine mammals, such as veterinarians and animal rescue and rehabilitation workers, Goldstein said. They are also a reminder of the importance of wearing personal protective gear when working around marine mammals, both to prevent workers’ exposure to diseases, as well as to prevent the transmission of human diseases to animals.

H1N1 originated in pigs. It emerged in humans in 2009, spreading worldwide as a pandemic. The World Health Organization now considers the H1N1 strain from 2009 to be under control, taking on the behavior of a seasonal virus.

“H1N1 was circulating in humans in 2009,” said Goldstein. “The seals on land in early 2010 tested negative before they went to sea, but when they returned from sea in spring 2010, they tested positive. So the question is where did it come from?”

When elephant seals are at sea, they spend most of their time foraging in the northeast Pacific Ocean off the continental shelf, which makes direct contact with humans unlikely, the report said.

The seals had been satellite tagged and tracked, so the researchers knew exactly where they had been and when they arrived on the coast. The first seal traveled from California on Feb. 11 to southeast Alaska to forage off the continental shelf, returning to Point Piedras Blancas near San Simeon, Calif., on April 24. The second seal left Ano Nuevo State Reserve in San Mateo County, Calif., on Feb. 8, traveling to the northeast Pacific and returning on May 5.  Infections in both seals were detected within days of their return to land. The report said exposure likely occurred in the seals before they reached land, either while at sea or upon entering the near-shore environment.

The research, led by scientists Goldstein and Walter Boyce at the UC Davis School of Veterinary Medicine’s One Health Institute, was conducted with collaborators Nacho Mena and Adolfo García-Sastre at the Icahn School of Medicine at Mount Sinai in New York, who sequenced the virus isolates and characterized their phenotypic properties.

“The study of influenza virus infections in unusual hosts, such as elephant seals, is likely to provide us with clues to understand the ability of influenza virus to jump from one host to another and initiate pandemics,” said García-Sastre, professor of microbiology and director of the Global Health and Emerging Pathogens Institute at the Icahn School of Medicine.

The research was funded primarily through the Centers of Excellence for Influenza Research and Surveillance, a program supported by the National Institute of Allergy and Infectious Disease, and the Tagging of Pacific Predators program, a project of the Census of Marine Life.

As a top veterinary school internationally, and a leader in preventive medicine and wildlife health, UC Davis has an extensive research and training record in the fields of epidemiology, surveillance, zoonotic diseases, comparative medicine, diagnostics, wildlife pathogens and conservation, food safety, disease prevention and outbreak response. The school has trained more than 800 international veterinarians from 75 countries, including hot spots in Africa, Latin America and Asia. Its One Health Institute and Wildlife Health Center manage One Health programs for people and animals ranging from the Pacific Northwest to Africa’s Congo Basin and Rift Valley.