Campus chefs and planners have learned something from their recent spate of new eateries: It’s best to focus on a few things and do them really well.

That philosophy comes to the new Silo Market, with simple pizza and deli sandwich menus, coolers full of premade sandwiches and salads, plus snacks and more, when it opens Nov. 28 in the South Silo.

“We don’t have to do everything,” said Kraig Brady, director of Hospitality and Dining Services.

He said customers, especially students, want consistent quality, quickly. And it doesn’t matter if an eatery’s offerings are limited if they’re good. Across the courtyard from the Silo Market, that’s been playing out at Spokes Grill, which opened in September in the main Silo. The burger grill, with its smaller menu and lower prices, has doubled the sales of the Carl’s Jr. that previously operated in the Silo, Brady said.

The Silo Market will expand the food choices available in the area, especially during lunchtime when made-to-order pizza and sandwiches will be available.

The pizza counter in the Silo Market will offer only 12-inch personal pizzas (starting at $6) for now, with plans to expand to pizza by the slice later. Among the offerings is a margherita pizza featuring campus olive oil. Nearby, Boars Head deli meat is the star of the sandwich counter, where all orders are custom-made.

Chips aren’t the only snacks available — like the Market inside the Memorial Union, selections of health-focused and international foods are also available. Brady said UC Davis has had to challenge vendors to broaden the items they supply to the campus.

The Silo Market, with large, barn-style doors outside and panels of reclaimed wood inside, adds a new focal point to the southern side of the Silo. Additional tables are being added outside to tie the courtyard area together.

In all, 70 students and four career staff members will work in the Silo Market. 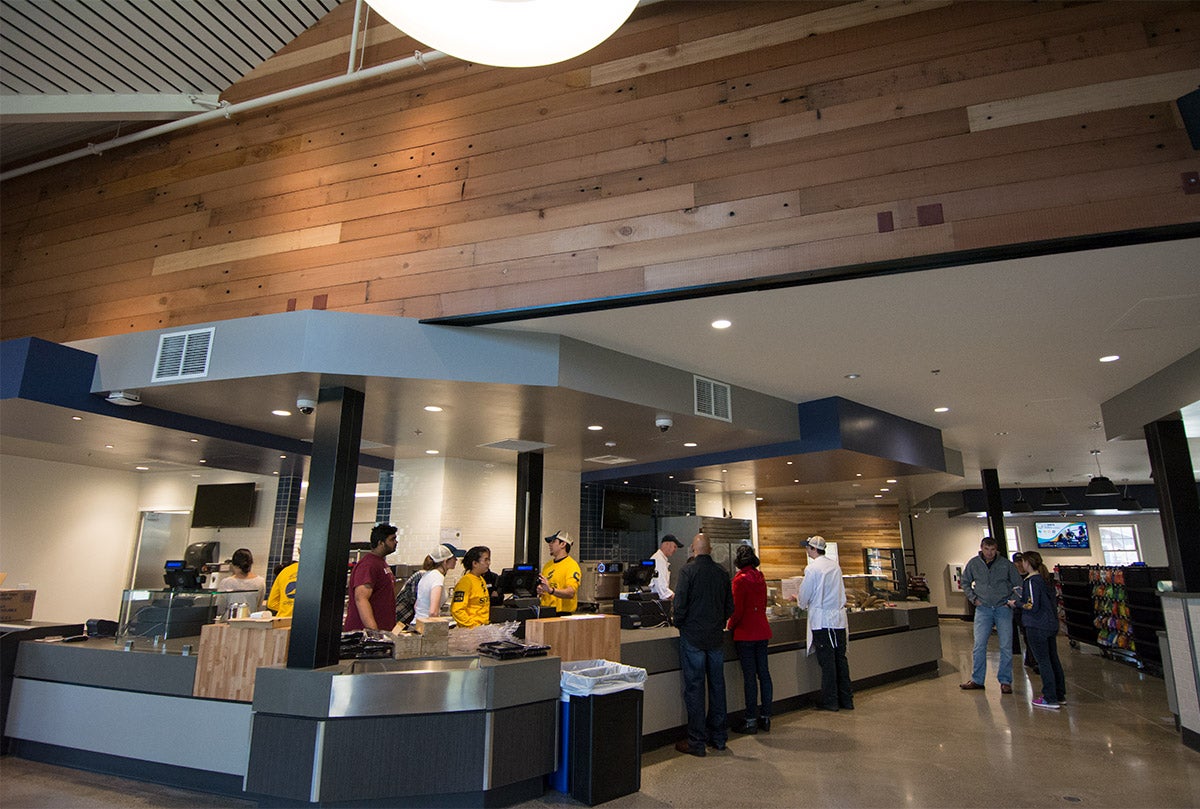