“I had never even been out of the United States at that point,” the UC Davis Urgent Care Clinic pediatrician said about an invitation he accepted to provide medical aid in remote villages and which led to many more trips to developing or disaster-struck countries throughout the years.

Gross, who is also a senior lecturer in the Department of Cell Biology and Human Anatomy, School of Medicine, will take the TEDxUCDavis stage this weekend to discuss his experience providing medical care abroad.

TEDxUCDavis is a student-organized offshoot of the well-known conference series featuring short talks based around “ideas worth spreading” from people who hail from all walks of life.

TEDxUCDavis’ theme this year is “eXploration.”

“With inspiring talks, engaging activities, incredible performances, and more, join us in eXploring a diverse range of ideas virtually at this year’s event,” the organizers say on their website.

Gross will be one of eight speakers at the free event, which will be held virtually April 10-11.

His talk, with the tongue-in-cheek title of “How to Ruin Global Health in 10 Easy Lessons,” will touch on some of the things he’s seen done incorrectly over the years in places like Haiti, where his main focus now lies.

“A lot will be based on my own experiences working in the global health arena, and understanding what things have worked and haven’t worked,” he said. 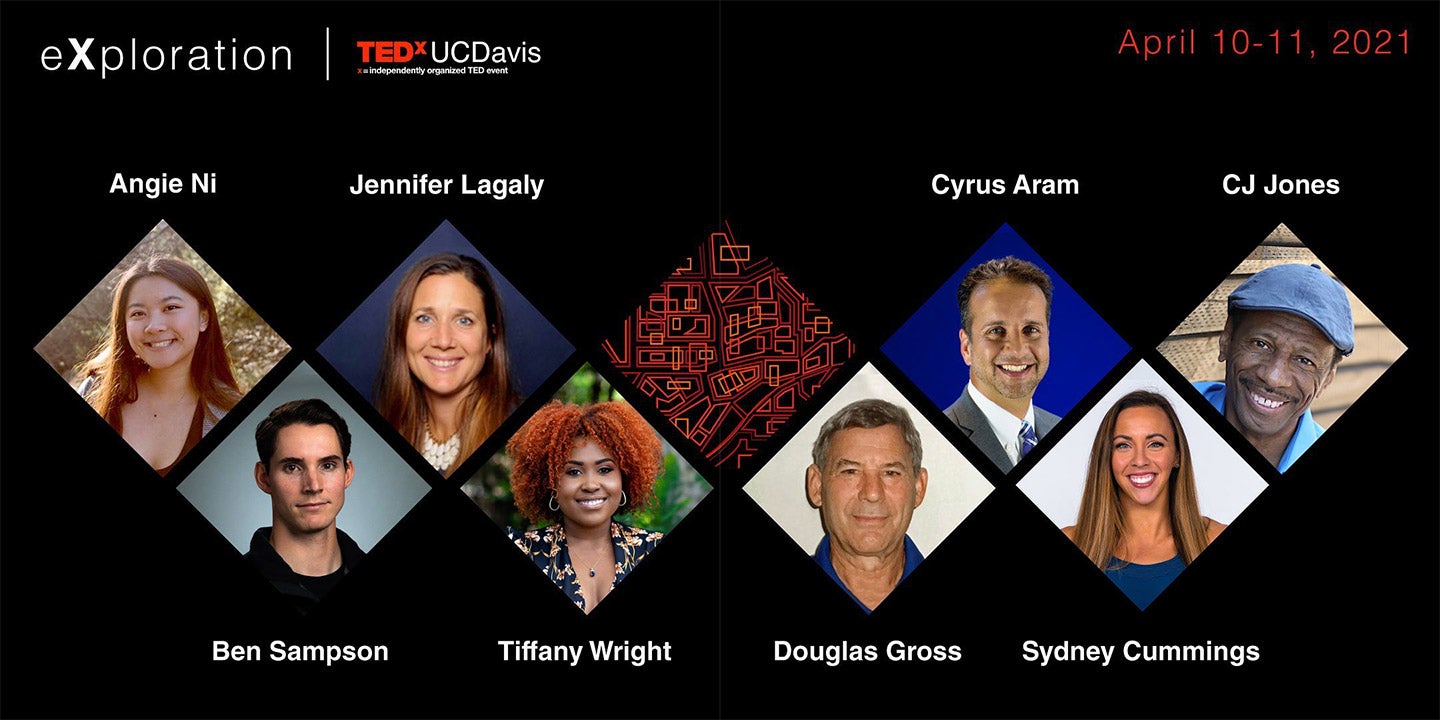 Gross will share the virtual stage with Angie Ni, a senior majoring in computer science who will join Microsoft after graduation and whose experiences include both the technological — she helped organize the 2019 and 2020 HackDavis hackathons — and the political — she has covered politics at KDVS.

“My talk encompasses a workplace culture that antagonizes emotionality,” Ni said. “We're witnessing an age where the technological and political spheres are ever-so interconnected, and my talk is hitting on just one small aspect of a bigger conversation to be had.”

The TEDxUCDavis lineup of speakers includes alumni like Jennifer Lagaly ’93, a senior vice president of enterprise sales at Salesforce, and Tiffany Wright, an associate clinical social worker and author who focuses on empowerment, wellness and mental health. It will also feature Sydney Cummings, a personal trainer who provides free workout routines to her 1 million YouTube subscribers, and CJ Jones, a deaf actor and stand-up comedian known for his role as Joseph in the 2017 movie Baby Driver, which he said made him the first deaf, Black actor in an international blockbuster.

This is the first TEDxUCDavis event since 2016.