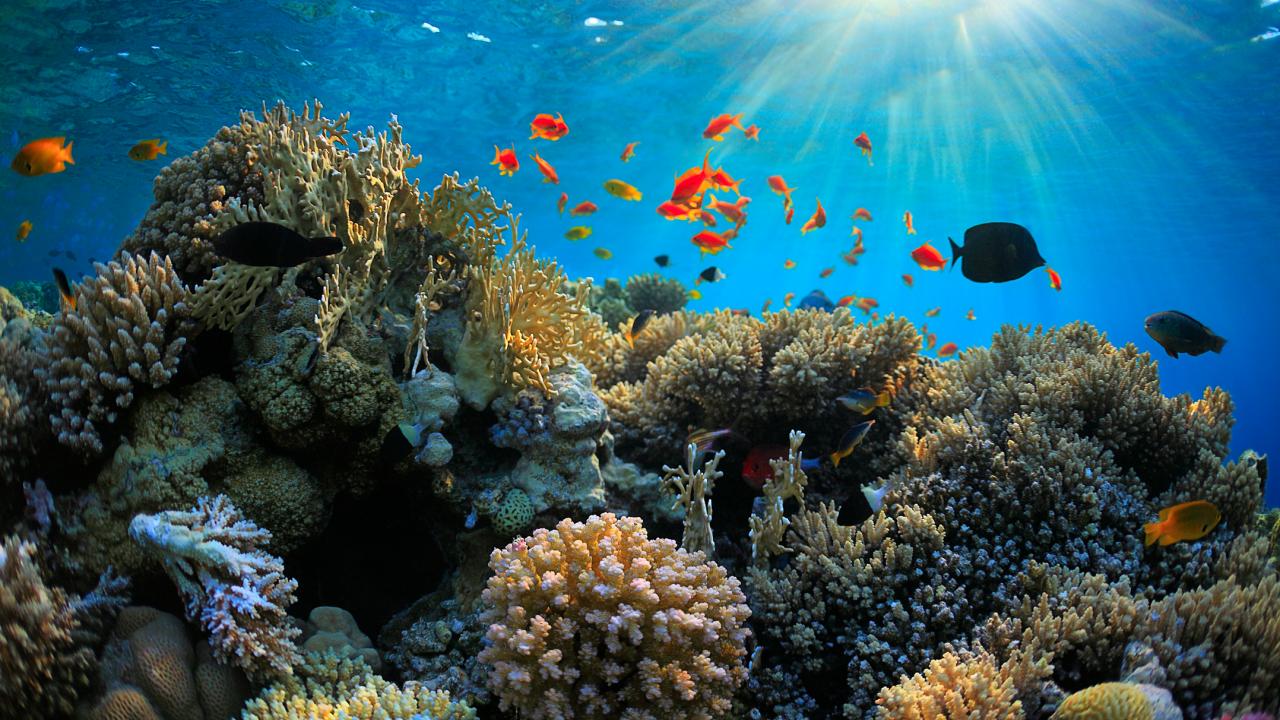 Fish Social Lives May Be Key to Saving Coral Reefs

The social eating habits of fish may play a central role in protecting coral reefs, according to a study from the University of California, Davis, published April 10 in the journal Proceedings of the National Academy of Sciences.

Fish provide a critical service for coral reefs by eating algae that can kill coral and dominate reefs if left unchecked. The study, which analyzed the social feeding behavior of reef fish, suggests that overfishing not only removes vital algae-eaters, but it may cause remaining fish to eat less.

“Even though these fish don’t swim in schools, our study shows that they’re influencing one another,” said lead author Mike Gil, a National Science Foundation postdoctoral research fellow in the UC Davis Department of Environmental Science and Policy. “They eat more algae when they’re surrounded by more fish. We don’t know why that is, but it likely has to do with safety in numbers. These fish may perceive that their chances of getting killed by a predator, like a shark, are reduced when more prey are around.”

The study was conducted off the remote island of Mo’orea in French Polynesia, where the researchers mounted arrays of video cameras to large, jungle gym-like stands placed inside the coral reef. This unusual setup allowed the researchers to remotely monitor many fish at once, over nearly 200 square-foot sections of reef. From these videos, they measured how fish responded to one another in both the presence and absence of predatory threats.

The study found that fish react to social situations much like humans do: They copy one another. Though copied behaviors may be simple, like swimming to a patch of reef to dine on algae or flee from a predator, this makes the feeding behavior of the reef fish community more complex than previously thought.

The results imply that predictive models that don’t consider how reef fish respond to each other could mischaracterize how coral reefs will respond to fishing.

The study was funded by the National Science Foundation, Florida Sea Grant, and the James S. McDonnell Foundation.