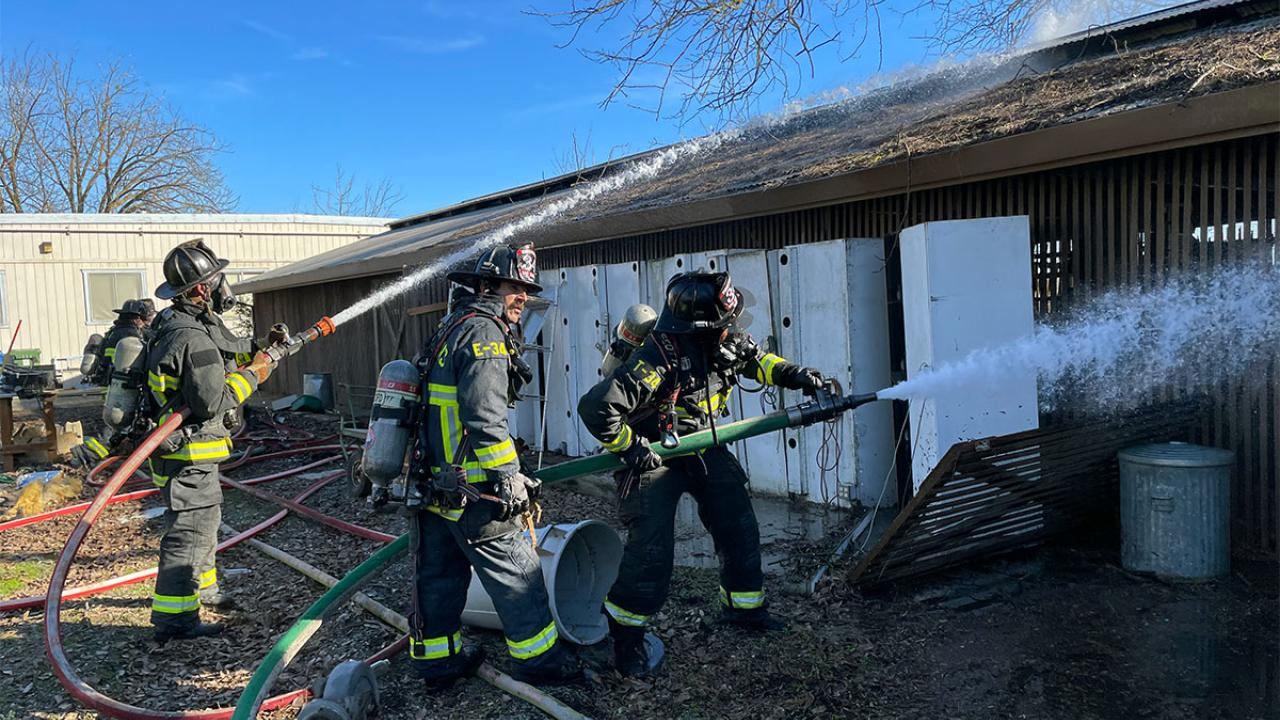 A west campus building that was being used to store old office equipment was struck by flames last Thursday (Feb. 4) and appeared to have been damaged beyond repair, Fire Chief Nate Trauernicht said.

Firefighters from the cities of Davis and Woodland joined the campus crew in extinguishing the fire, which they kept from spreading beyond the building. Located on Hutchison Drive near Olive Tree Drive, the building belongs to the Department of Neurobiology, Physiology and Behavior, in the College of Biological Sciences.

The fire call came in around 2:30 p.m. The cause was being investigated, Trauernicht said.