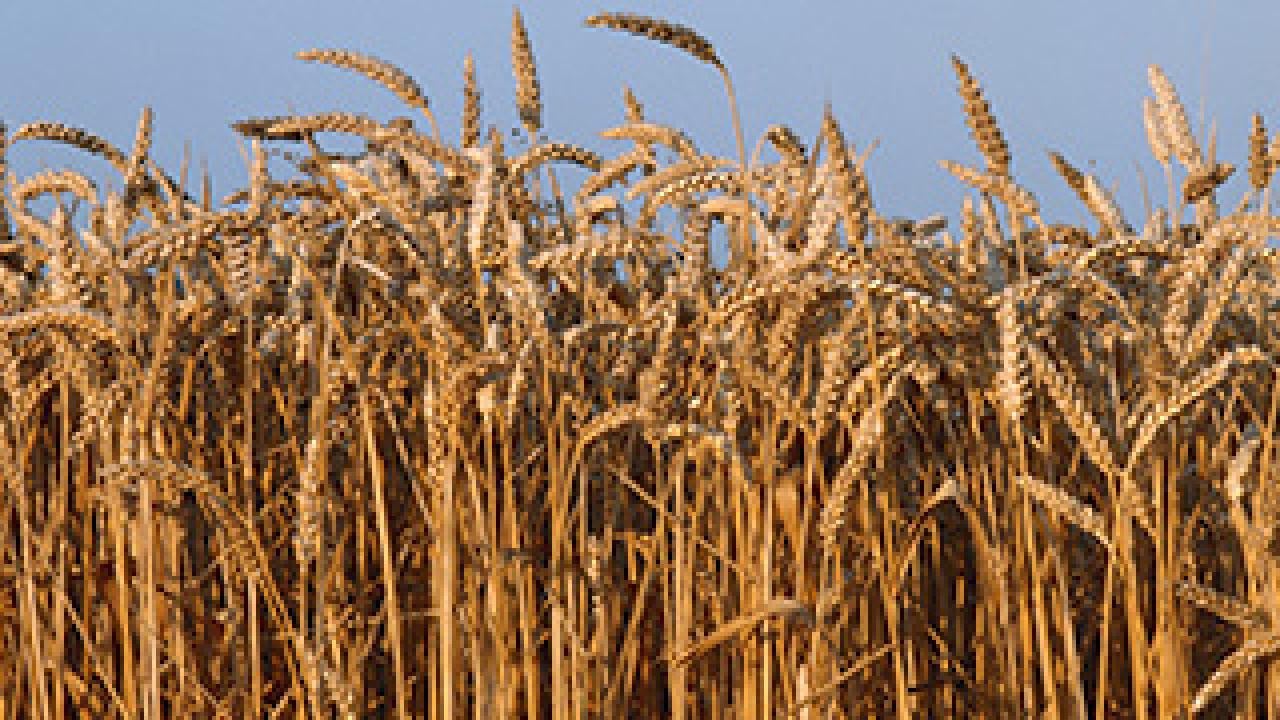 For the first time, a field test has demonstrated that elevated levels of carbon dioxide inhibit plants’ assimilation of nitrate into proteins, indicating that the nutritional quality of food crops is at risk as climate change intensifies.

Findings from this wheat field-test study, led by a University of California, Davis, plant scientist, are reported online in the journal Nature Climate Change.

“Food quality is declining under the rising levels of atmospheric carbon dioxide that we are experiencing,” said lead author Arnold Bloom, a professor in the Department of Plant Sciences.

“Several explanations for this decline have been put forward, but this is the first study to demonstrate that elevated carbon dioxide inhibits the conversion of nitrate into protein in a field-grown crop,” he said.

The assimilation, or processing, of nitrogen plays a key role in the plant’s growth and productivity. In food crops, it is especially important because plants use nitrogen to produce the proteins that are vital for human nutrition. Wheat, in particular, provides nearly one-fourth of all protein in the global human diet.

Many previous laboratory studies had demonstrated that elevated levels of atmospheric carbon dioxide inhibited nitrate assimilation in the leaves of grain and non-legume plants; however there had been no verification of this relationship in field-grown plants.

To observe the response of wheat to different levels of atmospheric carbon dioxide, the researchers examined samples of wheat that had been grown in 1996 and 1997 in the Maricopa Agricultural Center near Phoenix, Ariz.

At that time, carbon dioxide-enriched air was released in the fields, creating an elevated level of atmospheric carbon at the test plots, similar to what is now expected to be present in the next few decades. Control plantings of wheat were also grown in the ambient, untreated level of carbon dioxide.

Leaf material harvested from the various wheat tests plots was immediately placed on ice, and then was oven dried and stored in vacuum-sealed containers to minimize changes over time in various nitrogen compounds.

A fast-forward through more than a decade found Bloom and the current research team able to conduct chemical analyses that were not available at the time the experimental wheat plants were harvested.

“These field results are consistent with findings from previous laboratory studies, which showed that there are several physiological mechanisms responsible for carbon dioxide’s inhibition of nitrate assimilation in leaves,” Bloom said.

Bloom noted that other studies also have shown that protein concentrations in the grain of wheat, rice and barley — as well as in potato tubers — decline, on average, by approximately 8 percent under elevated levels of atmospheric carbon dioxide.

“When this decline is factored into the respective portion of dietary protein that humans derive from these various crops, it becomes clear that the overall amount of protein available for human consumption may drop by about 3 percent as atmospheric carbon dioxide reaches the levels anticipated to occur during the next few decades,” Bloom said.

While heavy nitrogen fertilization could partially compensate for this decline in food quality, it would also have negative consequences including higher costs, more nitrate leaching into groundwater and increased emissions of the greenhouse gas nitrous oxide, he said.

In addition to Bloom, the research team on this study included Martin Burger, currently in UC Davis’ Department of Land, Air and Water Resources; and Bruce A. Kimball and Paul J. Pinter, both of the U.S. Department of Agriculture’s U.S. Arid-Land Agricultural Research Center in Maricopa, Ariz.

Funding for the study was provided by the National Science Foundation and the National Research Initiative competitive grants program of the U.S. Department of Agriculture’s National Institute of Food and Agriculture.