Extra Space? Give It Up, Earn Incentive

New Campus Program Has Potential to Save $4 Million Annually 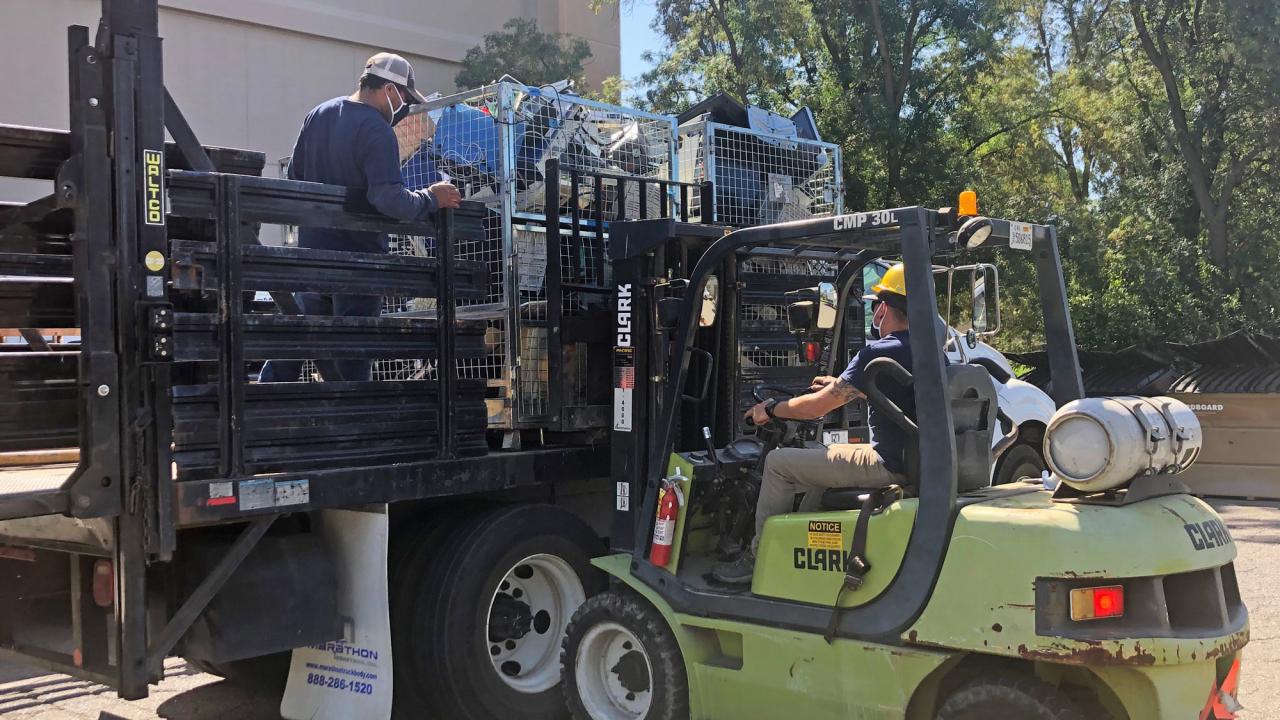 A new incentive program calling for campus departments to consolidate and release office space has the potential to save the university $4 million annually.

Have members of your team realized they are just as effective working from home, with less need for office space? Do you work in an office with filing cabinets full of old documents or in a lab among unused equipment from a retired faculty member? Do you have office space that has been converted almost entirely to storage?

These are some of the scenarios that have prompted the new Space Release Program to identify campus space that can be made available for other groups to use. The idea took hold before the onset of the pandemic and now might be propelled forward even further because many employees are working from home.

“We want to see more of our campus space being actively used for what it was meant to be used for — instead of clutter or storage,” said Kim Turner, director of space management and project development within Design and Construction Management. “In the long haul, if we can free space up across campus, maybe we could save on capital projects and save money on off-campus leasing.”

The program’s goal is to identify 75,000 square feet of workspace that can be reassigned, mostly to student-facing programs, academics and research. The initial, one-time costs of the incentive program are estimated at $2.3 million, with the potential to save campus at least $4 million annually in ongoing costs.

Participating units can use their space release funding for one-time needs or investments that could support meeting their unit savings targets, part of the campus’s overall budget framework.

The Space Release Program is just one of the strategic initiatives that Provost Mary S. Croughan highlighted in her 2021-22 budget framework letter released March 12. It describes the budget situation and calls for campus units to accelerate their efforts toward meeting Phase 1 Savings Targets as part of the budget framework to address the core funds deficit. Read more about the budget framework.

Campus units that can identify at least 2,500 square feet that can be released to other programs can earn a budget credit to help them meet their campus budget savings goals. The incentive amounts to $10 per assignable square foot for three years, which would mean a minimum of $25,000 annually. Find more information about what space would qualify.

The Space Release Program will also cover some of the costs to move workers (up to 60 percent of standard, per-person moving costs).

Participating units also will receive no-cost access to comprehensive waste and storage consolidation services via SMASH the Stash, a new program to help units clear out unneeded items and clutter to create more usable space in campus buildings. SMASH, which stands for Space Management and Aggie Surplus Heroes, is a partnership between Supply Chain Management and Design and Construction Management.

The process can include all waste streams — including garbage, recycling, e-waste, document shredding, appliances, furniture, stored chemicals and marketable items.

SMASH the Stash began as a pilot project in Tupper Hall in 2020, with two departments from the School of Veterinary Medicine. Tammy Booker of space management and Katie Ryan of Aggie Surplus worked with the programs to identify what could be removed, prepare the necessary paperwork for asset removal and schedule pickups over a two- to three-day period with Environmental Health and Safety, Special Services and other waste removal services.

In total from Tupper Hall, they removed:

The total cost to execute the program was $16,398, which means that Tupper Hall gained the usable space at a cost of about $2.49 per square foot. That is a considerable savings over the typical cost for new lab space of more than $1,000 per square foot.

In February, the SMASH team assisted in the removal of 32 truckloads of stash, including e-waste, old lab furniture and equipment, from the Chemistry and Chemistry Annex buildings.

Units that are interested in potentially using SMASH the Stash — or participating in the Space Release Program — are encouraged to fill out the Space and Project Needs Request form.

“I want to invite people to talk through ideas with us,” Turner said. “We’re willing to play out scenarios, discuss creative furniture options and other solutions. Nobody is going to have space taken away just because they express interest in the Space Release Program.”

Brenda Dawson is a marketing writer for Finance, Operations and Administration. She can be reached by email or phone, 530-752-7992.