Evolutionary question answered: Ants more closely related to bees than to most wasps 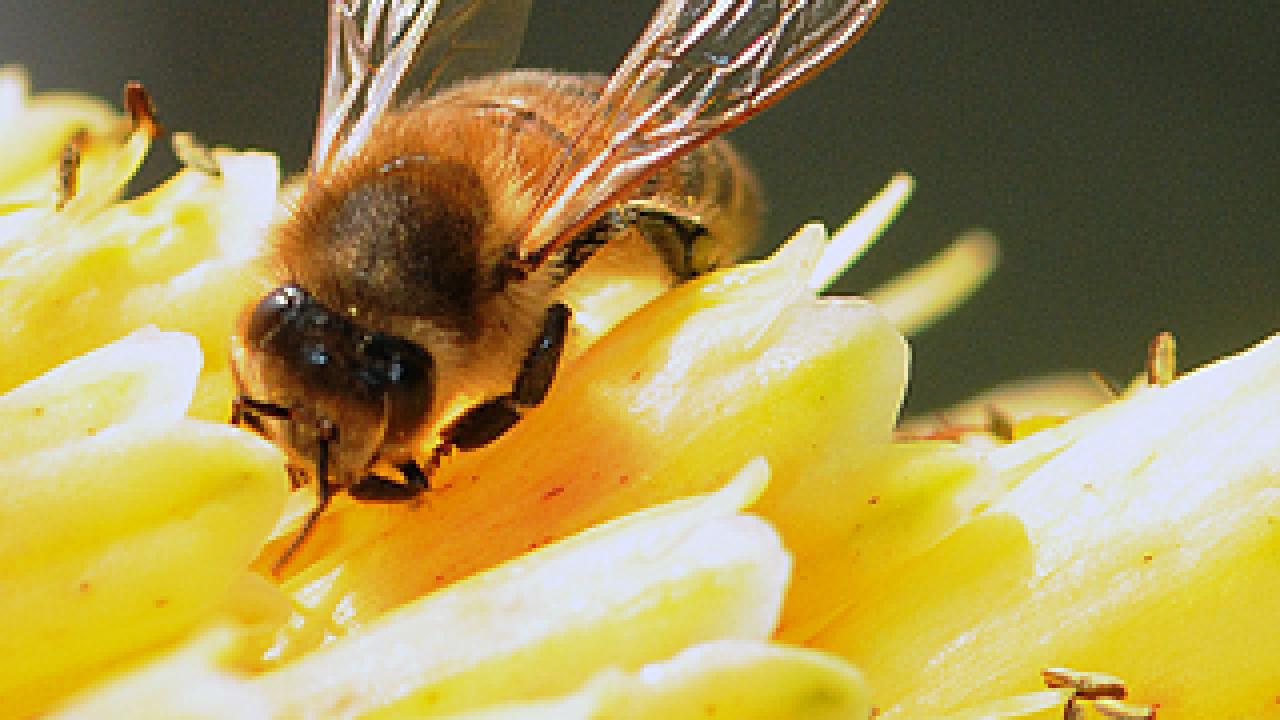 Ants and bees are surprisingly more genetically related to each other than they are to social wasps such as yellow jackets and paper wasps, a team of University of California, Davis, scientists has discovered. The groundbreaking research is available online and will be published Oct. 21 in the print version of the journal Current Biology.

Ants, bees and stinging wasps all belong to the aculeate (stinging) Hymenoptera clade — the insect group in which social behavior is most extensively developed, said senior author and ant specialist Phil Ward, professor of entomology at UC Davis.

“Despite great interest in the ecology and behavior of these insects, their evolutionary relationships have never been fully clarified. In particular, it has been uncertain how ants — the world’s most successful social insects — are related to bees and wasps,” Ward said. “We were able to resolve this question by employing next-generation sequencing technology and advances in bioinformatics. This phylogeny, or evolutionary tree, provides a new framework for understanding the evolution of nesting, feeding and social behavior in Hymenoptera.”

“With a phylogeny or evolutionary progression that we think is reliable and robust, we can now start to understand how various morphological and/or behavioral traits evolved in these groups of insects, and even examine the genetic basis of these phenotypic changes,” Chiu said.

Johnson, whose lab studies the genetics, behavior, evolution and health of honeybees, noted that the study showed that ants and bees are more closely related than previously thought.

“This result should be important for future studies focused on eusocial evolution, as it suggests that morphology may not be a good indicator of evolutionary relatedness in these groups of organisms,” he said. Eusocial behavior is characterized by cooperative brood care, overlapping adult generations and division of labor.

The scientists combined data from the transcriptome — showing which genes are active and being transcribed from DNA into RNA — and genomic (DNA) data from a number of species of ants, bees and wasps, including bradynobaenid wasps, a cuckoo wasp, a spider wasp, a scoliid wasp, a mud dauber wasp, a tiphiid wasp, a paper wasp and a pollen wasp; a velvet ant (wasp); a dracula ant; and a sweat bee, Lasioglossum albipes.

Of particular interest was the finding that ants are a sister group to the Apoidea, a major group within Hymenoptera that includes bees and sphecid wasps (a family of wasps that includes digger wasps and mud daubers).

The UC Davis results also provide a new perspective on lower Cretaceous fossil Cariridris bipetiolata, originally claimed to be the oldest fossil ant. Scientists later reinterpreted it to be a spheciform wasp.

“Our discovery that ants and apoids are sister taxa helps to explain difficulty in the placement of Cariridris,” the authors wrote in the paper, “and suggests that it is best treated as a lineage close to the root of the ant-apoid tree, perhaps not assignable with certainty to either branch.”

The scientists discovered that the ancestral aculeate wasp was likely an ectoparasitoid, which attacks and paralyzes a host insect and leaves its offspring nearby where they can attach to the outside of the host and feed from it.