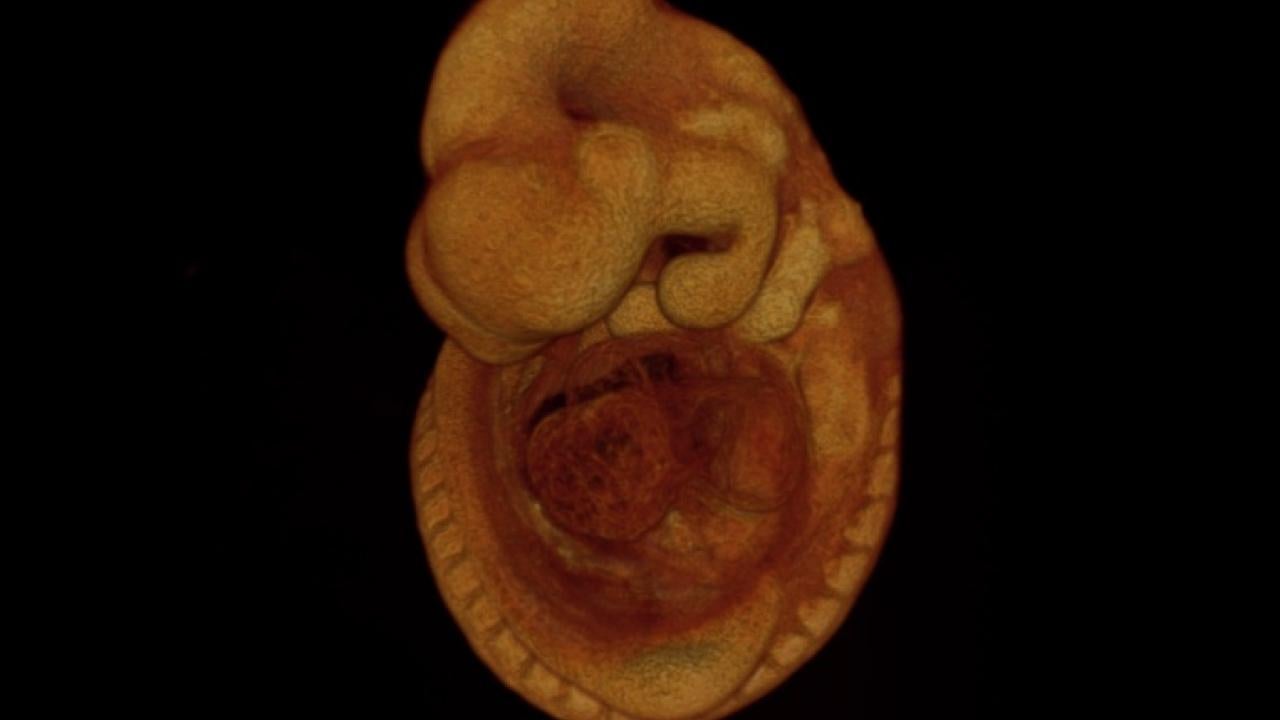 About one-third of 1751 genes studied in the first comprehensive survey of the mouse genome are essential to life, according to research by an international collaboration including the University of California, Davis, Mouse Biology Program. Mutations of these genes cause death at the embryo stage. Many of them have counterparts in the human genome, so understanding why these genes are so vital could help prioritize human genes for study.

“This is the first comprehensive survey of its kind, and it shows that one-third of the mouse protein-coding genome is essential to life,” said Kent Lloyd, professor of surgery at UC Davis and director of the Mouse Biology Program and the NIH-funded Knockout Mouse Project. “This begins to inform what may be happening in people.”

The work is being published Sept. 15 in the journal Nature.

The International Mouse Phenotyping Consortium, which includes UC Davis researchers, is generating and characterizing “knockout” mutations for all of the protein-coding genes in the mouse genome. The consortium aims to discover new functions for the roughly 20,000 genes mice share with humans, providing tools for investigating human disease.

The new study reports the results of the first 1,751 genes characterized by the consortium, finding that nearly one-third are essential for life. These include 410 that are fully lethal when mutated, and an additional 198 for which fewer than half of the expected number of mutants were identified, meaning that only a few variations of the gene lead to viable offspring.

Using high-resolution 3D imaging and automated, computational analysis of the images, the researchers established for each gene both the time of embryonic death and why the embryos died, shedding light on the function of these genes.

Many of these genes have counterparts in the human genome, and these genes are thus strong candidates for undiagnosed human genetic conditions.

“Where we don’t know the cause of disease, they may not have a full knockout, but a variant that doesn’t work quite right,” Lloyd said.

The mouse data could help prioritize genes to study through the national Precision Medicine Initiative, he said.

All data and images generated by the project are available to the research community via an open-source web portal in real time without embargo. The knockout mice generated are also available to other researchers who may be investigating particular pathways or disease phenotypes.

The International Mouse Phenotyping Consortium includes: the Knockout Mouse Project, a consortium led by UC Davis; a similar consortium led by Baylor College of Medicine in Houston; and the Jackson Laboratory in Bar Harbor, Maine, as well as international partners. All three U.S. organizations are funded by grants from the National Institutes of Health.