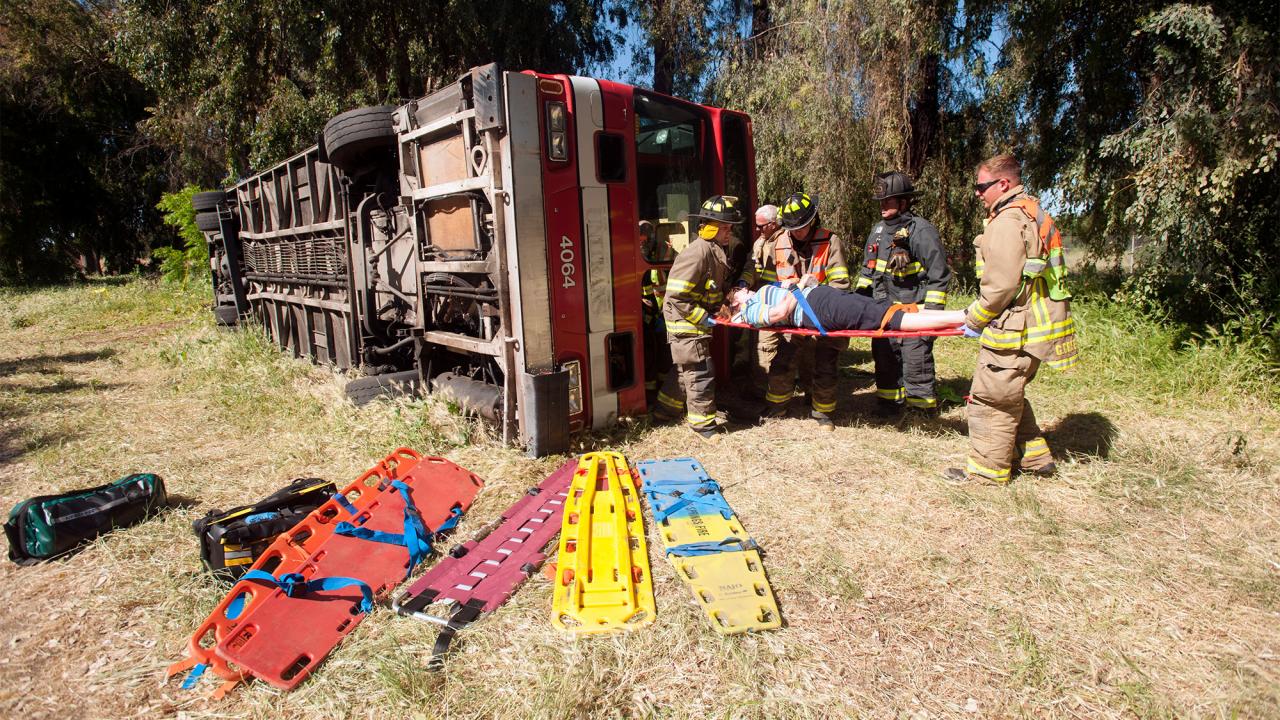 The UC Davis Fire Department EMT certification class has been named the best hands-on training in the nation, recognition for a course so popular that the most recent group filled in 40 minutes with almost no marketing.

“That program every quarter has about 400 people on the waiting list,” said Fire Chief Nate Trauernicht. “It truly is an amazing program.”

The recognition came last month from The Balance Careers, which named the course to its list of the seven best EMT certification programs in the nation.

The course, which began in 2014 and is separate from the department’s student EMT or student firefighter programs, is open to UC Davis students and members of the general public. It comprises online coursework and in-person training that includes clinical rotations with the UC Davis Health Department of Emergency Medicine and time on Sacramento Metropolitan Fire District ambulances.

Graduates of the course need only to pass a test from the National Registry of Emergency Medical Technicians after completion to be certified to work as an EMT, but many of the participants are UC Davis students planning to go on to medical school or pursue another type of health care career after graduation, Trauernicht said.

“This is a flagship example of not only getting hands-on work experience but academic curriculum to prepare them for a job,” he said.