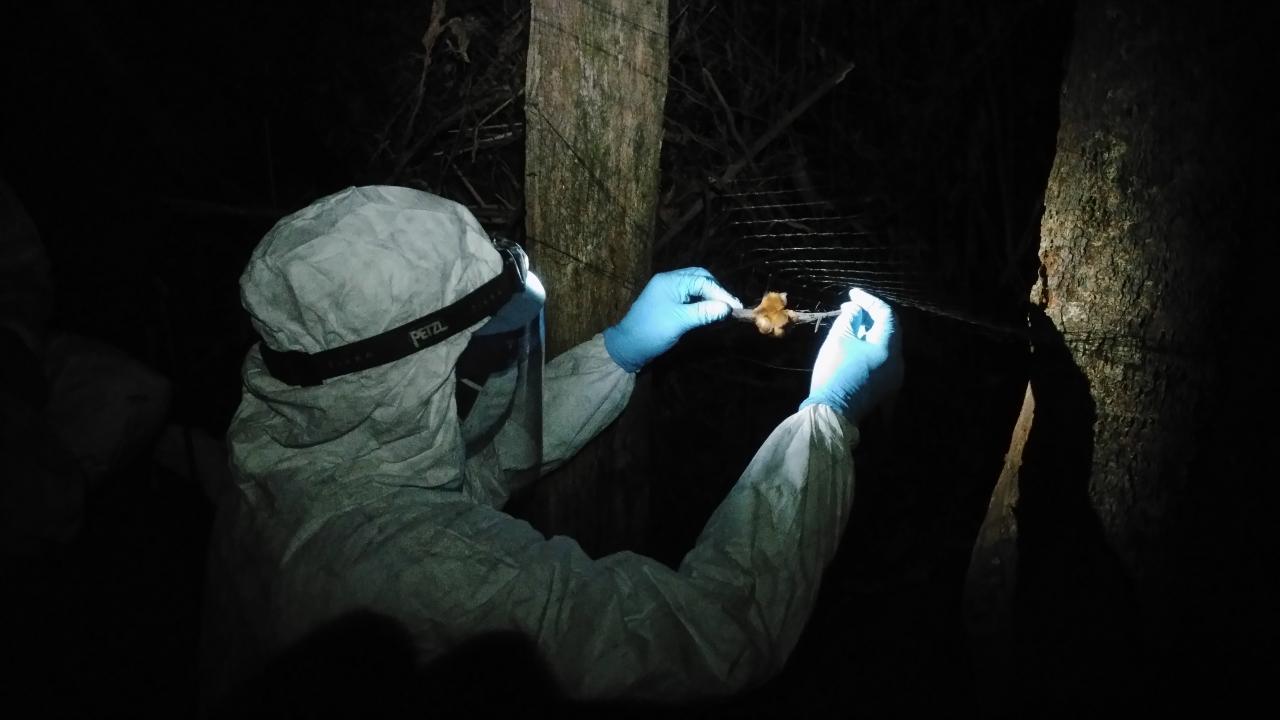 Ebola Species Found in Bats Ahead of Any Potential Outbreak

For the first time, scientists discovered a new ebolavirus species in a host prior to detection in an infected human or sick animal.

The discovery of the Bombali virus in bats in Sierra Leone and the sequencing of the complete genome was officially published today in the journal Nature Microbiology. The Sierra Leone government announced preliminary findings in late July.

The discovery was made by scientists at the University of California, Davis, One Health Institute and Columbia University’s Center for Infection and Immunity, working with the government of Sierra Leone and the University of Makeni and Metabiota. The work is part of the PREDICT Ebola Host Project, funded by the United States Agency for International Development.

The discovery illustrates the mission of USAID’s PREDICT project, which aims to find viruses before they spill over into humans. The Bombali virus has the potential to infect human cells, but it is unknown if the virus has already caused human infections or if it is harmful to humans.

“Identifying new viruses like Bombali ebolavirus in wildlife and testing their capacity for human infection can enhance our understanding of the pre-emergent viral diversity circulating in animals,” said co-lead author Simon Anthony, a virologist and assistant professor of epidemiology at Columbia University’s Mailman School of Public Health. “We want to discover viruses that have the genetic prerequisites for human infection and then prioritize them for further study and intervention.”

“If you want to prevent Ebola outbreaks, it’s important to know which species are hosts and can shed the virus,” said co-lead author Tracey Goldstein, an associate director of the One Health Institute at the UC Davis School of Veterinary Medicine. “Then we can help target changes in behavior so we can protect people, which is the overarching goal of our work.”

The PREDICT team sampled more than 6,000 animals in Sierra Leone and performed laboratory tests to look for both known and unknown ebolaviruses. Bombali virus was found in five individual bats belonging to two different species of insectivorous bats that were found roosting inside people’s houses.

The researchers emphasize that people should not attempt to kill or eradicate bats in response to the discovery. In fact, killing bats can actually increase the risk of virus transmission, not halt it.

Researchers have been engaging with local communities throughout the project. They continue to share results, answer questions and discuss with communities how they can live safely with bats and reduce their risk of exposure to the virus.

Infected bats are not known to show signs of illness but can shed the virus in their saliva and feces. As a result, other animals and people may be exposed if they touch live or dead bats, ingest food or water on which bats have fed, or if they come into contact with the urine or feces of infected bats.

Funding was provided by the United States Agency for International Development (USAID) Emerging Pandemic Threats PREDICT project and by the National Institutes of Health.