Fans may not be able to watch UC Davis basketball from the stands, but they can still see a recap of recent action in the above video. The video shows highlights of the men’s team vs. Long Beach State, Feb. 12 and 13. The Aggies won the first game, 68-66, and the second, also by 2 points, 78-76, in overtime.

LinkedIn: Chancellor May has ‘Idea of the Day’

Monica Fike, Editor at LinkedIn News: In an interview with Merryck & Co.'s Managing Director Adam Bryant, the chancellor of University of California, Davis, Gary S. May, said the following about building diversity within organizations:

"Commitment has to permeate from the top all the way down through the organization. Diversity is everybody’s job. It’s not just up to the chief diversity officer. You have to recognize and reward the behavior you want to encourage. And then you’ve got to have a long-term view because it’s not going to happen overnight. You’ve got to be patient and be persistent." [Click for link]

See where new strawberries are bred

A lot of behind-the-scenes work went into the two new strawberry variants UC Davis breeders recently released, and you can see some of that work in the above video. Glenn Cole, breeder and field manager with the UC Davis Strawberry Breeding Program, spoke with Good Day Sacramento from a greenhouse on campus, just a week after showing a reporter around the fields at the university’s Wolfskill Ranch.

UC Davis School of Veterinary Medicine: When a horse gives birth, the nose and two front limbs of the foal should appear first. When Bella went into labor, only the nose and one limb of her foal appeared. So, her owners rushed her to the UC Davis veterinary hospital where a team of equine reproduction, critical care, surgery, internal medicine, and anesthesia specialists met them as soon as they pulled in. Their expertise helped deliver a healthy colt. One month later, Bella and her colt are doing great. Read Bella's full story: [Click for link] 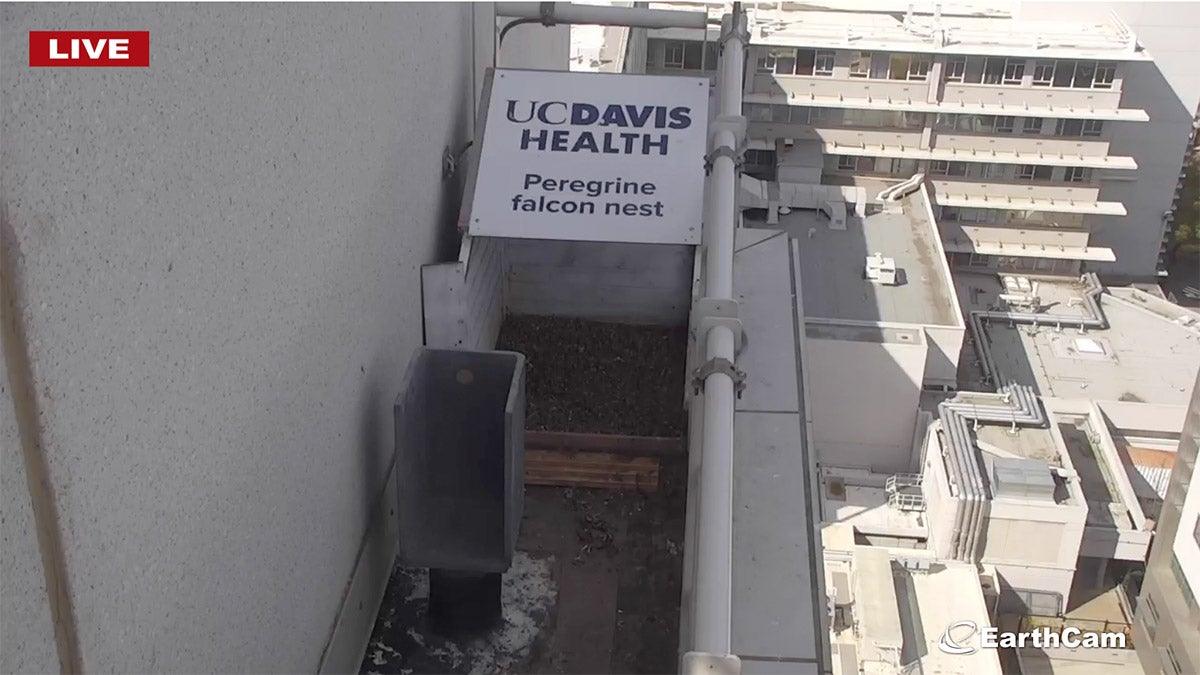 The peregrine falcon nest atop the UC Davis Medical Center may be empty, but it won’t stay that way for long. Bill Corbett, UC Davis Health’s in-house expert, gave a preview of the upcoming season:

“Right now, our peregrines are at the nest site and are doing typical courting ritual behaviors. We expect that eggs will be laid at the end of March and chicks will hatch around May 1.”

Read more about the falcons and find the link to the live webcam on the UC Davis Health website.