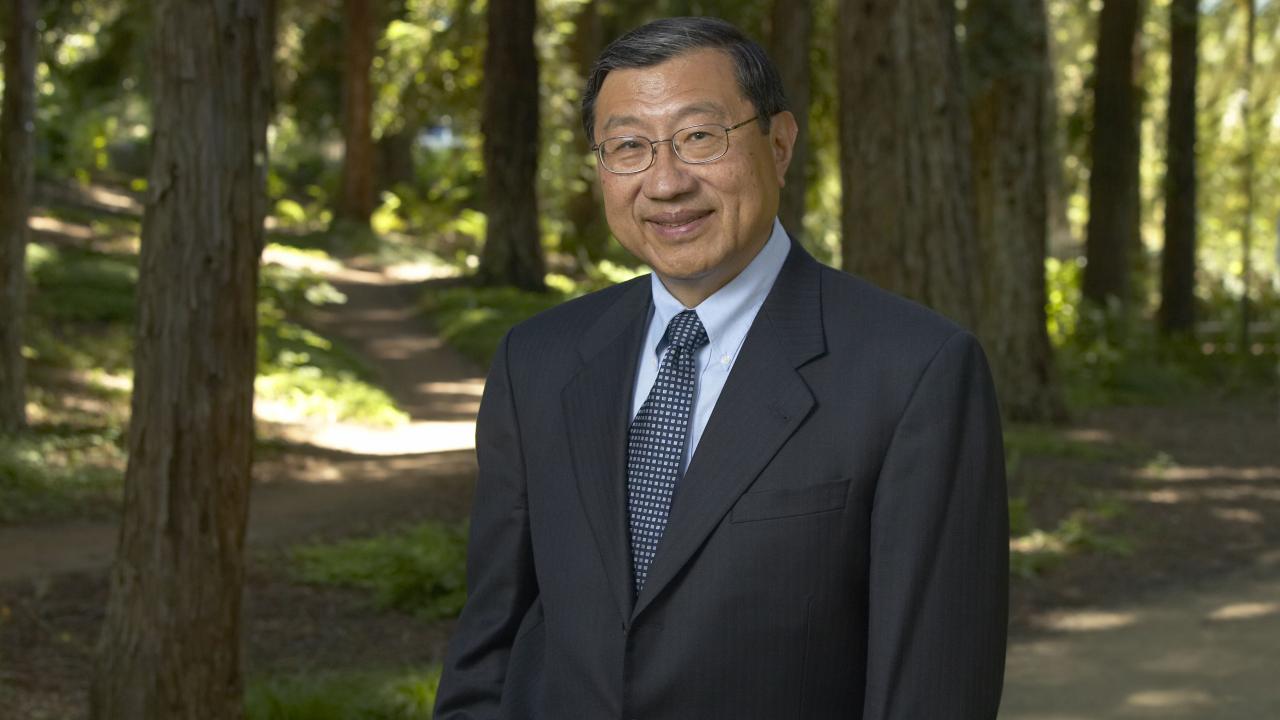 Professor Winston Ko, dean emeritus of mathematical and physical sciences in the College of Letters and Science, died unexpectedly Friday (July 26) while hiking with family members in the Big Sur area. He was 76.

“Winston was an outstanding leader, a respected colleague and a beloved friend to the university, and his legacy will live on to improve and inspire everyone in our campus community,” Chancellor Gary S. May said.

Ko was born in Shanghai and studied in Hong Kong before immigrating to the United States at the age of 18, sailing under the Golden Gate Bridge. He earned his bachelor’s degree at Carnegie Tech (now Carnegie Mellon University), and a master’s and doctorate in physics at the University of Pennsylvania.

Ko dedicated his entire professional life to UC Davis. He arrived as a postdoctoral scholar in 1970 and became a member of the faculty of the Department of Physics in 1972. He served as department chair from 1998 to 2003 when he was appointed dean of the former Division of Mathematical and Physical Sciences, one of three divisions that constituted the College of Letters and Science at the time.

He retired in 2013 after completing two terms as dean and 41 years on the faculty. Since his retirement, Ko continued to have an active presence on campus at symposia and special events, and maintained professional discussions and close friendships with colleagues from many disciplines.

“Winston Ko brought a deep commitment to excellence and innovation to UC Davis, a commitment that informed his own scholarship, his leadership, and his vision to create a legacy for science leadership at UC Davis. He will be deeply missed,” said Elizabeth Spiller, dean of the College of Letters and Science.

Ko was an energetic and passionate advocate for UC Davis, and for education in the mathematical and physical sciences, which he believed provided a fundamental background applicable to a wide variety of careers. Under his leadership, the division expanded graduate enrollment, doubled its extramural research funding and opened two new buildings: Mathematical Sciences, housing the departments of Mathematics and Statistics; and Earth and Physical Sciences, housing the Department of Earth and Planetary Sciences.

From the heavens to deep Earth

The division, Ko liked to say, encompassed research from the heavens to the deep Earth and from the largest structures of the universe to the smallest subatomic particles. Ko’s own research focused on the latter. In 1992, Ko and other UC Davis physicists were among the first U.S. researchers to join the Compact Muon Solenoid experiment, part of the Large Hadron Collider at the European Organization for Nuclear Research, or CERN, in Switzerland. In 2012 the international team working at the LHC announced the discovery of the long-sought Higgs boson.

On his retirement, Ko and his wife, Katy, established an endowment to fund a professorship and a public lecture series in the College of Letters and Science. R. David Britt, distinguished professor of chemistry, is the first appointee to the Winston Ko Professorship in Science Leadership.

Ko also was active in the Davis community, serving on a committee drafting the city’s general plan in the 1970s. He was a founder and elder of the Davis Chinese Christian Church.

His family planned a private burial service. A memorial service is planned for the fall. Memorial gifts can be made to the UC Davis Foundation-Winston Ko Memorial Fund, in care of UC Davis Gift Administration, 202 Cousteau Place, Suite 185, Davis 95618; or the Davis Chinese Christian Church, 536 Anderson Road, Davis 95616.